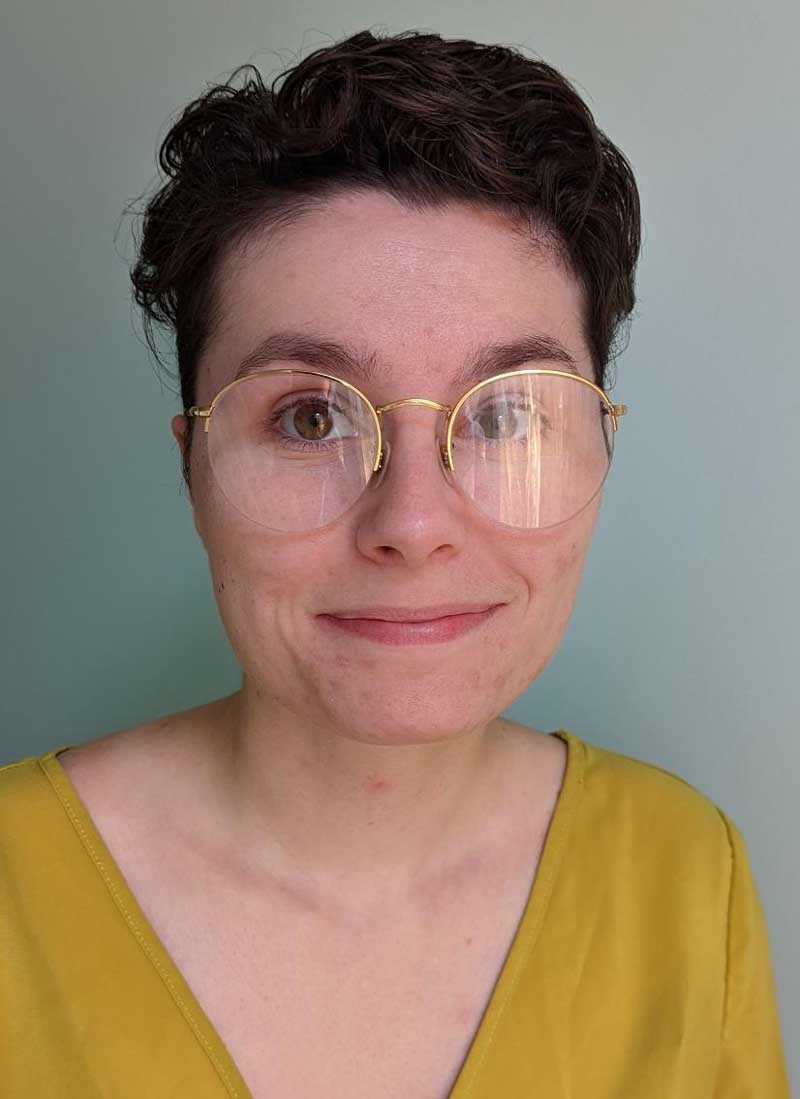 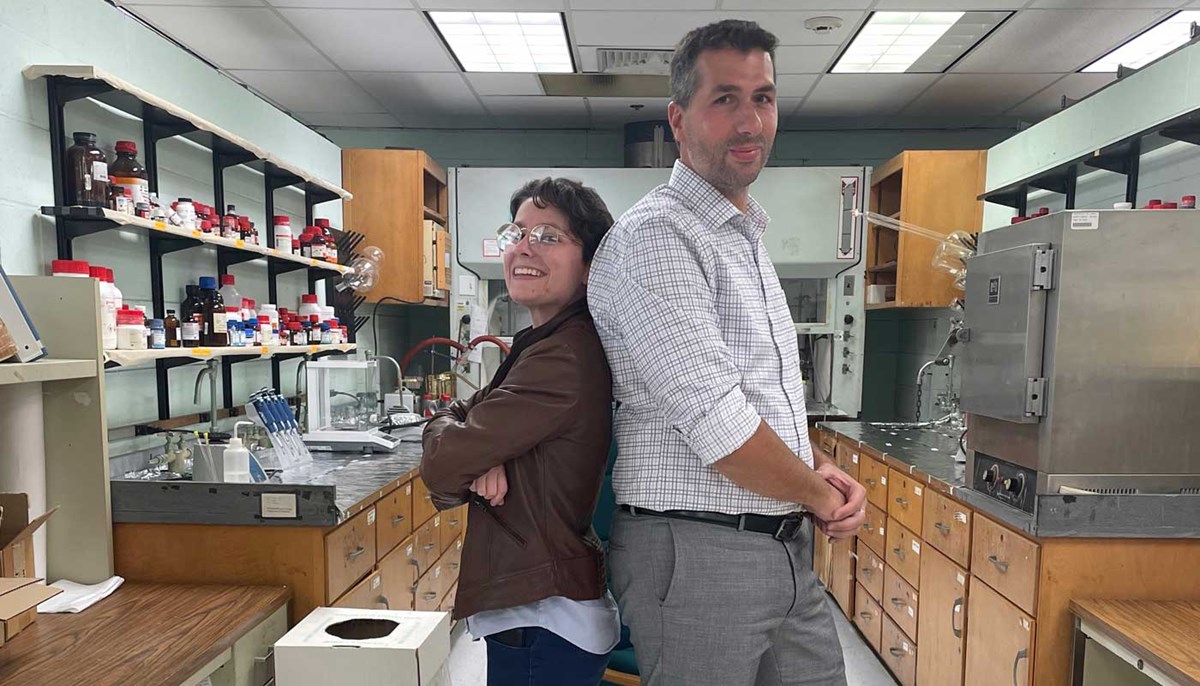 “I learned a lot of fundamentals in Gkikas’ lab, which gave me a lot more confidence working in a laboratory environment,” says Skinner, who double-majored in chemistry and political science.

Skinner began working in Gkikas’ lab during her sophomore year and soon got involved in a research project, in which she created anti-microbial drugs for Massachusetts General Hospital to test on a multidrug-resistant bacteria, Pseudomonas aeruginosa.

“Most of the anti-microbials we synthesized had some level of efficacy against Pseudomonas aeruginosa,” she says. “One anti-microbial that I made mainly on my own was most effective against the bacteria.”’

In 2022, the findings were published in Nature Communications with Skinner listed as a co-author.

“Undergraduates should know that getting a paper published is possible,” she says.

Gkikas helped Skinner find scholarships to help pay for her education while she worked in his lab. One of the scholarships came from the Independent University Alumni Association at Lowell, while the other came from the Louis Stokes Alliances for Minority Participation (LSAMP) program.

Through LSAMP, Skinner discovered the Smithsonian Astronomical Observatory Latino Initiative Program (SAO/LIP) at the Center for Astrophysics in Cambridge during her senior year. She got into that program and eventually was offered a full-time position as a physical scientist.

After three years at the Center for Astrophysics, Skinner decided to pursue a Ph.D. in chemistry at the University of New Hampshire.

The Danville, New Hampshire, native wasn’t always sure that she wanted to make a career out of chemistry.

“I double-majored in chemistry and political science because I couldn’t decide whether to do STEM or social science, but STEM just worked out,” she says.

The International Relations Club is initially what drew Skinner to UMass Lowell. With this student organization, she got to participate in Model United Nations conferences in Scotland, Ireland and Belgium.

“Traveling to other countries was a huge benefit, because it can be hard to do exchange programs as a STEM major because of all the required classes,” she says. “It was great to see those places and have those experiences.”

Skinner also found time for a work-study job in the undergraduate admissions department.

“Everyone there is amazing,” she says. “I have emailed them throughout the last few years, telling them what I was doing and keeping them updated.”