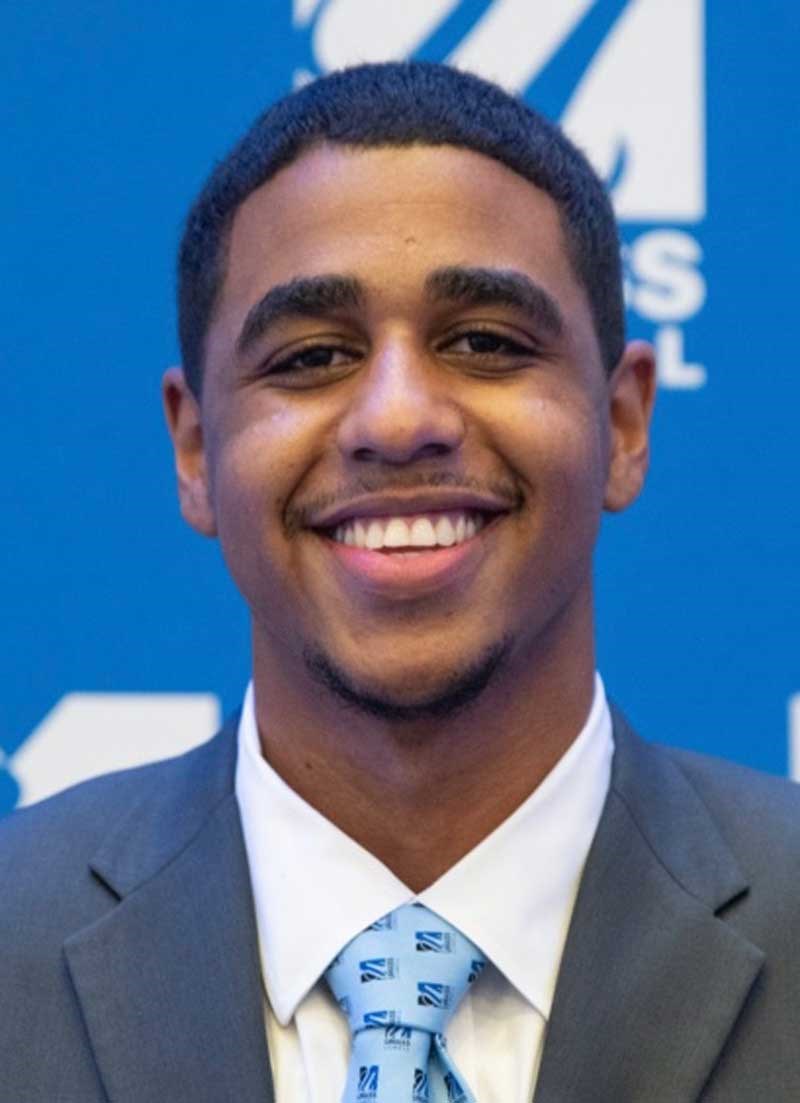 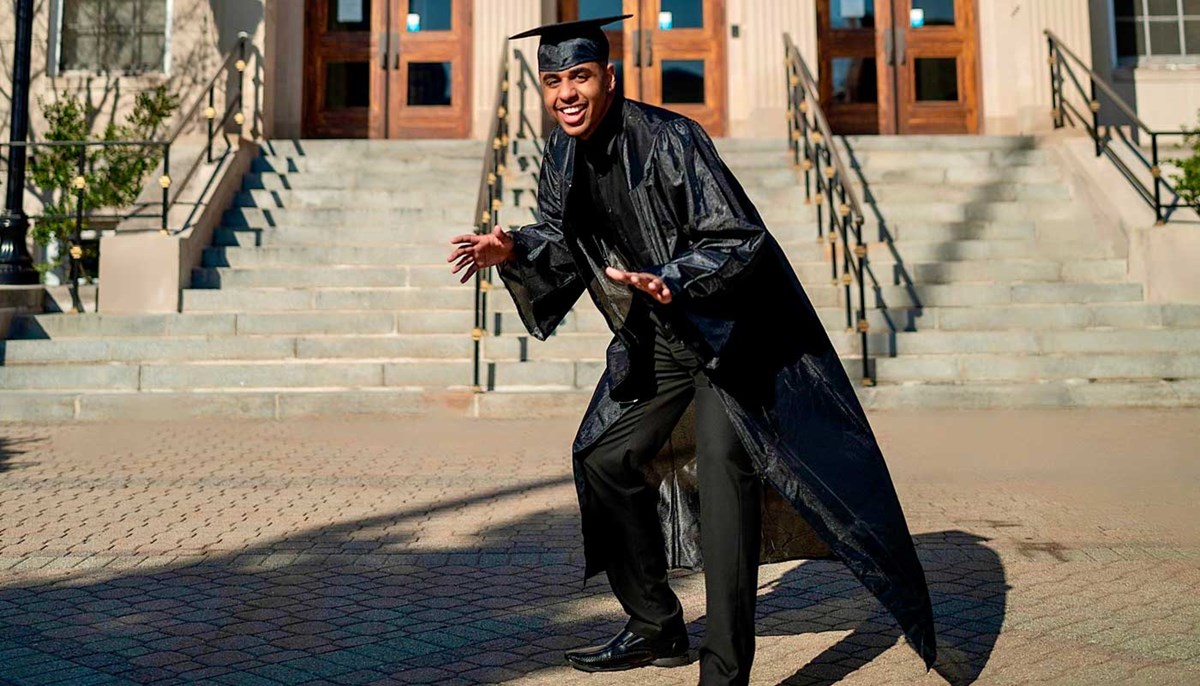 As Cleidir Mendes begins his first job out of college at Fidelity Investments, the business administration major can trace a four-year line through a series of mentors at UMass Lowell who helped him reach this moment.

It started in his freshman year, when Deborah Finch, an associate teaching professor in the Manning School of Business, suggested that Mendes become a Student Alumni Ambassador. That led to him meeting Assoc. Director of Alumni Relations Reja Gamble, who convinced Mendes to join an alumni mentorship program that the office was piloting.

Mendes was paired with business alum Kazeem Dayo Ibraheem ’02, a senior account manager at UPS and assistant track and field coach at UML. He introduced Mendes to one of his former runners, Ruben Sanca ’09, ’11, now director of student life and well-being.

Sanca ended up mentoring Mendes during his job search in senior year and arranged a meeting with an investment solutions representative he knew at Fidelity. They soon alerted Mendes to an opening for a customer relationship advocate position — which Mendes applied for and landed.

“It’s all about connections,” the Brockton, Massachusetts, native says. “I’m very thankful that I had so many people who supported and guided me. Having those mentors was a huge resource.”

As a first-generation college student, Mendes says that kind of support was why he chose UML.

“In talking to people who went there, I heard how the professors and staff always want the best for you. They want to help you move forward. That was big for me,” he says.

An interest in computers led Mendes to originally enroll as an electrical engineering major. But after one week of classes, he realized he was heading down the wrong path. Working with his advisor, he was able to switch his major to business (finance concentration) by spring semester of freshman year.

“I’m glad I was able to make my decision early in my academic career,” he says. “UMass Lowell offers so many different degree pathways, and the advisors are happy to help you through the process of changing majors.”

The change in majors led to a change in academic mindset for Mendes, who was not happy with his 2.5 GPA after his first semester.

“My sophomore year, I started studying more at the library and focusing more in class, because I realized I had to make a big shift in the way I learned,” he says. “Because of my shift and because of the amazing professors at UML, I was able to graduate with a 3.7 GPA.”

Mendes participated in the DifferenceMaker program his senior year, which taught him “how to question problems, how to conduct research and how to make better presentations.” He also played on the men’s club soccer team.

His job at Fidelity will be a hybrid position, with Mendes splitting time between an office in Smithfield, Rhode Island, and his mom’s home in New Bedford, Massachusetts, where he has two younger siblings.

Mendes, who plans to work for a few years before getting a master’s degree and earning his Chartered Financial Analyst certification, says Commencement was a proud day for his whole family.

“My mom always tells me that I’m showing my little brother and sister a pathway,” Mendes says. “I wanted to show her that I am able to go all the way — that I have worked hard and reached an important milestone.”