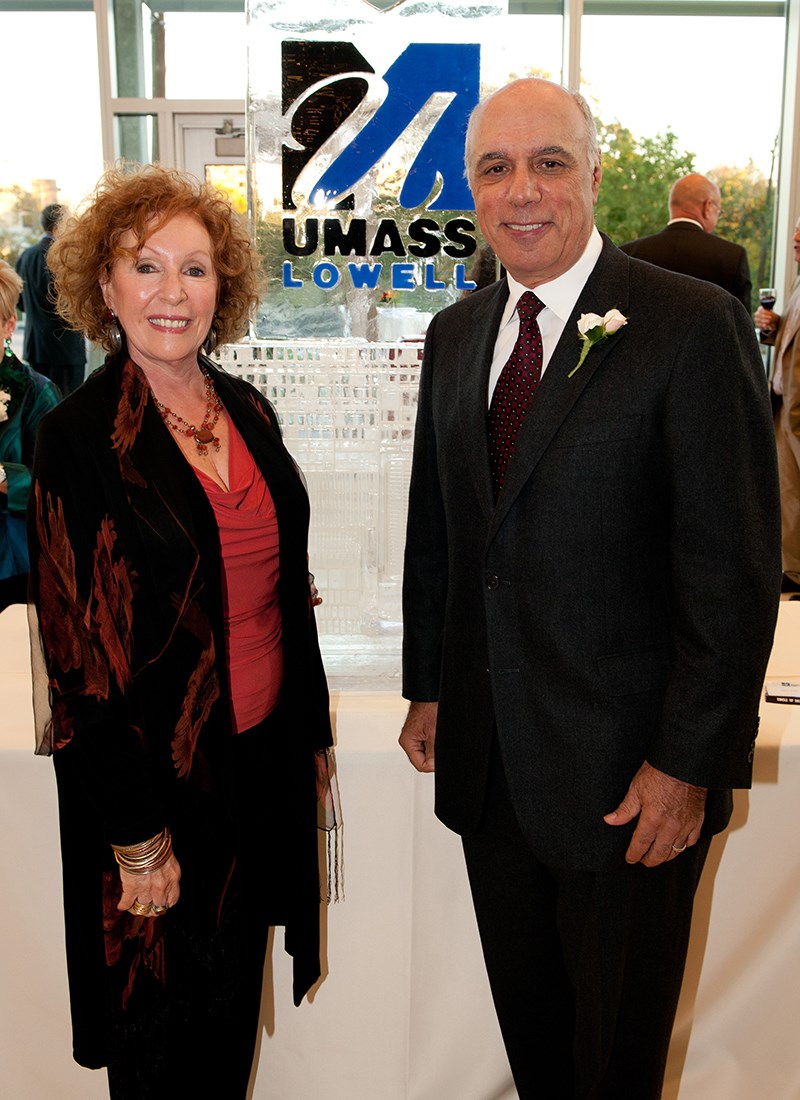 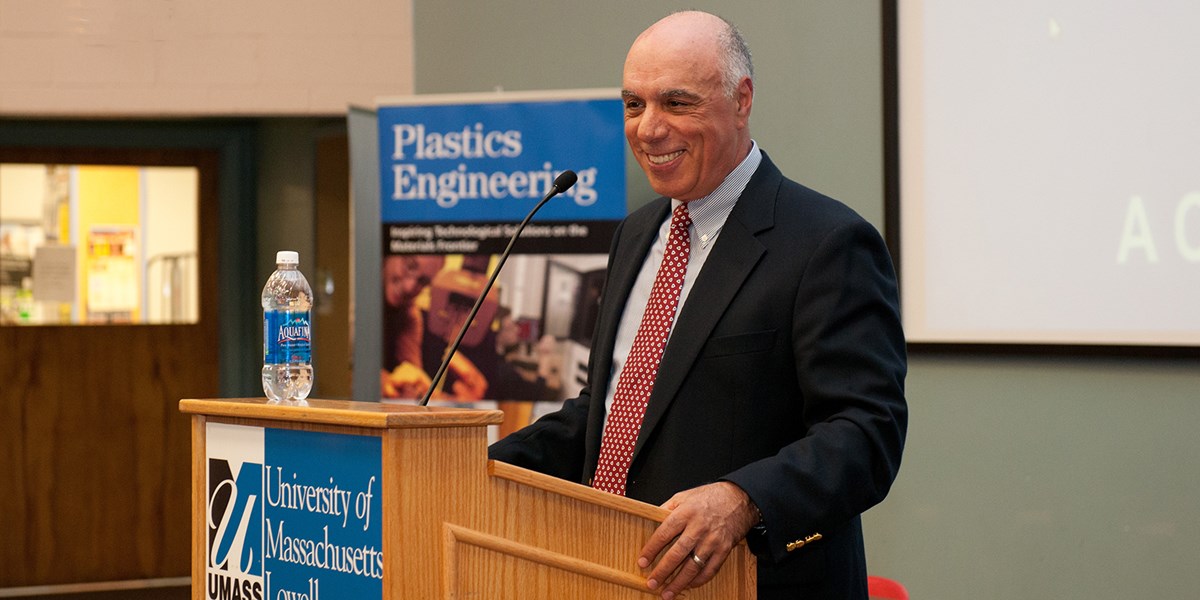 As satisfying as it’s been to follow the progress of the $50 million renovation project that now bears his name, an even bigger thrill for Barry Perry ’68, ’15 (H) is the letters he keeps getting.

“Having my name on the building is very nice,” says Perry, whose gifts – along with those of others – have made possible the recent reopening of the old Engineering Building, re-christened as Perry Hall. “Maybe one day, my grandkids will see it and think good things of me. But what’s been really great is all those letters.”

The letters are from scholarship students – as Perry himself once was – and have been arriving now for nearly 15 years, since the first disbursements of aid from the Barry W. Perry Plastics Engineering Endowment Fund, which he established in 2005.

“They usually tell me a little about their lives – which are different, of course, from how things were in my time,” Perry says. “But a lot of it is still pretty familiar. Some things don’t change that much.”

Perry, the son of a prison guard and a textile-plant worker, excelled from the moment he arrived on the Lowell Tech campus in the fall of 1964: honors student, president of the Delta Kappa Phi fraternity’s Beta Chapter, twice listed in “Who’s Who” Among Students. And at graduation, along with a bachelor of science in plastics engineering, the coveted Dean’s Key award.

He was married already by then to his high school girlfriend Janice, a student at sister-school Lowell State. They would raise three daughters together, all the while uprooting and re-rooting more times than he can count today.

Within months of graduation, Perry was at work for General Electric, where he would remain for the next 22 years in an escalating progression of management jobs and a revolving cycle of new addresses, including five years in Japan. In 1993, following a two-year stint as group vice president at the French chemical giant Rhone-Poulenc, he changed jobs for the last time: to New Jersey-based Engelhard Corporation, a chemical and metals firm whose product line ranged from specialty pigments to the ingredients in high-end cosmetics.

He was there eight years when he was named chairman and CEO. By the time the company was acquired five years later by Germany’s BASF Group for just under $5 billion, he had repositioned it within the industry, divesting old businesses and taking on new ones, and more than doubling its stock value. At that point, Perry retired. He was 60 years old.

If he’s slowed down at all since then, it hasn’t been by much. He and Janice divide their time these days between two homes – in Pennsylvania from May to December, and South Carolina the rest of the year. Their three grown daughters and the families they’ve raised are the focus of much of their travel and time. Christmas, their favorite holiday, is a time of “joyous mayhem,” he says. Meanwhile, Perry “keeps his head in the game” by serving as board member of a Fortune 500 company and director of a community nonprofit.

Perry’s role with UML remains a staple of his life. In addition to the seven years he spent as advisory board member to the Francis College of Engineering and his support of the Dean’s Discretionary Fund, there was his gift of $1.25 million to mark the kickoff of the long-overdue renovations of today’s Perry Hall, with its new labs, classrooms and conference rooms – space that Francis College of Engineering Dean Joseph Hartman has called “a vibrant and diverse setting for academic research and teaching.” And of course, there’s the Perry Endowment Fund, and all those letters he gets.

“Our standard of living in the U.S. today is due largely to our productivity – and engineering is at the root of that,” Perry says. “I want to do whatever I can to encourage young people to go in that same direction, to keep that standard alive.

“The education I got [at UML] has made so much possible for me,” he says. “I’m eternally grateful for that, and I want to give back. And today’s students deserve the same chance.”