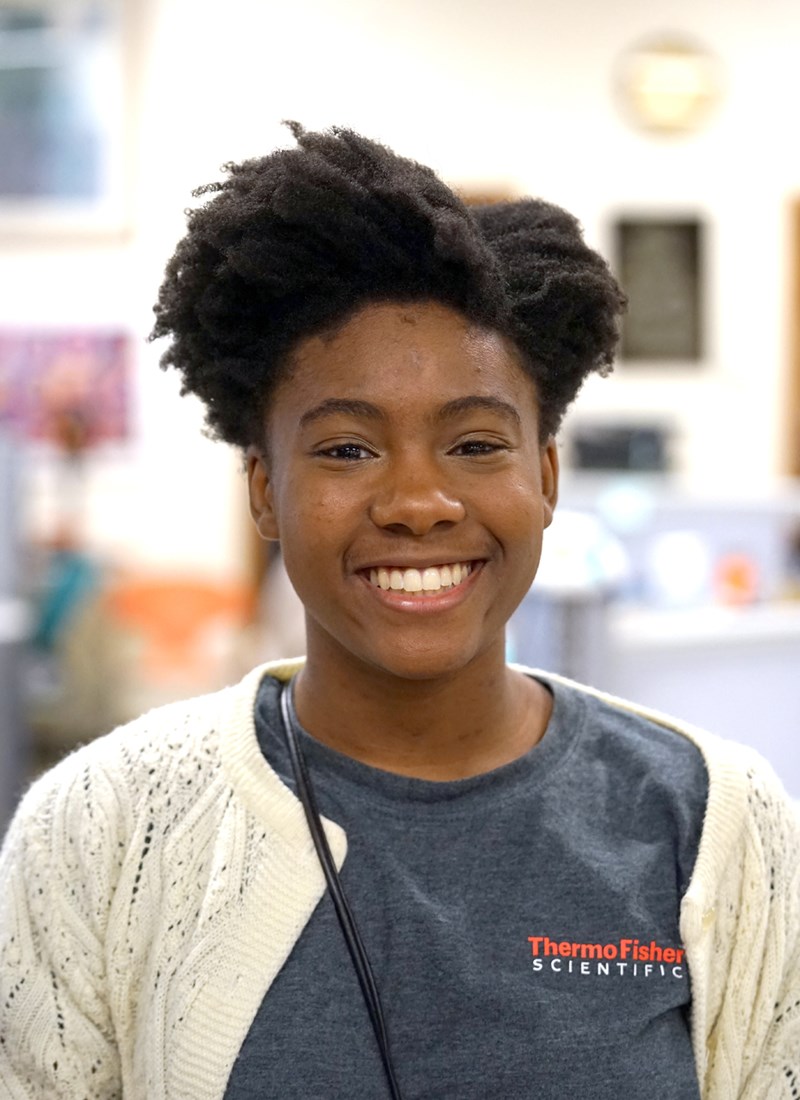 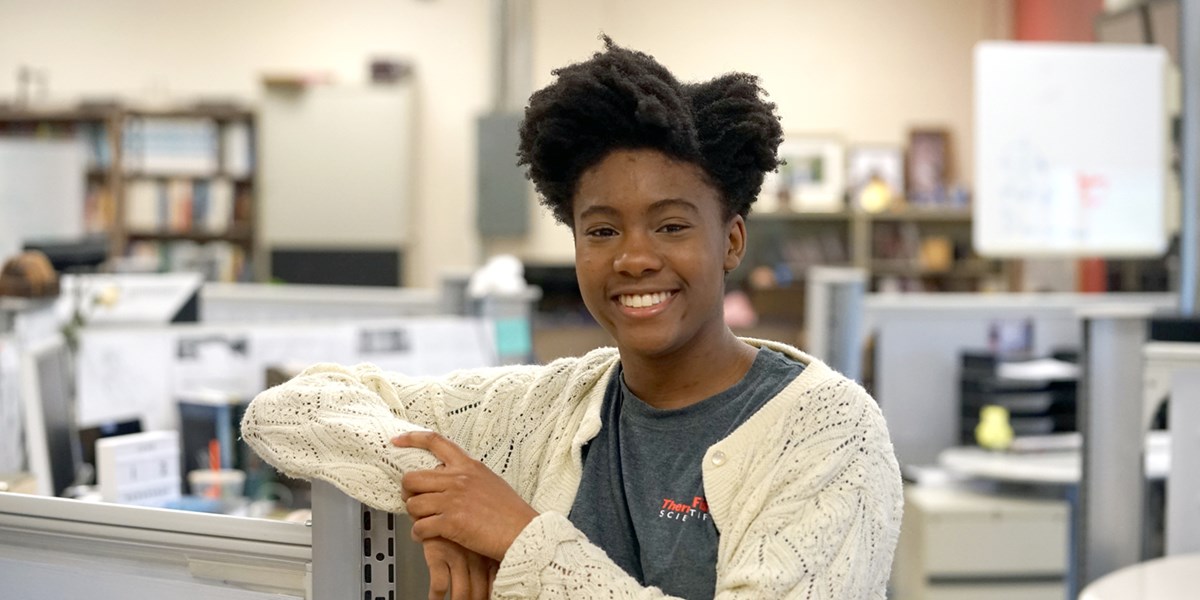 Arielle Joasil had her pick of colleges coming out of Brockton High School, but she had a good feeling about UMass Lowell.

“It had a great engineering program, it was very cost-effective, and it was far enough away from home to feel like I was getting the college experience,” Joasil says. “I knew there was something here for me.”

Four years later, Joasil can hardly believe the wealth of opportunities she’s discovered as an electrical engineering major at UML.

“It’s more than the engineering program,” she says. “It’s the people, the professors, the activities and the campus engagement. There are so many opportunities here – so many hidden gems.”

Through the Professional Cooperative Education program, Joasil worked for 14 months at Thermo Fisher Scientific in Tewksbury. As part of the Urban Massachusetts Louis Stokes Alliance for Minority Participation (UMLSAMP) program, she spent a year and a half as a research fellow at the Harvard & Smithsonian Center for Astrophysics in Cambridge. Most recently, she has worked as an undergraduate research assistant at UML’s Center for Advanced Computation and Telecommunications (CACT).

Along the way, Joasil was elected president of the Haitian American Student Association (HASA) and served as a member of the Tau Beta Pi engineering honor society and the National Society of Black Engineers.

“UMass Lowell was easily one of the best decisions I could have ever made,” says Joasil, who plans to continue in the Francis College of Engineering for her master’s degree through the Plus 1 Program. “I’ve grown so much as a person and as a leader, and I feel more prepared professionally.”

At the CACT, located in Falmouth Hall, Joasil is working with Profs. Kavitha Chandra and Charles Thompson on a “source localization project” that investigates where a sound is coming from in a noisy and enclosed space.

“Our ears can do it, but it’s more difficult for a device to do it,” says Joasil, whose work includes programming, analyzing data and building tools to use in the research that could be applied to radar and wireless communication networks. She wrote a paper on their preliminary findings, which the research group presented at the Acoustical Society of America’s 177th Conference in Louisville, Ky.

“I’ve been able to apply a lot of material directly from classes like signal processing and complex variable theory. It all comes together here,” says Joasil, who is now considering a telecommunications concentration for her electrical engineering master’s degree.

At Thermo Fisher Scientific, where Joasil developed a design verification test for an optical spectrometer, she learned about troubleshooting, problem-solving and “how to ask for help.”

“I feel like I have a good foundation wherever I go,” says Joasil, whose lifelong love of space led to her fellowship at the Harvard & Smithsonian Center for Astrophysics following her freshman year. There, she studied how white dwarfs (what stars become after they’ve exhausted their nuclear fuel) are polluted by rocky material in their atmosphere.

“I wanted different opportunities, which is why I’m so grateful for the opportunity to come to UMass Lowell,” says Joasil, whose parents emigrated to the U.S. from Haiti. “The school does a really good job of making sure you have more than what you need. And you can find anything, anywhere.”