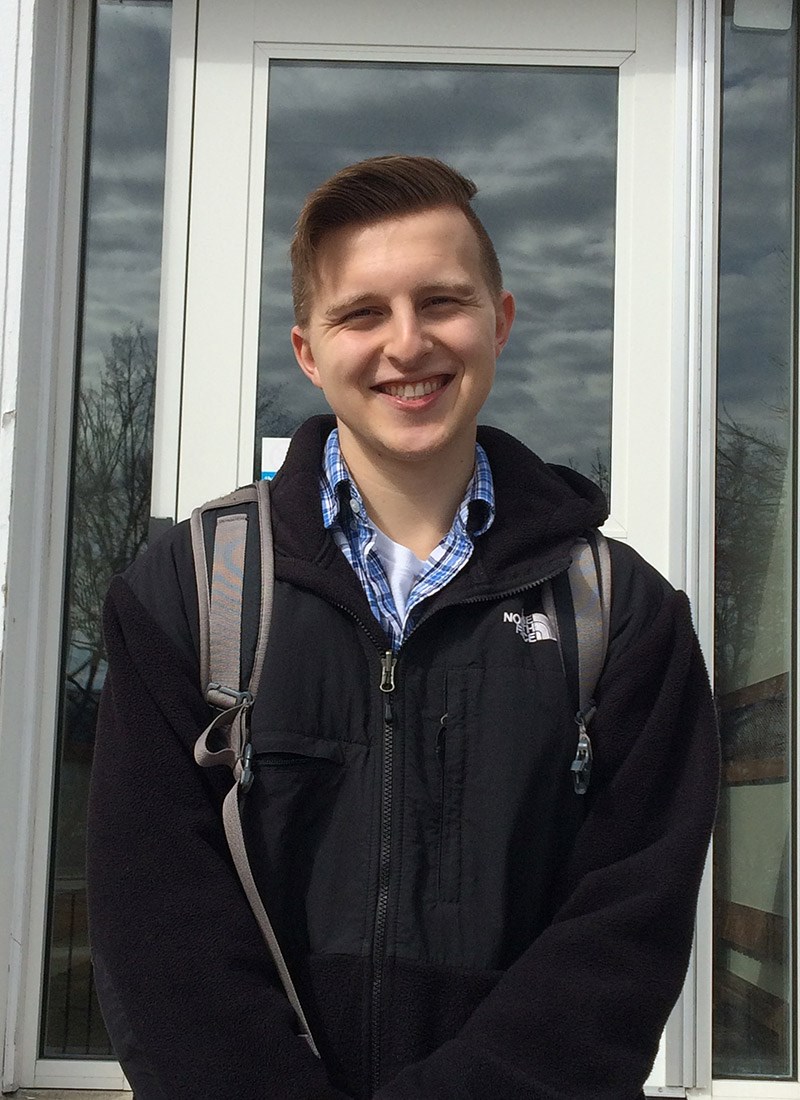 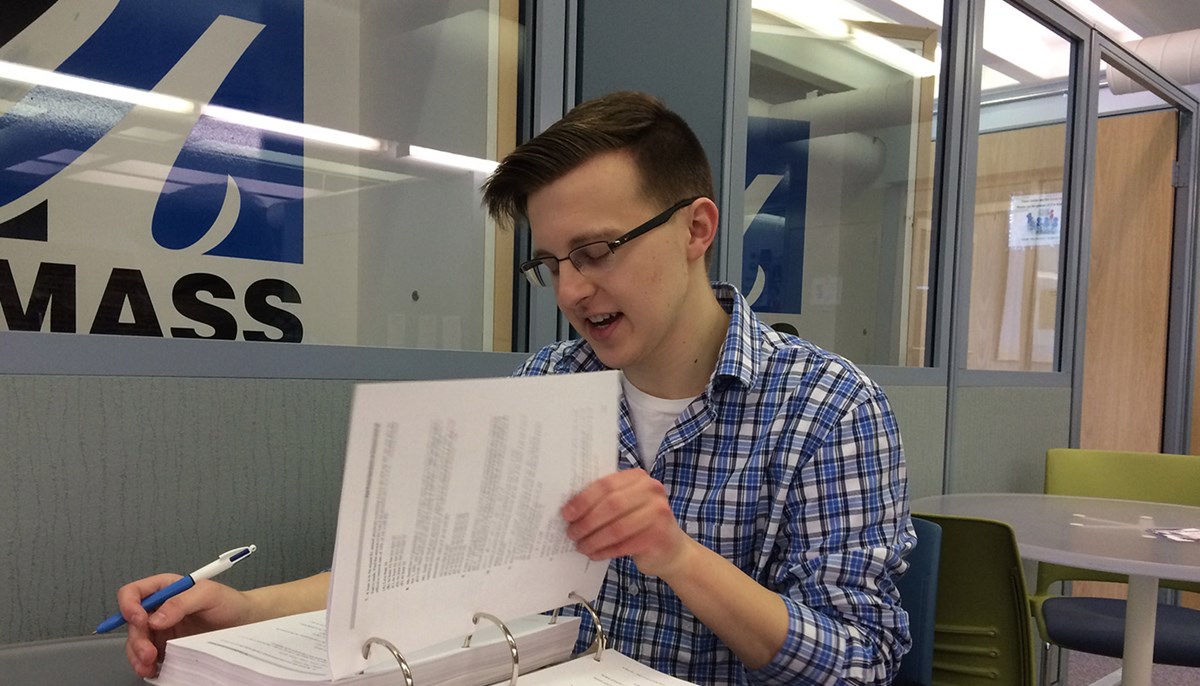 But when he ran the numbers, they just didn’t add up. So he weighed his options and decided to come to UMass Lowell instead.

Looking back, he can’t believe UMass Lowell wasn’t his first choice all along. He was offered a place in the Honors College, a $4,000 scholarship to do research with a professor the summer after his freshman year and a financial aid package that allowed him to graduate without debt.

The university also accepted a semester’s worth of AP credits—and he put the extra time to good use when Kerry Willard Bray, assistant director of cooperative education for the Career & Co-op Center, helped him land a professional co-op as an actuary at John Hancock Financial.

“Honestly, if I could, I’d go back and shake myself and say, ‘Don’t sleep on UMass Lowell. Just accept!’” Gaeta says. “You get so much more for your dollar here.”

Gaeta says his math classes in probability and statistics and his economics classes prepared him well for his co-op at John Hancock, where he did the same work as any entry-level employee.

His job was to take the company’s raw data on active insurance products, including premiums and payouts, the policyholder’s age and provisions for beneficiaries, and then prepare the information for input into commercial actuarial software that would analyze the risk of default under different market scenarios. There was no set formula, so he had to figure out how to convert each data set to be readable by the actuarial software.

“I love analyzing risk and seeing and making predictions about market behavior,” he says. “UMass Lowell taught me how to take a problem and solve it, or at least move forward toward a solution.”

Gaeta passed his first actuarial exam at the beginning of his junior year—10 are required to become a full fellow of the Society of Actuaries—and had passed another before the start of his senior year.

Gaeta’s hard work and experience paid off when Fidelity offered him a job upon graduation. He has since passed three more actuarial exams, putting him halfway toward his goal.