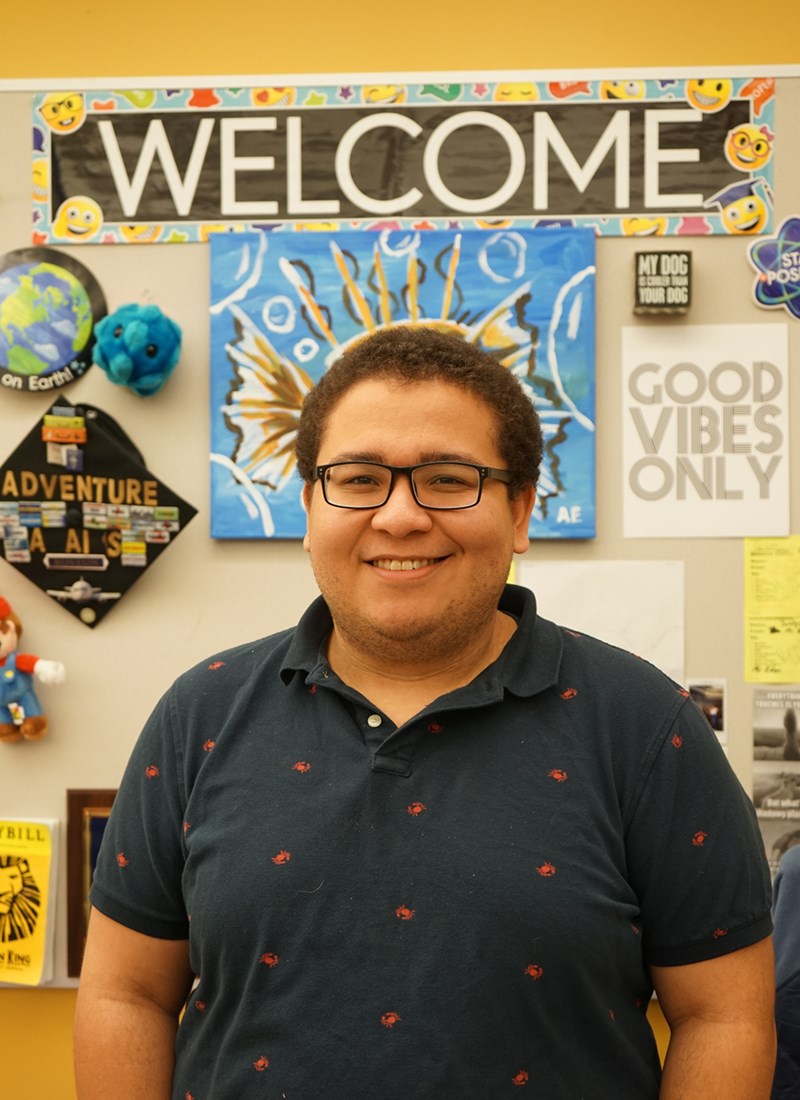 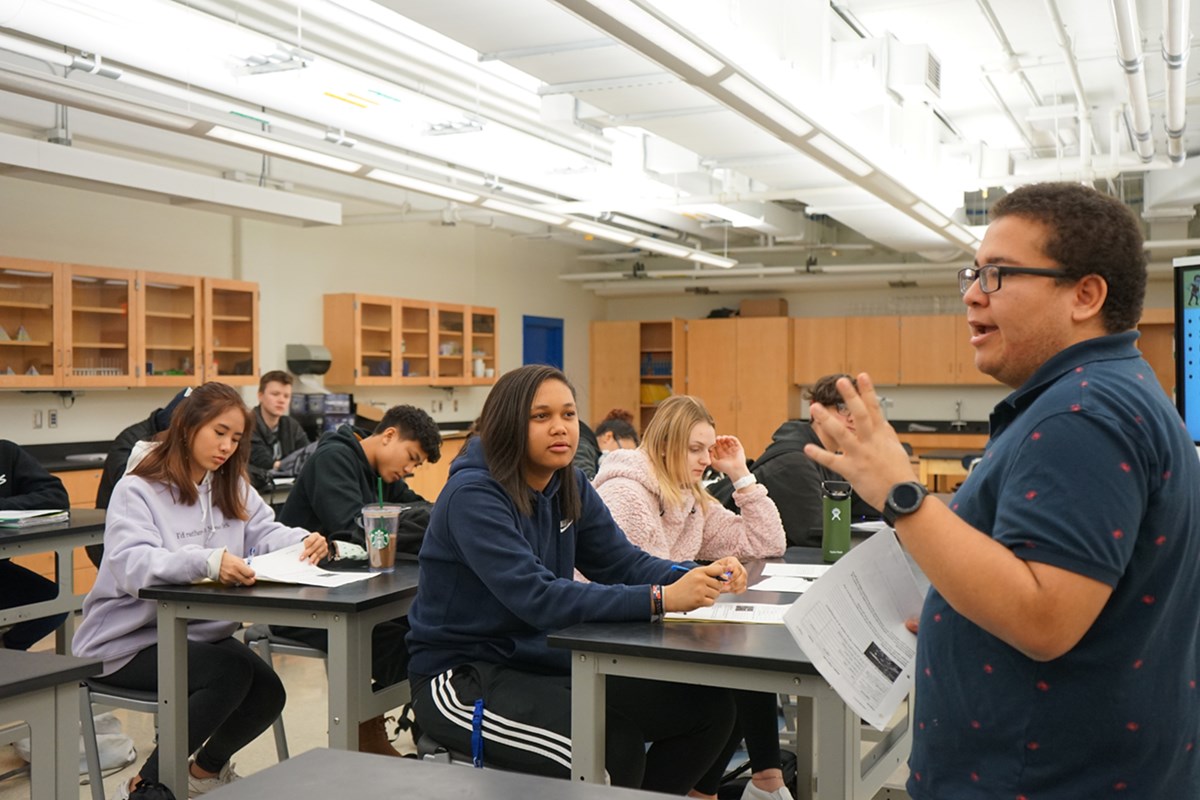 Alexander Eden was valedictorian of his class at Greater Lawrence Technical School in Andover, but he struggled as a biology major and UTeach minor when he started at UMass Lowell.

“I went to college thinking, ‘How different can it be?’ It was a shock,” he says. “I was a first-generation college student, and I didn’t know how to study or how to get help. I had a lot of anxious moments.”

The UTeach program, an education minor for students in STEM majors (science, technology, engineering and math), helped him. As part of learning how to be a good teacher, Eden learned about barriers to student success and college access – and he gained insight into how some of those factors had contributed to his own struggles.

“This is why I want to teach high school students, because I think I can help them and serve as a role model,” he says. “I’m Hispanic, I’m first-generation, and I came from an urban background. They can look at me and say, ‘If he went to college, I can go to college.’”

Eden chose UMass Lowell after visiting the campus because “it just felt right – I liked the vibes.” He didn’t even know about UTeach when he applied, but he did know that he wanted to be a high school biology teacher. So when he came to freshman orientation and saw the UTeach presentation, he thought, “I have to do this!”

He also came to UMass Lowell for the clubs and activities, including Sigma Beta Rho, a multicultural fraternity. With its social, networking and leadership events, the fraternity helped him stay connected and motivated when he moved back home his sophomore year to save money.

Eden graduated in 2018 without doing his student teaching because Asst. Prof. Rick Hochberg had invited him to work in his lab as a research assistant in his senior year, studying animal neurobiology. After graduation, Eden worked in a neurobiology lab at Brandeis University for nearly a year, while starting on his master’s degree in biology at UMass Lowell.

Then, in spring 2019, Eden decided to get back on track to be a teacher. He asked Asst. Clinical Prof. of Education Sumudu Lewis, co-director of UTeach, if she could find him a student teaching placement – the last step to getting his initial teaching license. (He’d already passed his licensure exams, the MTELs, as a sophomore.)

Lewis found him a spot at Lawrence High School. Eden worked with juniors and seniors, 90 percent of them English language learners and many of them recent immigrants, to help them pass the science portion of the MCAS test, which is required for high school graduation. He also confronted a lot of behavior problems.

“They placed me in the classroom where I faced the most challenges,” he says. “I loved it! The experience made me passionate about English learners in general, and I realized how much support they need.”

He was invited to talk about his experience at a summer conference at the University of Texas Austin, where the UTeach program model originated. He spoke about how English learners give up more easily, thinking they’re “dumb” rather than recognizing that their difficulties are caused by struggles with language. His presentation was a hit, and he got a lot of follow-up questions from other teachers.

Now Eden is a full-time biology teacher at Greater Lowell Technical High School. In fall 2019, the Massachusetts Association of Science Teachers awarded him the Dawn Sather Exemplary New Teacher Award. He was nominated by Lewis.

Eden says he uses the inquiry-based teaching methods he learned in UTeach, including the “5E” method – engage, explore, explain, elaborate, evaluate. He gives students quizzes, but also evaluates them based on inquiry exercises.

He’s a huge fan of the UTeach program, for which he served as a student ambassador. He also talks it up as an orientation leader. In fact, he loves UTeach so much that he continues to volunteer by organizing events for UTeach students. And, once he completes his master’s in biology, he plans to go on for his Doctor of Education (Ed.D.) degree here so he can teach in a teacher education program.

“I’m a big, big supporter of UTeach,” he says. “At orientation, I urge students to take just one class. If they like it, great. If they don’t, at least it might help them some day if they decide to teach or become a professor.”