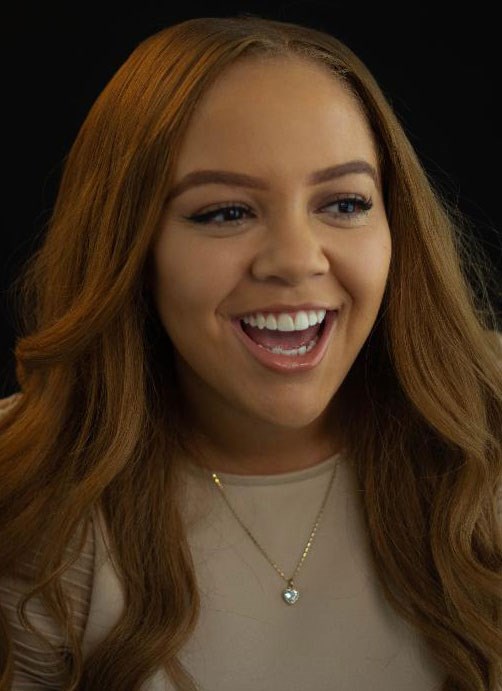 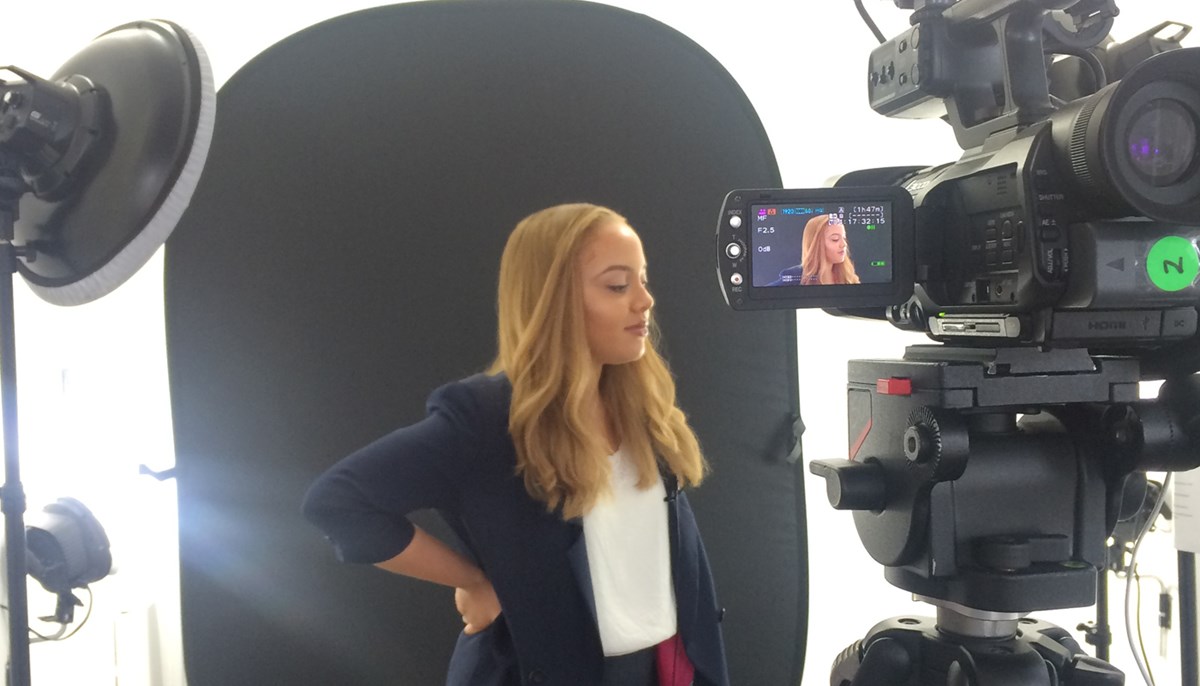 The summer before she came to UMass Lowell, Adeja Crearer, a first-generation college student from Piscataway, N.J., was having serious doubts about her goal of becoming a lawyer.

So she talked to one of her closest confidants: her mom.

“My mom said, ‘I could see you being a TV reporter,’” she says. “It was a ‘Duh!’ moment. It was a perfect match for everything I’m interested in.”

A member of the Honors College, Crearer decided to major in English with a journalism concentration. But she spent most of her first year on campus laying low in her residence hall, only leaving to go to classes and eat meals.

She knew she needed to get out of her rut, so she decided to apply to The Washington Center for Internships and Academic Seminars (TWC). And to do that, she had to meet with Francis Talty, then a political science professor and the assistant dean for the College of Fine Arts, Humanities and Social Sciences (since retired).

That was a game-changer, Crearer says: Talty told her she didn’t have enough credits to do the program, but he took her under his wing, suggested she minor in political science, and set her on the road to gaining the experiences she needed. Later, she added a second minor in digital media.

“At UMass Lowell, all of the resources are there. You just have to push past your own barriers, your own walls,” she says. “Every opportunity I got came from someone on the faculty or staff who took the time to see my potential and then took the extra step to open a door for me.”

Crearer did three TWC programs, gaining extensive media experience along the way. First, she spent a semester studying communications law and ethics with editors at The Associated Press, while interning at a small video production company. Next, she interned with Agence France-Presse TV at the 2016 Democratic National Convention.

While on her third TWC program, Crearer did the first-ever student takeover of the university’s Snapchat account during President Trump’s inauguration and the Women’s March on Washington the next day. Her Snapchat takeover got so many hits that Crearer went on to work as a social media assistant in University Relations.

For her Honors College capstone, Crearer wrote, filmed, edited and narrated a documentary on college students’ attitudes about race.

“White college students say, ‘I don’t think about race. I don’t see race.’ But they should see race, because it affects people’s experiences,” she says. “I think we need to talk about race and stop ignoring it or sugarcoating it.”

After being selected as the student speaker for Commencement, Crearer graduated into a summer job making social media videos and writing stories for Newsday in Manhattan. Then, she returned to the university for a master’s degree in Peace and Conflict Studies while working in the Student Activities office.

Before finishing her master’s, she applied for a job as a news assistant at CNN and, after a long wait, got hired. But there was no clear-cut pathway from news assistant to any other job, she says. She spent months advocating for herself and coming to work early or staying late so that she could “shadow” the production teams for different news shows.

“You have to put yourself so far out there, and oh my gosh, I’ve never been so far out of my comfort zone,” she says. “I had all the skills – I was more than qualified – but I just had to keep putting myself in front of people so they’d start to recognize me.”

After six months, she landed a job as associate producer. Now she’s working on the 9 a.m. and 10 a.m. weekday news show teams, looking over scripts, pulling and editing news footage and B roll, and making sure everything will run as planned.

She’s also working on her next goal: Getting on camera, first as a reporter and then, someday, as a news analyst. Ultimately, she’d love to come back to UMass Lowell and teach. In the meantime, she was invited to be the featured speaker for UML’s 2020 Convocation during the COVID-19 pandemic, welcoming and encouraging a new class of River Hawks virtually.

If she could give her younger self advice, it would be to come out of her shell sooner and place a higher value on her skills. She attributes her initial timidity to culture shock and being a first-generation college student.

“Looking back, I should have applied for a CNN internship while I was still an undergraduate. I was selling myself short,” she says. “It wasn’t this unattainable, super-exclusive job – it’s just a job, and you have the qualifications, and you apply for it. But I was kind of star-struck.”

And now she’s the rising star.