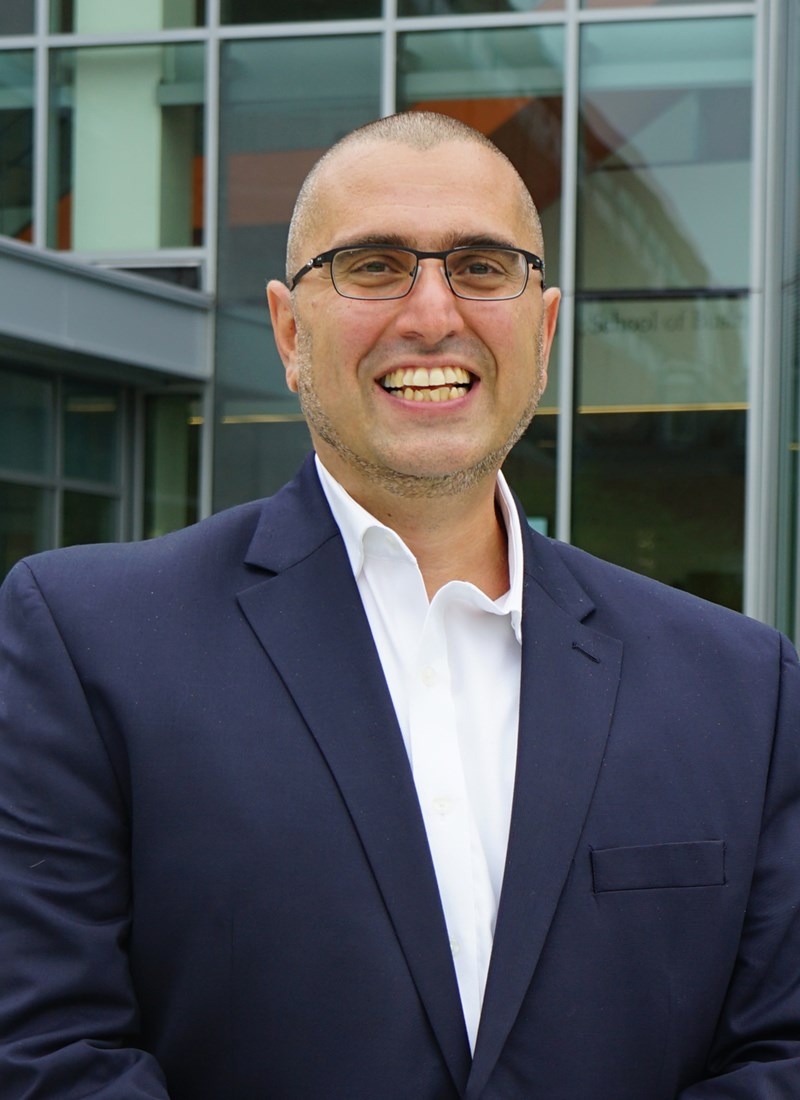 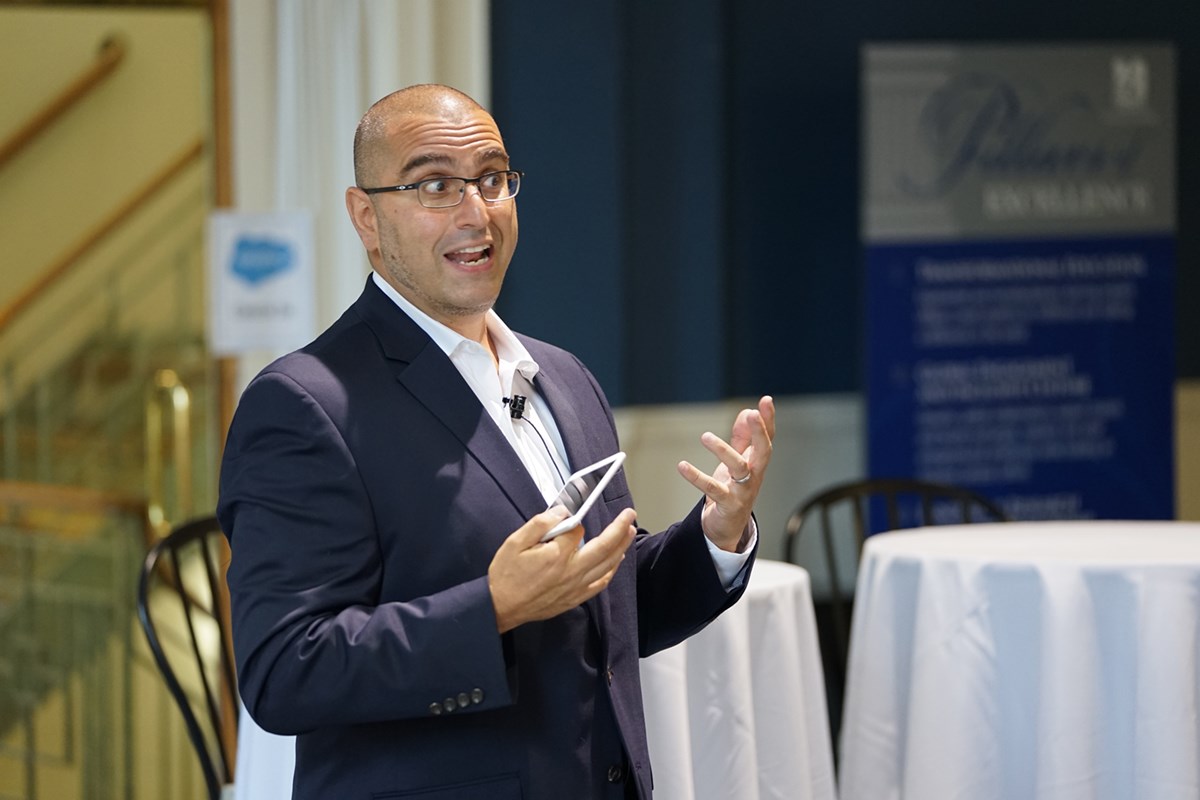 If you’re one of the more than 410,000 people who follow electrical engineering alum Vala Afshar ’94, ’96 on Twitter, then you’re familiar with the engaging blend of tech industry insights and motivational messages that he tweets and retweets several times a day.

As “Chief Digital Evangelist” at Salesforce, the San Francisco-based cloud computing and customer relationship management software giant, it’s Afshar’s job to not only understand the forces behind the digital business revolution, but to share his insights with the world

“I didn’t go to UMass Lowell thinking I’m going to be a storyteller for one of the fastest growing, most successful companies in the world,” says Afshar, who has twice been named the top social media influencer of chief marketing officers by Forbes.

Afshar joined Twitter in 2011 while CMO at Enterasys Networks in Andover. It turned out to be a career-defining move.

“I discovered that if you take that small step of sharing things that you find interesting on social media, over time, people will find you interesting,” he says. “So now, when I read an article or watch a TED Talk or I’m at a conference and someone is doing something that inspires me, I share that. Social changed my career.”

Afshar’s family emigrated from Iran to the United States when he was 10. He didn’t speak English, but he was strong in math, which led him to pursue undergraduate and graduate degrees in electrical engineering at UMass Lowell. After a decade in industry as a software developer and test engineer, Afshar realized he was better at talking to customers than writing code. A marketing career was born.

“The teachers I have fond memories of are great storytellers,” he says. “They could explain not just the ‘what’ and the ‘how,’ but the ‘why.’ And when you understand the thing that you’re building, how it can advance society, whether in health care, education, whatever industry you end up serving, that’s important.”

Afshar returns to his alma mater each fall to speak with students as part of “Salesforce Day,” hosted by the Manning School of Business.

“The most important skill in a digital economy is your ability to stay teachable,” Afshar says. “The velocity of innovation is incredible. But everything that I remember about UMass Lowell 20 years ago still exists today. We’re producing talent that’s going to reinvent the future of this country, industries and companies. I’m just happy to come back and be a part of it.”