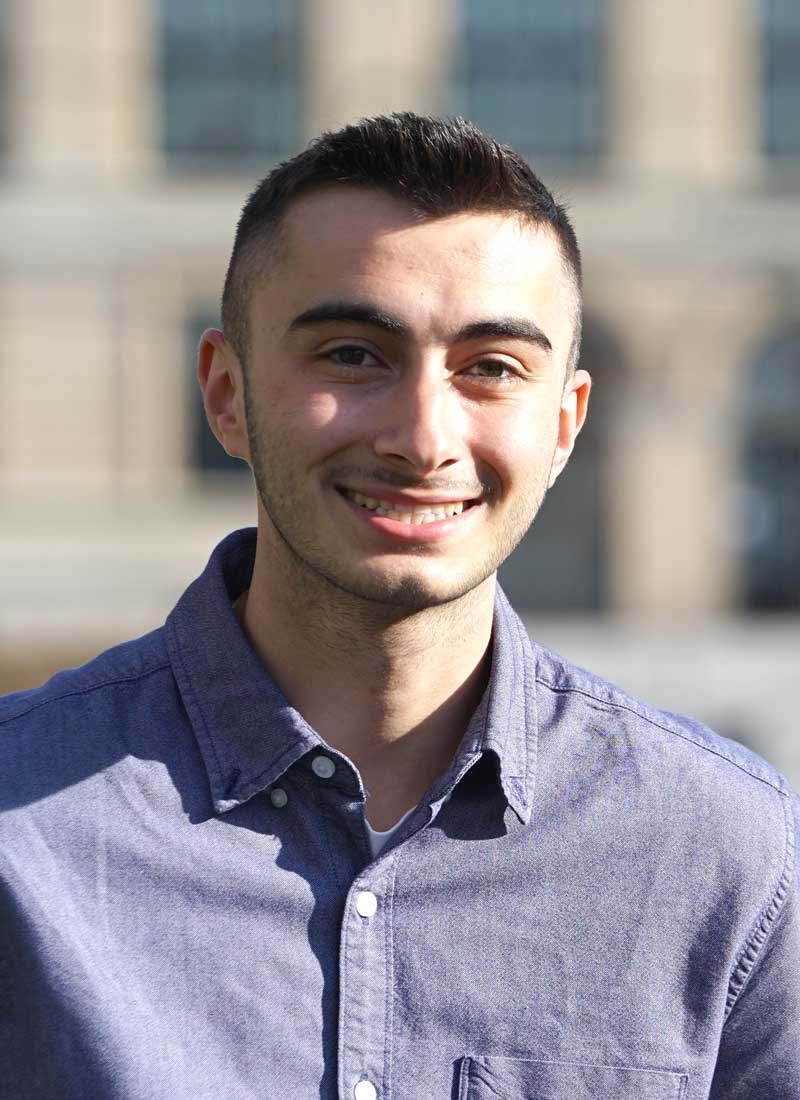 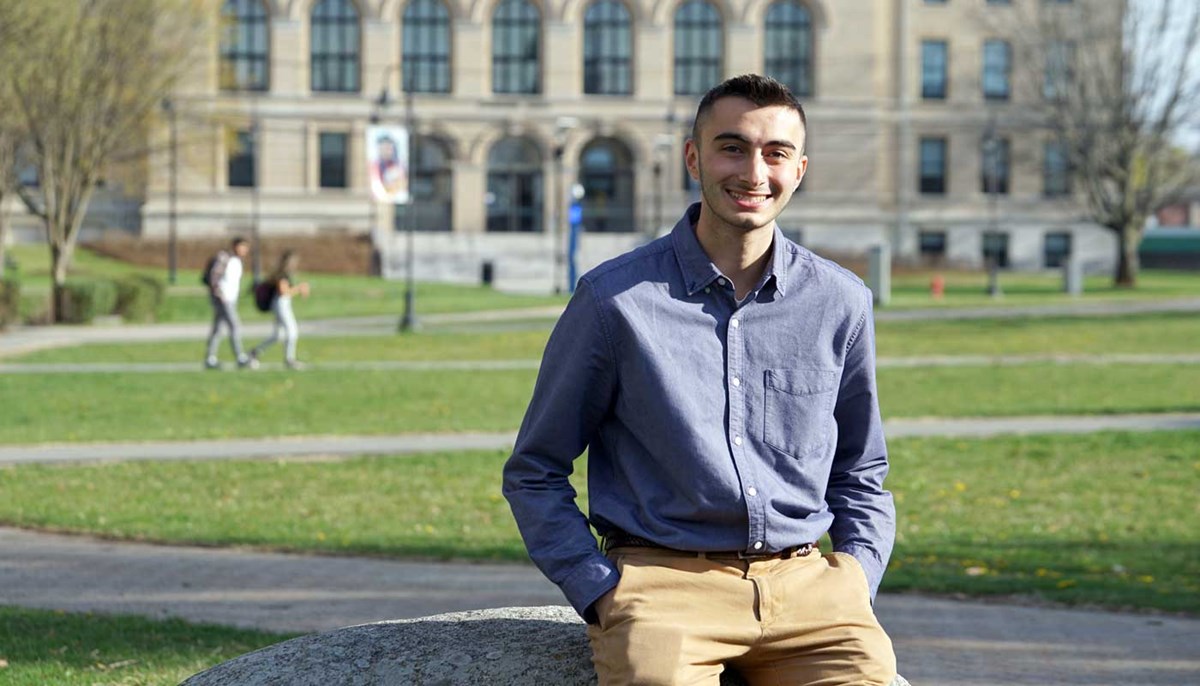 Business administration major Nicholas Salerno figured he was simply fulfilling a general education requirement when he took an art history course as a freshman.

Turns out, the course opened the door to a minor in architectural studies — and an unexpected Architectural Studies Award, given to a graduating senior who demonstrates excellence in their coursework and projects for the interdisciplinary minor.

“I’ve always been interested in the world around us — buildings, the ancient world, modern architecture,” says Salerno, whose concentrations are in marketing and management.

Salerno so thoroughly enjoyed learning about man-made wonders like the Pyramids of Giza and Stonehenge in Assoc. Prof. Marie Frank’s History of Art I course that he followed it up his sophomore year with her History of Architecture course.

That’s when he discovered that the College of Fine Arts, Humanities and Social Sciences was introducing a new interdisciplinary minor in architectural studies, designed to help prepare students for careers related to architecture, urban planning, real estate, project management and community health.

Salerno saw it as a nice complement to his business major because “when you’re running a business or working in the public sector, you need to understand buildings — how they work, how they function.”

The university’s architecture was one of the reasons Salerno chose UMass Lowell and the Manning School of Business, which opened the $47 million Pulichino Tong Business Center prior to his freshman year.

“I was excited about the prospect of going to a school with a brand-new, state-of-the-art facility,” says Salerno, who soon grew to appreciate the rest of the UML campus. “I like how it’s integrated into the city. It’s definitely a unique campus. South Campus has a completely different feeling than North or East. There’s always something new to look at.”

Frank, director of the art history and architectural studies programs, says Salerno’s “consistently high academic performance” was just one reason why he was chosen for the Architectural Studies Award.

“Nick regularly makes connections between his classwork and the built environment,” she says. “He also enthusiastically engaged with and mastered new visual software in a directed study on the architecture of Disney World.”

Salerno knows Disney World’s architecture well. He landed a six-month food and beverage internship at the EPCOT International Food and Wine Festival in Orlando, Florida, during the fall semester of his senior year, overseeing operations and food safety compliance at several venues.

“I’m excited looking toward the future,” says Salerno, who is glad he was able to develop his architectural interests while earning his business degree. “Having a minor gives you a lot more freedom to really explore your interests.”