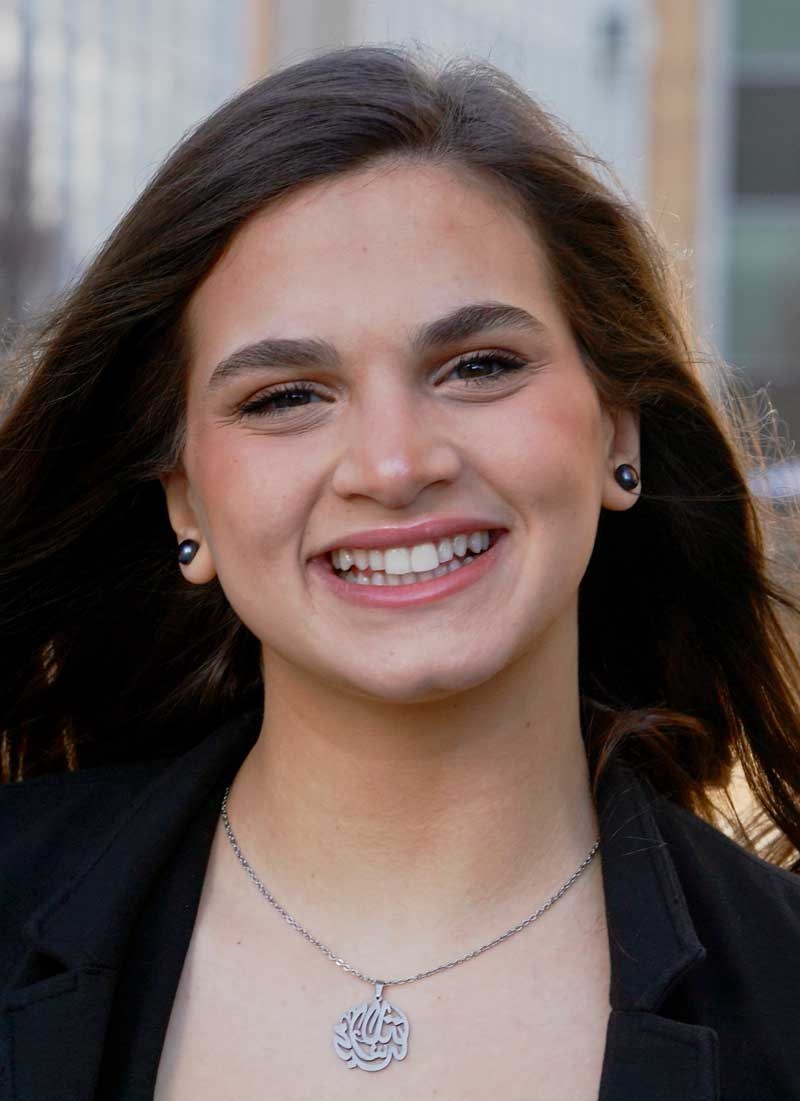 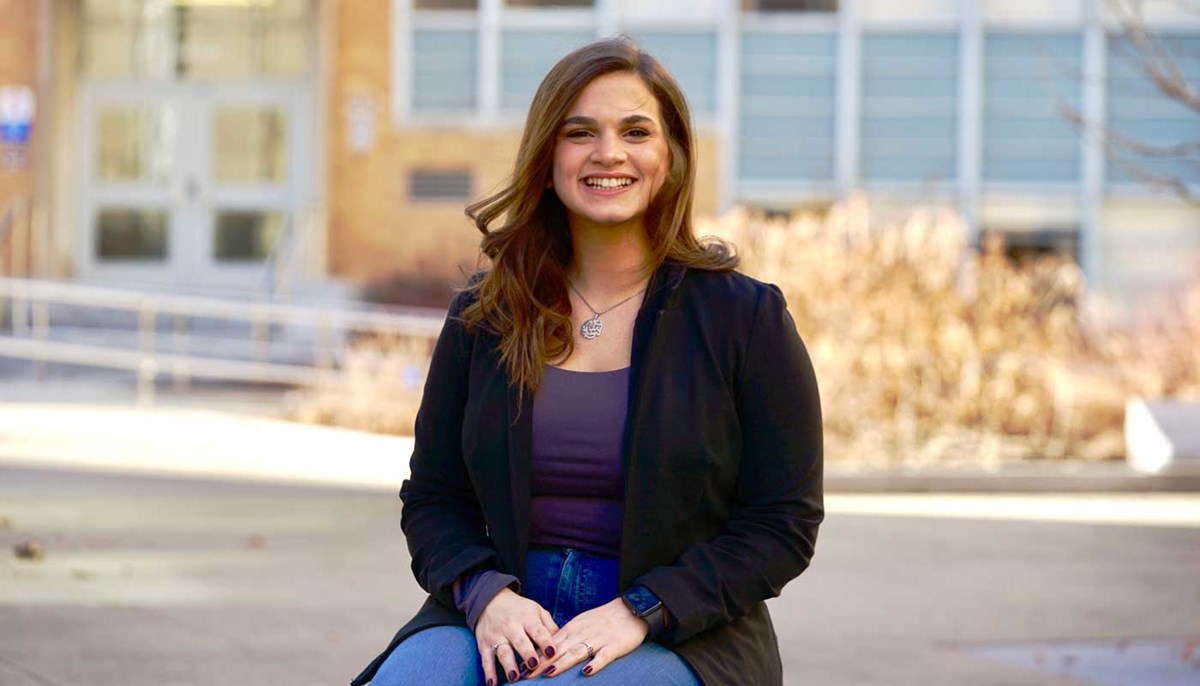 Mechanical engineering major Nardine Faheem was overwhelmed with gratitude when she received a three-year, $75,000 scholarship from Entegris, a global supplier of critical components in the semiconductor manufacturing process.

Not just because the scholarship is paying for her final three years of undergraduate education in the Francis College of Engineering. But also because of what it meant to her parents, who “sacrificed everything” to give Faheem and her two sisters a brighter future.

“I could not be more grateful. This scholarship is an amazing opportunity that I would have never imagined possible,” says Faheem, whose family was among thousands of Coptic Christians who fled Egypt following the Arab Spring in 2011, fearing religious persecution.

“My family dropped everything in Egypt. It was too dangerous to live there as Christians,” says Faheem, who moved in with relatives in Sudbury, Massachusetts, before settling in nearby Westborough. Her father gave up his career as a civil engineer in Cairo and opened a restaurant.

Faheem developed an interest of her own in engineering in high school and applied to UMass Lowell, which several friends from her church attended.

“UMass Lowell is such a great school for engineering, and the campus seemed like a perfect fit for me — not a huge school, but not too small,” she says.

As a first-year student, Faheem was encouraged by Engineering Dean James Sherwood to apply for the new Entegris scholarship, which goes to a rising UML sophomore in a STEM field.

Entegris, whose global headquarters are in Billerica, Massachusetts, established the Entegris Foundation in 2020. It aims to expand access to careers in the fields of science and engineering by investing $30 million in STEM scholarships and internships for women and individuals from underrepresented communities over the next decade.

“Future excellence in our industry depends on a broad and diverse group of talented individuals who can contribute their insights to solving complex technical challenges,” Entegris President and CEO Bertrand Loy said in announcing the scholarship. “We’re excited to support the development of a student in the local area who aspires to a career that benefits from a strong STEM education.”

In addition to her scholarship, Faheem landed a 12-week paid summer internship at Entegris following her sophomore year. She will work as a process engineer in the company’s Bedford, Massachusetts, location.

She hopes the internship — and a possible future co-op job at the company — will help her narrow down her career goals.

“That’s why I like Entegris — they’re open to showing you a lot of different fields, so you can see what you like or don’t like,” she says. “I will definitely learn a lot from them.”