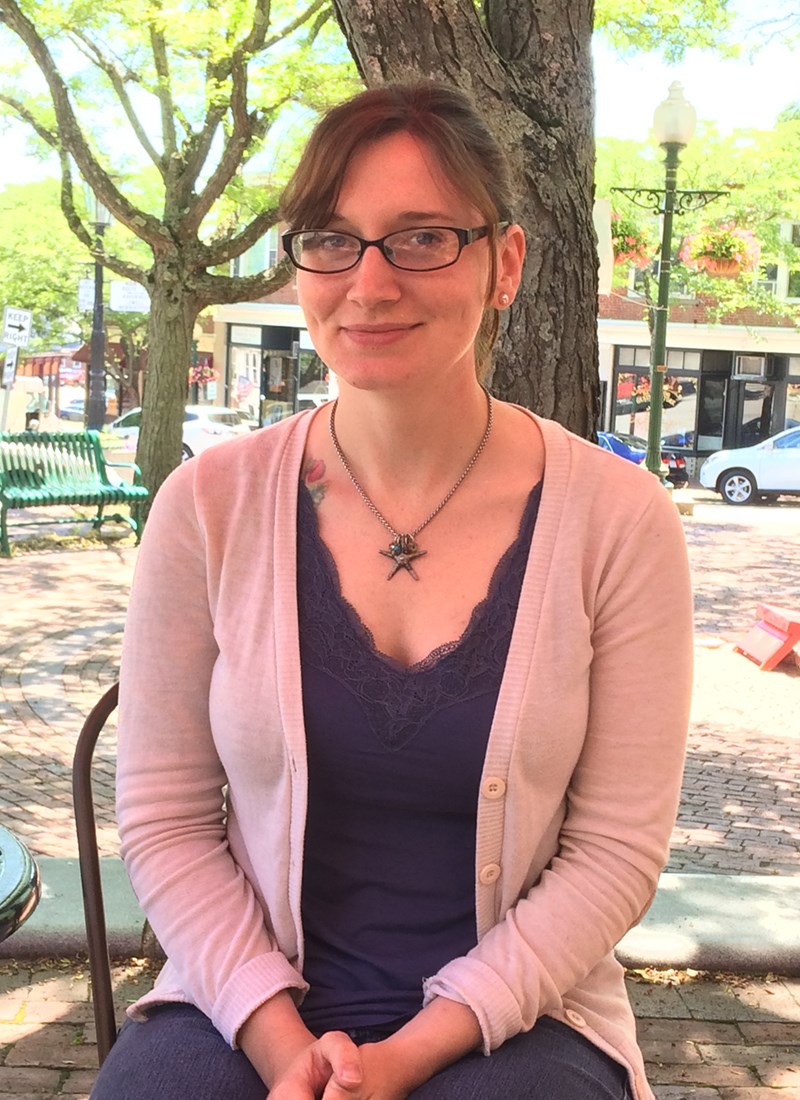 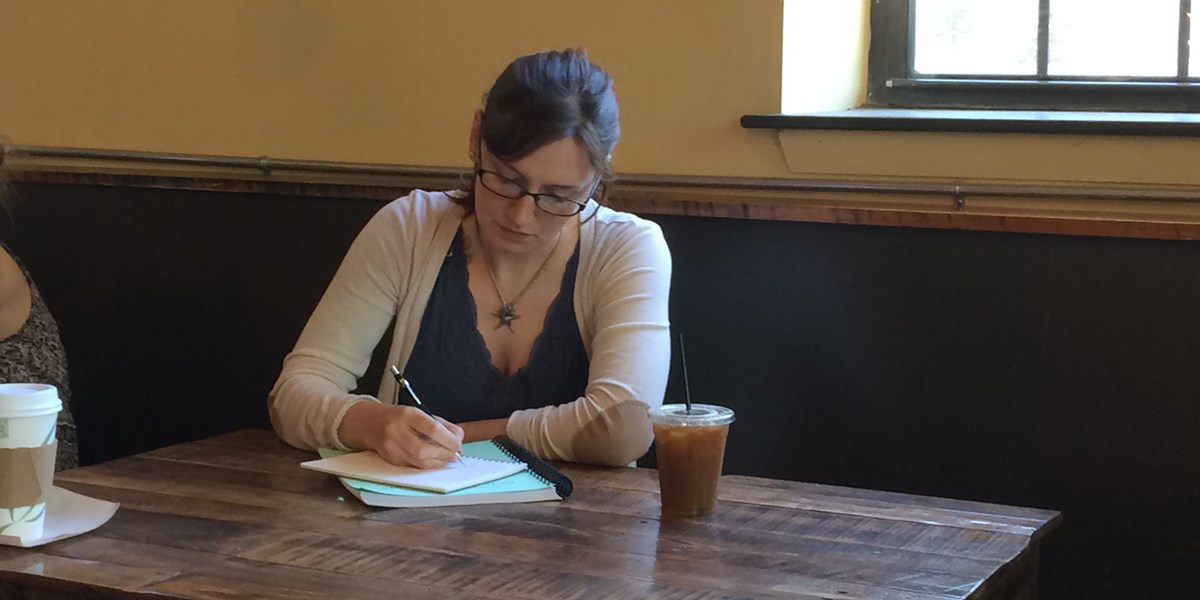 The fishy taste of seagull meat, songbirds caught in misting nets, flickering lights on the distant mainland.
Mary Everett ’18 gleaned those details for a short story through her summer job, banding gulls and teaching college students about migratory birds on Appledore Island, off the coast of New Hampshire and Maine.
That short story and others she wrote during senior year under a UMass Lowell Honors College student fellowship helped Everett win admission to the highly regarded, low-residency M.F.A. program in creative writing at Warren Wilson College in Swannanoa, N.C.
“I applied to eight M.F.A. programs, and I got into all eight,” Everett says. “But this was my dream program.”
Everett says she sought the Robert J. Lechner Endowed Creativity Fellowship with the goal of writing a group of related short stories. Adjunct Professor of English Bernadette Stockwell, her adviser, also assigned a dozen books and essays on the writer’s craft for Everett to read.
The biggest challenge – the requirement that she write 50,000 words, or the equivalent of a 200-page book – was both motivating and liberating, Everett says.
“Having a word count was helpful in pushing me to write every day. It helped cement good writing habits,” she says. “I surprised myself that I was consistent with it, even if I ended up trashing what I wrote. I got much less afraid about it.”
Everett, now 30, has always loved writing. She started out as an English major at UMass Amherst, but left college after two years due to health problems. She earned a certificate from the American Red Cross and worked as a nursing aide for several years, but found the work emotionally and physically draining.
When she returned to school four years ago at Northern Essex Community College, she believed that to get a job, she would have to pursue a career in science or technology. She earned an associate’s degree in biology and then transferred to UMass Lowell to major in environmental studies, with a concentration in writing.
Here, she returned to her first love. Required to take Introduction to Creative Writing, she flourished under Assoc. Prof. Maggie Dietz and decided to declare a second major in English, with a concentration in creative writing.
“I made up my mind because of the encouragement she gave me,” Everett says. “She told me I was good, that I could get better, that I needed to get better and that it was worth my time.”
Dietz has continued to be a mentor, helping Everett “immensely” with her M.F.A. applications.
Now Everett is applying for jobs in environmental writing and consulting. Meanwhile, she’s back on Appledore Island for the summer, working with her sister, a veterinarian who teaches at Northern Essex, on the bird-banding and tracking project. And she will soon attend the first of her twice-yearly, 10-day residencies in creative writing in the mountains of North Carolina.
Among the summer faculty there? UMass Lowell’s own Sandra Lim, associate professor of English and an award-winning poet.