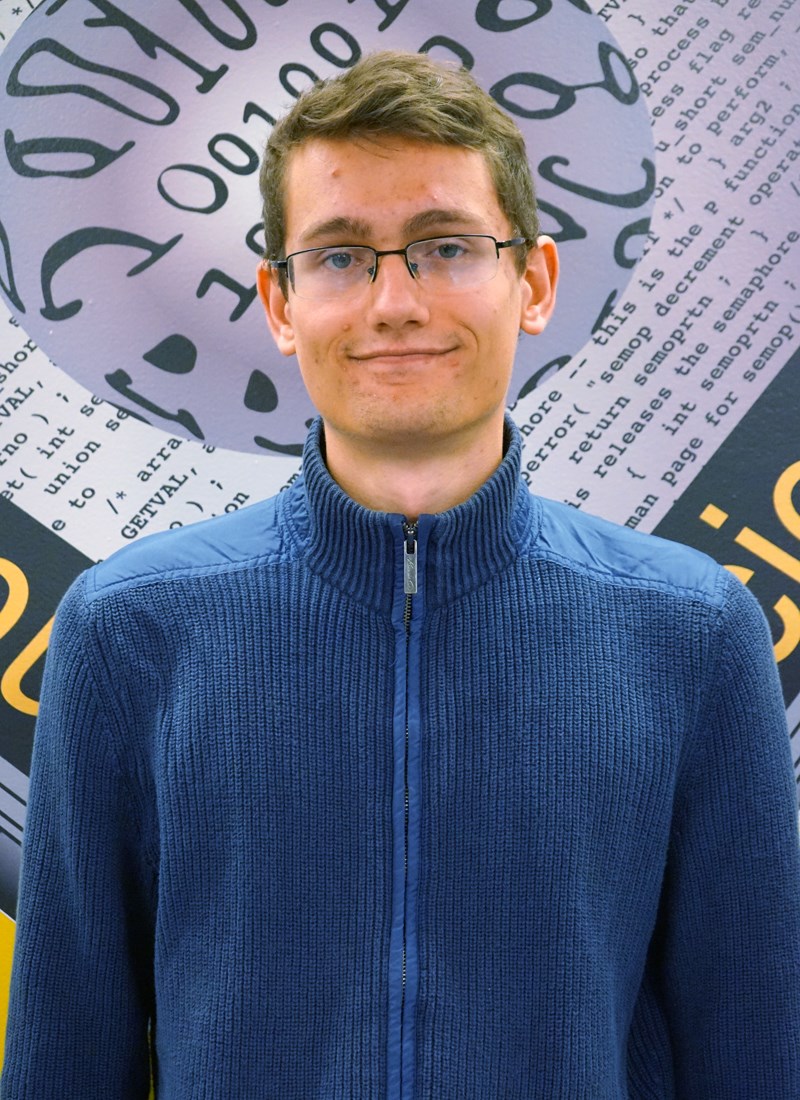 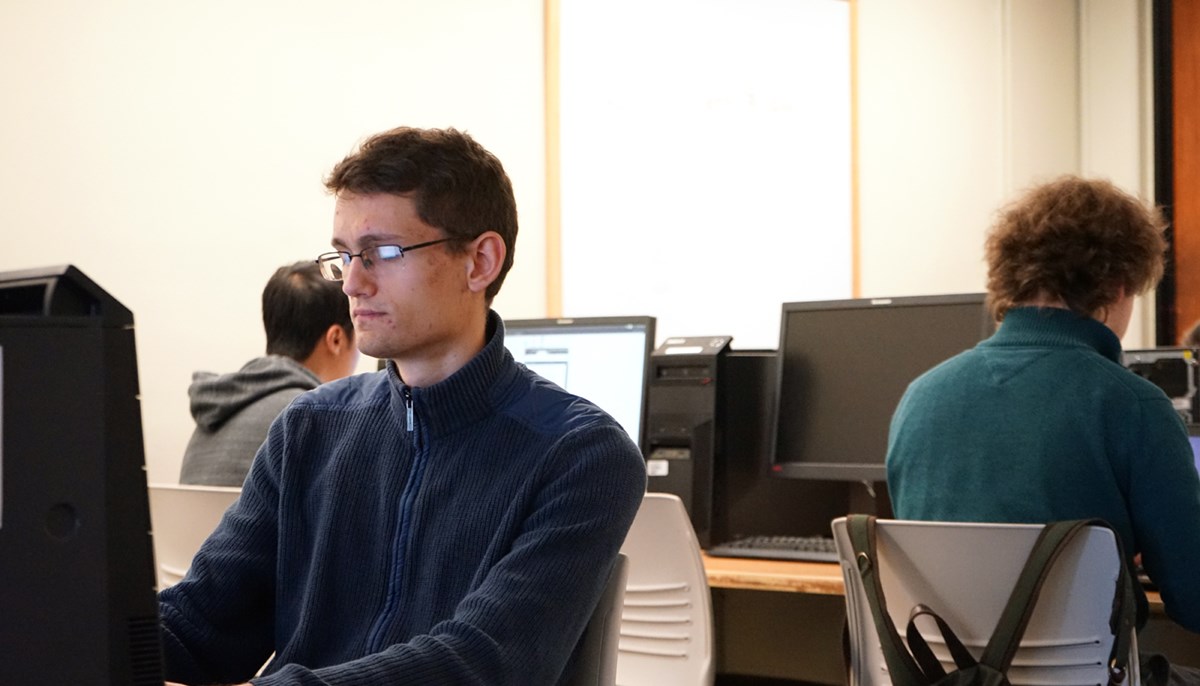 Honorscomputer science major Lukas Lazarek made a big splash with the research he did during a summer fellowship at Carnegie Mellon University.
Lazarek won first place in the undergraduate research competition at SPLASH 2017, a computer languages conference put on by the Association of Computing Machinery, for helping to make a program that analyzes complex computer code for bugs more efficient – and therefore less expensive.
Presenting his research at the conference in Vancouver, first at a poster session and then as one of three finalists selected to go before a panel of judges, was a great experience, Lazarek says. He also enjoyed a mentoring workshop with professors and professionals who discussed their graduate studies and career paths as well as the differences between academic and industry research jobs.
“I got a lot out of talking about my research and getting feedback on it during the poster session, and learning about other people’s research and how it connects to what I’m doing,” he says.
Lazarek applied for several National Science Foundation Research Experiences for Undergraduates fellowships during his junior year, at the prompting of his advisor, Assoc. Prof. John McCarthy. The fellowships are awarded to undergraduates who plan to pursue doctorates and research careers.
Lazarek was excited to win the fellowship at Carnegie Mellon, one of his top choices for graduate school. He’s continued working with the Carnegie Mellon research team as a senior “just for the experience,” even as he starts his honors capstone with McCarthy in a different area: gradual typing, a method of getting different computer programming languages with diverse rules to work together better.
Lazarek, who is minoring in robotics, also did a professional co-op his sophomore year at Symbotic, a Wilmington robotics firm that makes warehouse automation systems. He began by working on a new testing system for the planning software that coordinates all the robots and tasks.
“Then I got moved to a new team that I helped start, which was cool,” he says. “I was able to develop most of the core structure my team used for data analysis on how well the systems are performing and what kinds of problems come up.”
He says he chose UMass Lowell for just such opportunities.
“I visited UMass Lowell two or three times, and I liked the feel of it. The people I talked to were doing interesting things, and there seemed to be opportunities to get involved,” he says.
The icing on the cake was a $4,000 Co-op Scholarship, which he used to spend a semester studying abroad in Perth, Australia, in spring of his sophomore year. He took arts and humanities courses for a change of pace and to complete core curriculum requirements.
“I believe that travelling and getting perspective on my studies and life in the United States is important, so I wanted that experience of being immersed in another culture,” he says. “I chose Perth because I thought it might be the only opportunity I ever get to see Australia, and I want to see as much of the world as I can.”