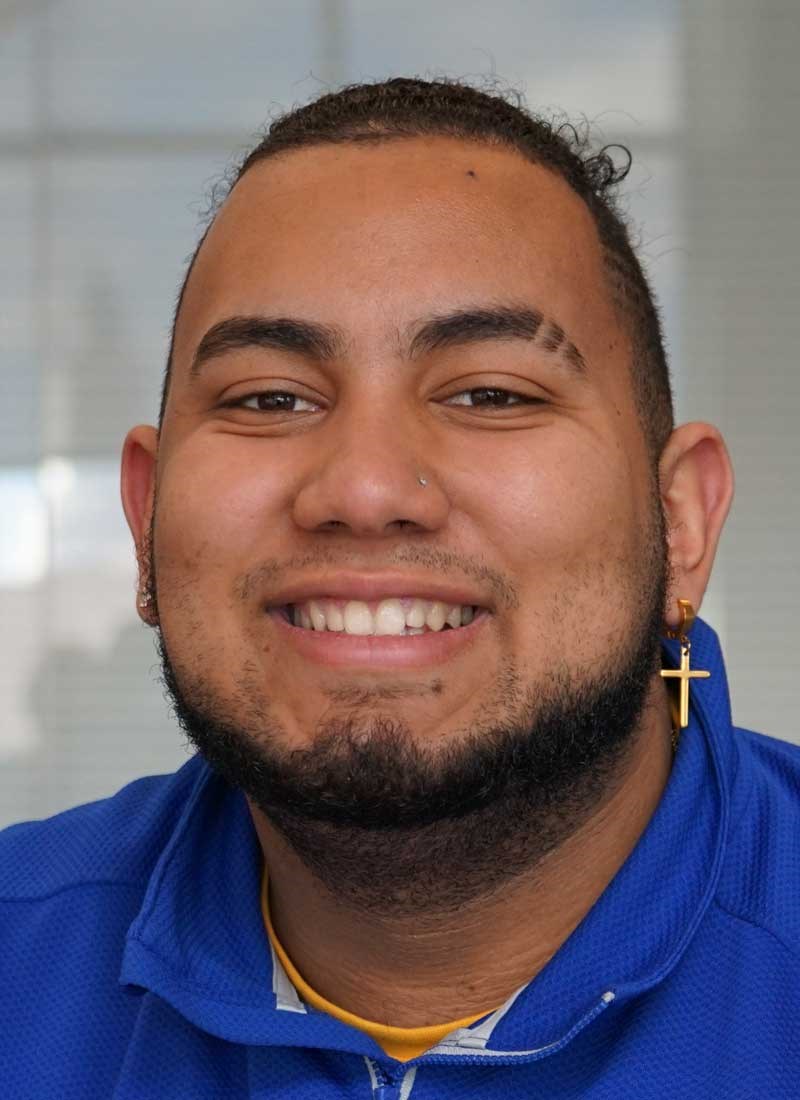 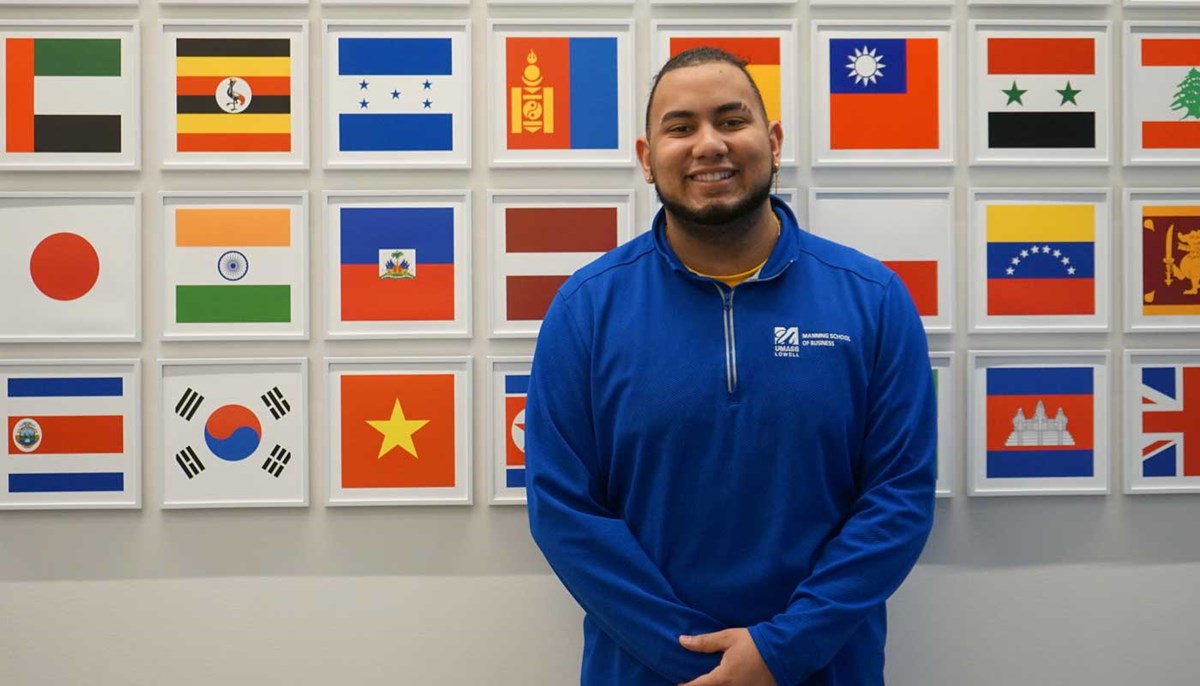 Justin Baez Peguero began supporting himself when he was 14 years old and starting high school in Norwood, Massachusetts.

Raised by his grandmother in the Dominican Republic, he had moved to Lowell a year earlier to live with his mom for the first time. They didn’t get along, so at the end of eighth grade, he had to make a choice: return to the Dominican Republic or rent a room from his aunt and uncle in Norwood.

He chose to stay and pursue an education in the United States. He worked at Subway, McDonald’s, a local bakery and, for a time, all three, while studying hard and getting involved in the student council.

His busy schedule has continued at UMass Lowell, where he is studying business administration, with dual concentrations in management and international business, while also serving on the executive board of the Student Government Association (SGA).

“With a business degree, you can do anything in life. You need to understand how the money works, where the money comes from,” he says. “Business opens so many doors to you.”

An Honors College student, Baez Peguero is also pursuing minors in Spanish and biology. He envisions working in the biotechnology industry and starting his own international marketing company.

Coming from a political family – his grandfather was mayor of Baní, a city in the Dominican Republic – Baez Peguero also has a strong interest in politics. In school as a child, he was always class president. When he moved to Norwood, he felt compelled to join the student council.

“Honestly, it’s because I like to see diversity in the government,” he says. “In high school, I was the only person of color in the student council.”

He’s still supporting himself by working multiple jobs – as a social media marketing intern for University Dining and as an office assistant in the Manning School of Business dean’s office during the academic year, plus as a manager at a local Subway during school breaks.

Still, as soon as Baez Peguero arrived on campus, he decided he would figure out how to join the SGA.

He was elected a senator his first semester and was tapped as vice chair of the Academic Affairs Committee his second semester. When the chair, Eric Fan, graduated a year later, Baez Peguero stepped up to head the committee. He is especially proud of taking a leading role in collaborating with a sociology class to survey UML’s undergraduates about their needs and concerns.

He plans to run for senior class president – and he doesn’t rule out a future in politics.

“People think there are doors closed to them,” he says. “I want them to know it doesn’t matter where you’re from, what your color is, if you have an accent – if you work hard and take chances in life, that’s how you get opportunities.”