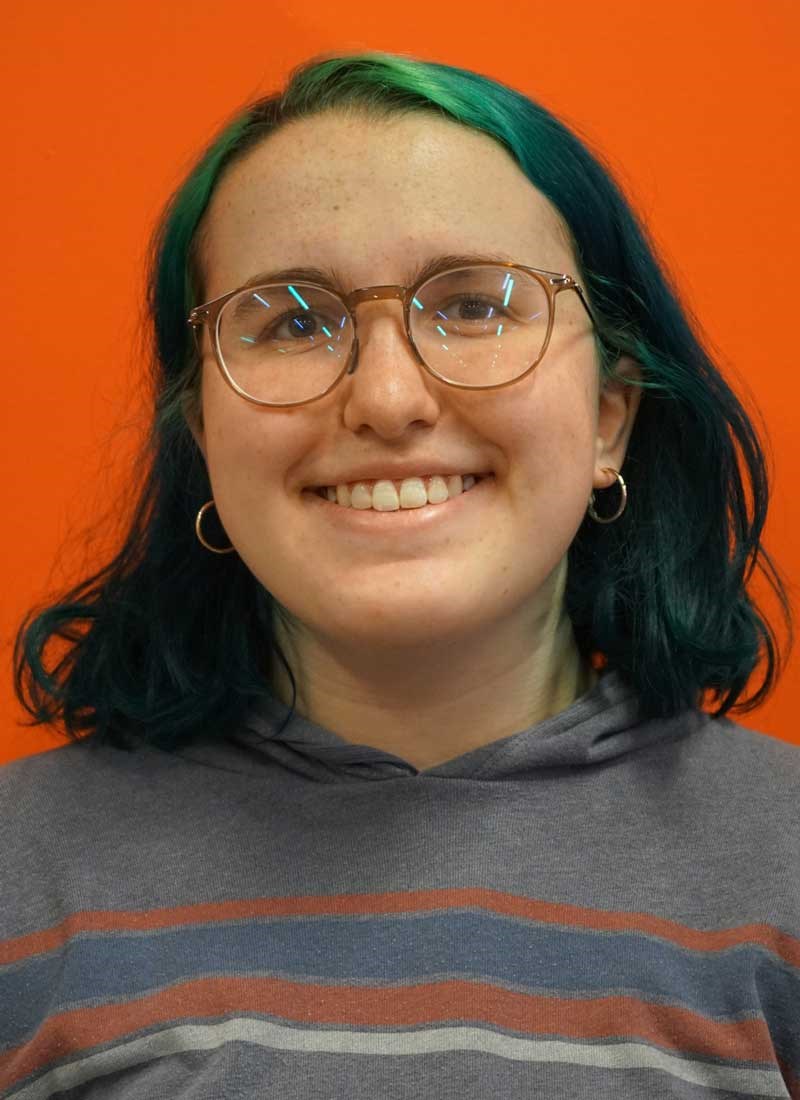 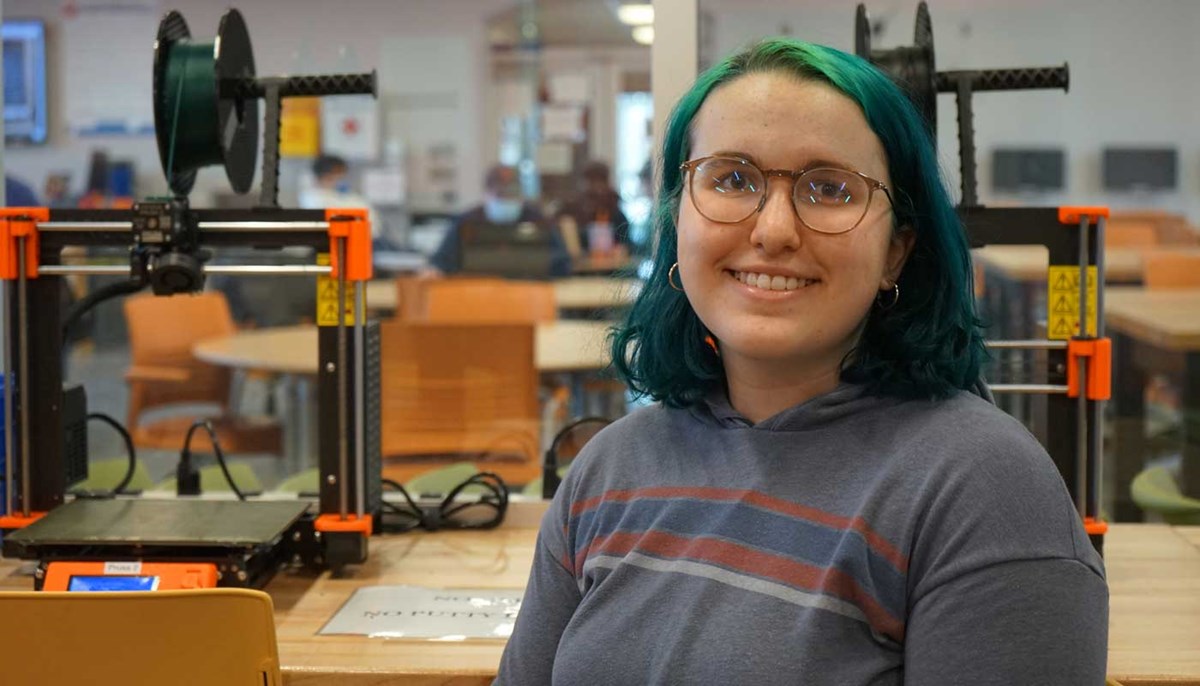 Julia Measmer was sorting through a bag of raw spinach in her dorm refrigerator – some leaves had begun to rot – when she remembered the experiment that inspired her to major in biomedical engineering.

On her 15th birthday, she and her father visited Worcester Polytechnical Institute, where her brother was a student. On a tour of the biomedical engineering labs, she met researchers who had removed all the living cells from spinach leaves so that only the cellulose skeleton remained, a process called decellularization. Then, they grew heart muscle cells on that cellulose scaffolding.

“I was absolutely hooked. It was so cool, the things they were doing, especially with tissue engineering,” she says. “I can’t wait to be the person who’s blazing that trail.”

Measmer then took every science elective she could at Billerica Memorial High School, a Project Lead the Way school with a strong biomedical science curriculum.

During her first semester at UMass Lowell, that bag of spinach and the memory it recalled gave her an idea for an experiment. She’d learned that most laundry detergents contain a key ingredient in plant decellularization: sodium lauryl sulfate. So she tried soaking spinach leaves in different detergents at varying concentrations.

She sent pictures of the results to Asst. Teaching Prof. Yanfen Li, her professor for Introduction to Biomedical Engineering. With Li’s encouragement, she turned her experiment into a research project.

After multiple trials in Li’s lab, some involving spinach provided by Dining Services, Measmer is developing decellularization experiments that students can perform in campus labs or at home.

In her sophomore year, Measmer applied for a job as a monitor in the Lawrence Lin MakerSpace. She began spending a lot of time there and experimenting with the 3D printers – and ultimately, she was hired.

Diagnosed late in her high school career as having severe ADHD, Measmer is grateful to UMass Lowell, “the best place possible for biomedical engineering,” for taking a chance on her and giving her research opportunities.

“Because I struggled so much in high school with the undiagnosed ADHD, my GPA didn’t reflect what I was capable of,” she says.

Disability Services has provided her with accommodations, including extended time to take tests and the use of a low-distraction testing center, she says. Most professors put their lectures online, which she also finds helpful.

Measmer says she’s had to repeat a couple of classes over the winter and summer sessions because she overextended herself. But she knows it’s important to make time for her physical and mental health, so she’s active in the Biomedical Engineering Society and the club swim and dive team.

She’s open about her struggles to manage her time, stay on track and find balance.

“I’m a fierce advocate for educating about the invisible disabilities, because there are so many stereotypes that surround these disorders,” she says. “For me, it’s slow but steady, making strides at not being overwhelmed.”