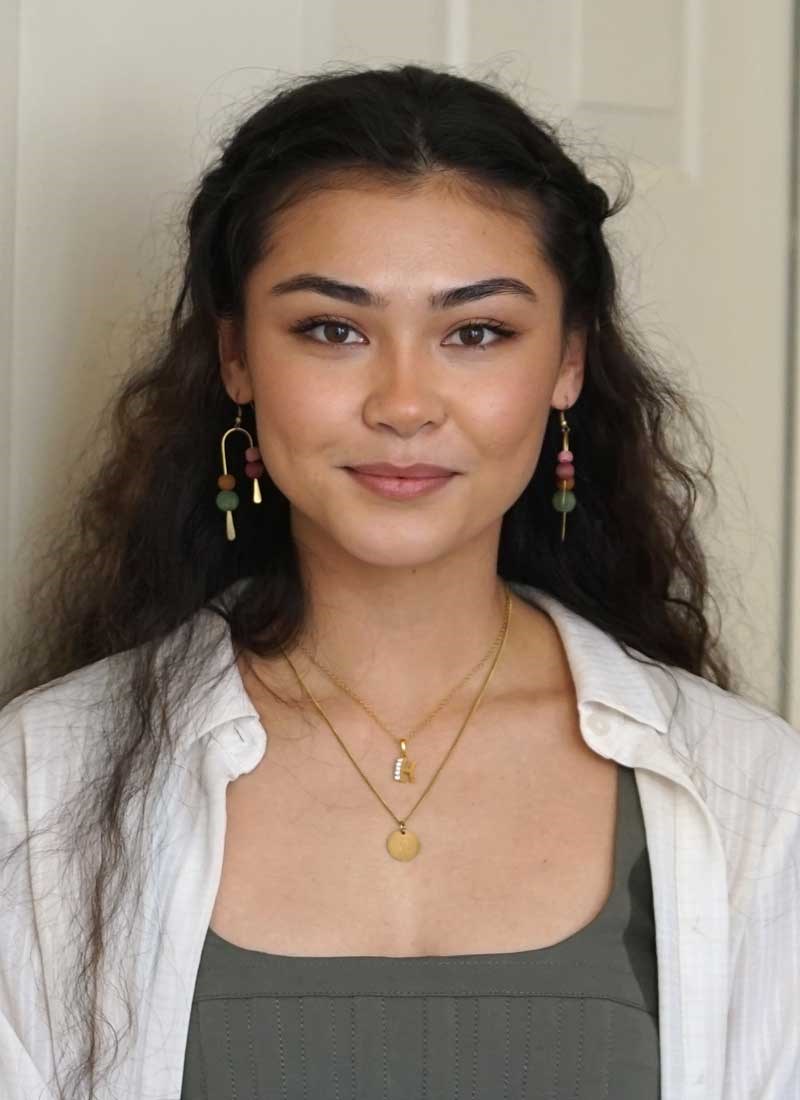 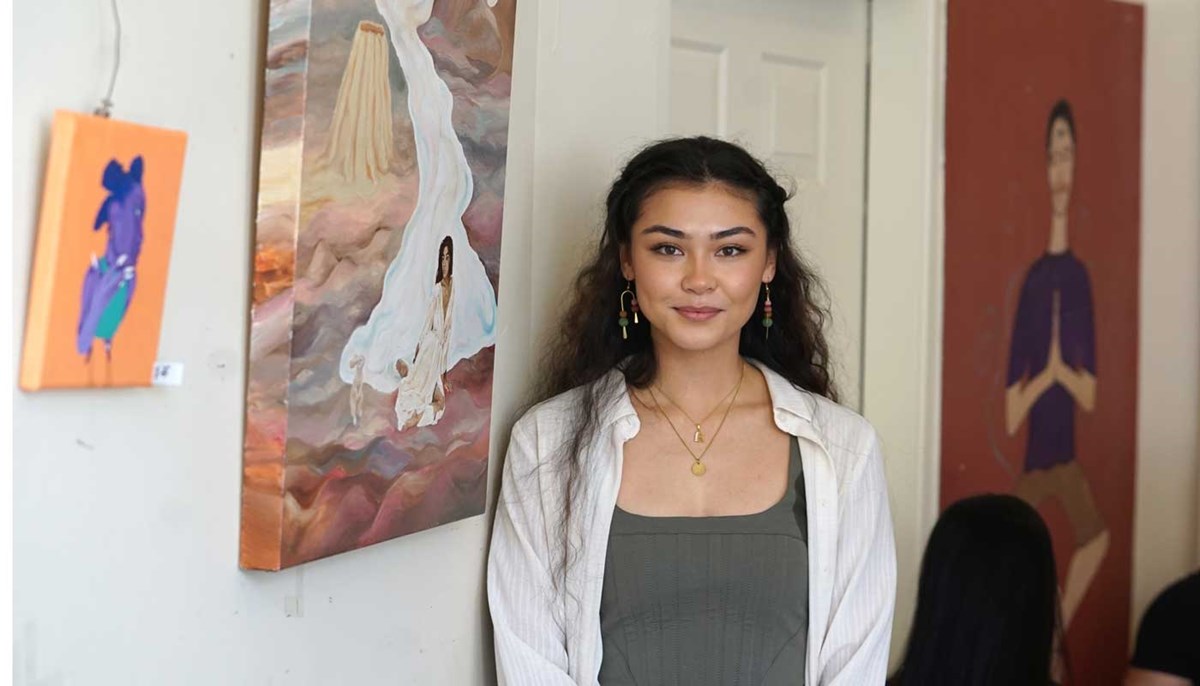 If UML women’s soccer player Halle Anderson had to tear the ACL in her right knee, she’s glad she did it in the final game of her sophomore season — a few months before the start of the COVID-19 pandemic.

“It was the perfect time, in a way,” says Anderson, who had surgery at the end of 2019 and was beginning her rehabilitation just as the pandemic forced everyone to stay home. Suddenly, being laid up in her apartment, with her knee in a continuous passive motion machine wasn’t so bad.

“It gave me a lot of time to grow and become more involved with other interests in my life,” says Anderson, an exercise science major from Stonington, Connecticut.

One of those interests was art. When Anderson was little, her mom would enroll her and her older brother, Christian, in summer art camps. But Anderson’s artistic interests were soon overshadowed by her skills on the soccer field, which took her all the way to the NCAA Division I level as a defensive back for the River Hawks.

“As an athlete, you can get stuck on tying your value, your personal worth, to what you can accomplish on the field,” she says. “I felt tied to this role of only being one thing. I wasn’t openly proud of the fact that I also like art.”

With time on her hands during the pandemic, Anderson began to sketch. She shared some of her work on social media, and positive feedback gave her the confidence to teach herself to paint. By fall of her junior year, she was invited to share some of her paintings at one of her favorite hangouts in Lowell, Brew’d Awakening Coffeehaus.

As a senior, Anderson took an art course, Drawing for Non-Art Majors, and had another showing of her work at Brew’d Awakening, this time as part of a name, image and likeness deal that she struck with the owner.

“I’d never thought about using my student-athlete brand for monetary reasons, but you realize you have a big platform within a small community,” says Anderson, who remembers growing up idolizing members of the University of Connecticut women’s soccer team. “There’s a lot of young girls out there who need to know that you can be a good student and also be on the field working hard — while also pursuing other interests in your free time. You can be multifaceted.”

When Anderson returned to the soccer field in spring of her junior year (the season was pushed back from the fall because of the pandemic), she felt like a different person.

“I felt a lot more grateful for everything. Soccer became a fun thing again — instead of a scary, anxiety-producing thing where I had to perform,” she says.

Next up for Anderson: She is heading to Duke University to continue her physical therapy studies in graduate school. She looks forward to exploring the diverse artistic community in Durham, North Carolina.

“I’m hoping to be brave enough to explore what other people are doing and maybe try out showing my stuff,” she says.