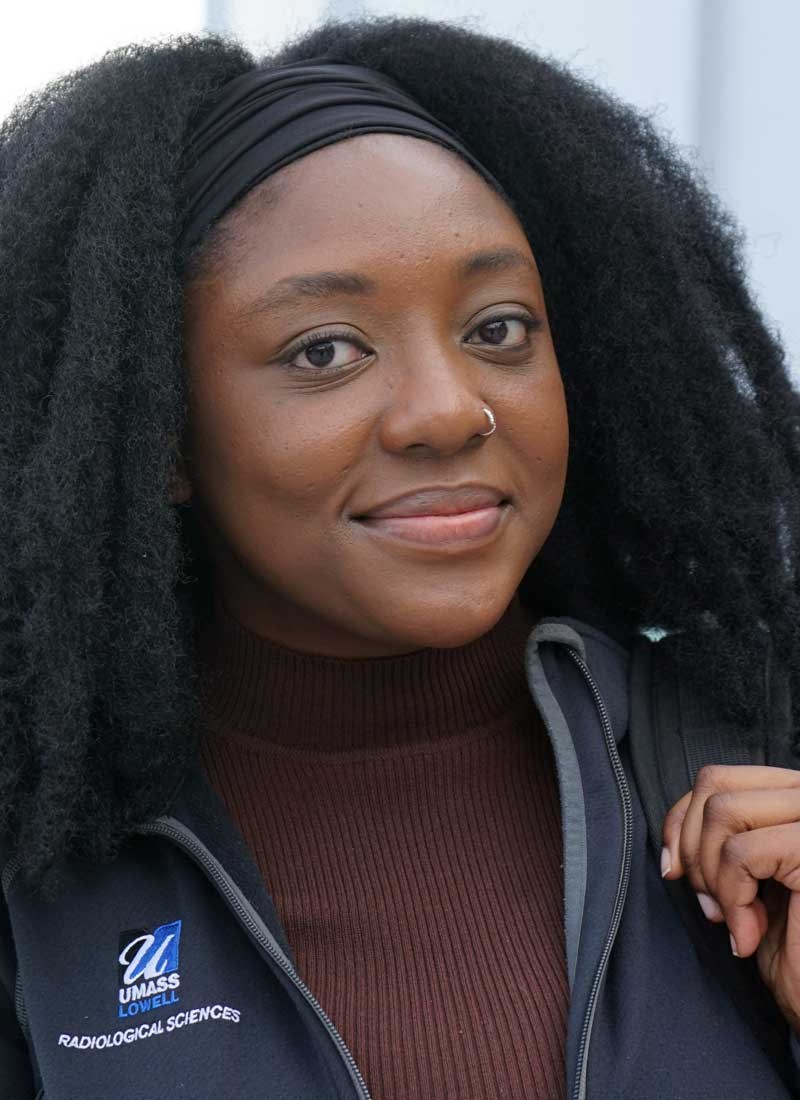 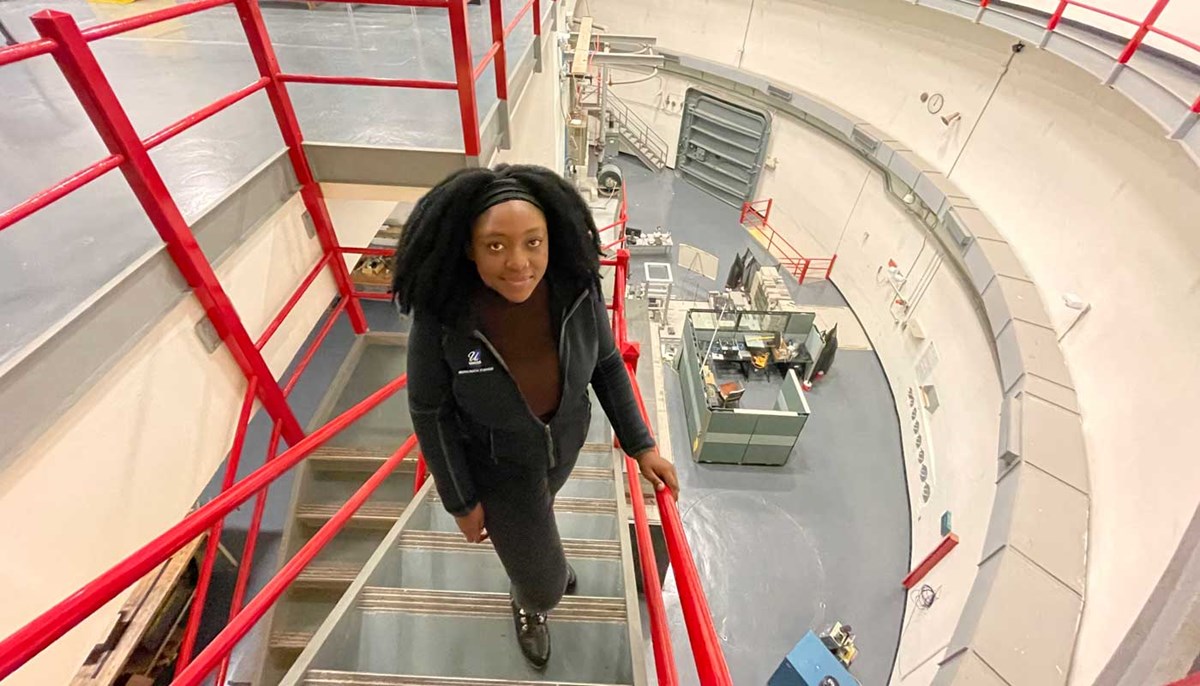 Francesca Kamwa ’21 was three years into her bachelor of science degree in physics (radiological health physics option) when her father, Michel, passed away back home in Cameroon. Not only was Kamwa unable to return to Central Africa for the funeral, but she soon found herself struggling to pay for school.

Kamwa had occasionally sought academic advice from Giles, then chair of the Physics Department, and worked as a tutor in the department. After her father’s death, she told Giles that she might have to withdraw from school and return home because of her family’s financial situation.

“Since Francesca was an international student, I was concerned she might not return and ever complete her undergraduate degree,” Giles recalls. “So I approached the dean’s office, who in turn approached the provost’s office, and collectively everyone helped to close the financial gap.”

Three years later, Kamwa is completing her master’s degree in radiological health physics, studying for the Medical College Admission Test, applying to medical schools in the U.S. and on track to achieve her dream of working in the medical field.

“I really owe it to Dr. Giles. He’s the one who went to the school and backed me up to the dean,” Kamwa says. “UMass Lowell came through in so many ways, from the Kennedy College of Sciences to Graduate Studies. Even the (Francis) College of Engineering donated money to help me move on. Without them, I would have just left, and that would have been the end of it.”

“My dad told all his daughters they had to succeed in life, and the only way you don’t have to depend on anyone to survive is through education,” says Kamwa, who learned about UMass Lowell from a family friend living in the area.

As a commuter student living with her family friend, Kamwa knew she had to force herself to get involved on campus. She started by joining the Pair-Up Program, which connects international and domestic students. She was soon working as an ambassador and diversity peer educator for the Office of Multicultural Affairs.

“Everyone was very welcoming. We were all trying to navigate college together, so that made it easier to connect with people,” says Kamwa, who also became an ambassador for the Kennedy College and joined the Alpha Omega sorority.

Kamwa saw radiological sciences as her best pathway to medical school — and to a variety of career options in hospitals, pharmaceuticals or any other industry that involves radiation safety.

“The fact that it incorporates rules and regulations with a lot of math made it really fun. I love math,” says Kamwa, who landed an internship at Lantheus Medical Imaging in Billerica, Massachusetts, as an undergrad with the help of her faculty advisor and mentor, Assoc. Prof. Mark Tries.

After taking Introduction to Radiological Sciences with adjunct faculty member Steven Snay, director of UML’s Radiation Safety Office, Kamwa was determined to get a job with the office collecting and analyzing water from the cooling pool of UML’s nuclear reactor. But as an international student, she was not eligible for work-study.

“I told him, ‘I will work for free. I want to know what this is about,’” says Kamwa, who was stunned when Snay “went out of his way to find funding to pay me for one year.”

Kamwa ran into another hurdle as an undergraduate. In early 2020, just before the COVID-19 pandemic hit, she was diagnosed with Bell’s palsy, a condition that causes temporary weakness or paralysis of the facial muscles.

“It was pretty traumatizing to wake up one day and have half my face paralyzed. It lasted for six months,” says Kamwa, who became so “obsessed” with understanding the condition that she turned her personal research into her Honors College thesis. “There have been a lot of ups and downs, but UMass Lowell has given me so many opportunities and been so supportive,” she says.

No one more than Giles.

“I never doubted that Francesca would leverage the opportunity and complete her degree,” he says. “I am sure this is just the foundation of many great things she will achieve.”