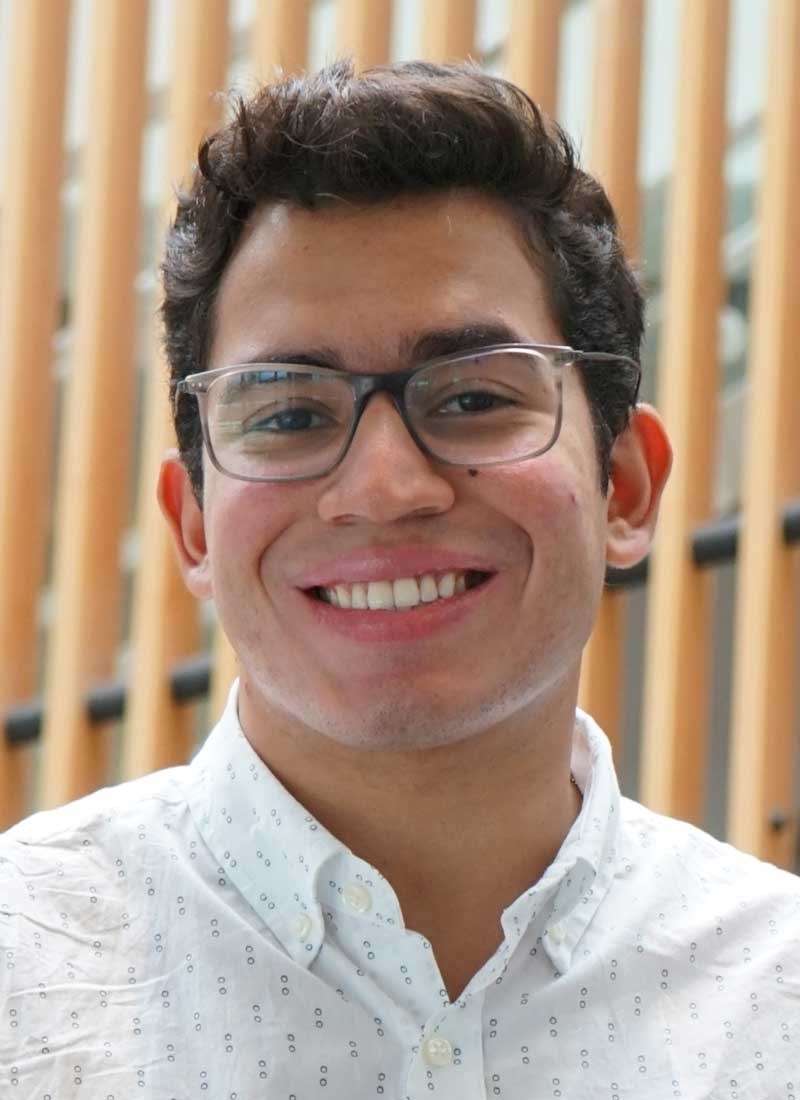 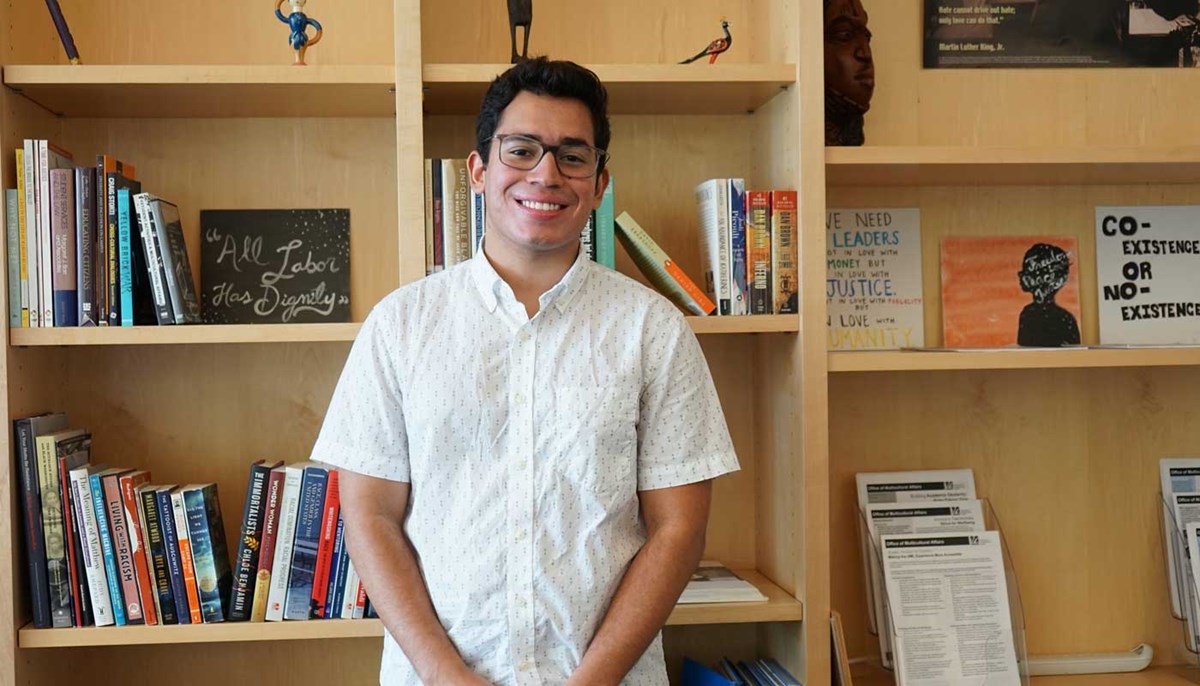 Douglas Correa Ospina says that if his family hadn’t settled in Lowell, he might never have gone to college.

Fortunately, he’d taken English classes at school in Medellín, Colombia, before his family immigrated to the United States when he was 15. At Lowell High School, he studied hard and got help applying for scholarships to UMass Lowell.(He got the Unitas Scholarship.)

“I would not be who I am today if we hadn’t come to Lowell,” he says.

And who is he today? Correa Ospina, a first-generation college student, is a junior in the Honors College. He’s double-majoring in economics and psychology. In the future, he hopes to help immigrants and other people from marginalized groups gain access to the education and resources they need to become more financially secure.

He’s also an Emerging Scholar, doing research with Biomedical Engineering Asst. Teaching Prof. Yanfen Li in a first-year engineering design class. They have seniors acting as project managers for teams of new students, and they want to find out if first-year women students feel more confident when their project manager is also a woman.

“We’re trying to find out what kinds of things develop leadership skills in engineers, and also how first-year students develop their identity as engineers,” he explains.

They organized a major networking event for undergraduates in fall 2021, bringing together alumni, graduate students and the dean of Fine Arts, Humanities, Social Sciences and Education, Luis Falcón, for panels on careers and graduate school.

“We wanted them to be able to ask questions of someone who looks like them and has been able to advance as a Hispanic person,” he says.

Outside the university, Correa Ospina has a job as a “universal banker” at Salem 5, where he helps customers open accounts, apply for loans and transact business. He also has a per diem job as a case manager in a program for men who have alcohol and substance use disorders. He says that job has taught him compassion.

“Some of the stories they tell me are heartbreaking,” he says. “Recovery is a complex process, and it’s not easy.”

That compassion and his bilingual skills will be useful in the work Correa Ospina plans to do after graduation: helping to lower some of the economic barriers facing immigrant families and their children. He’s going on for a master’s degree in finance through the Bachelor’s-to-Master’s Program.

“If you’re an immigrant or a first-generation college student, sometimes there’s a language barrier along with the lack of education and resources that you have,” he says.

“Immigrating is like starting anew. Your priority is having a roof over your head, getting a job and getting food on the table. People don’t understand how hard it is.”