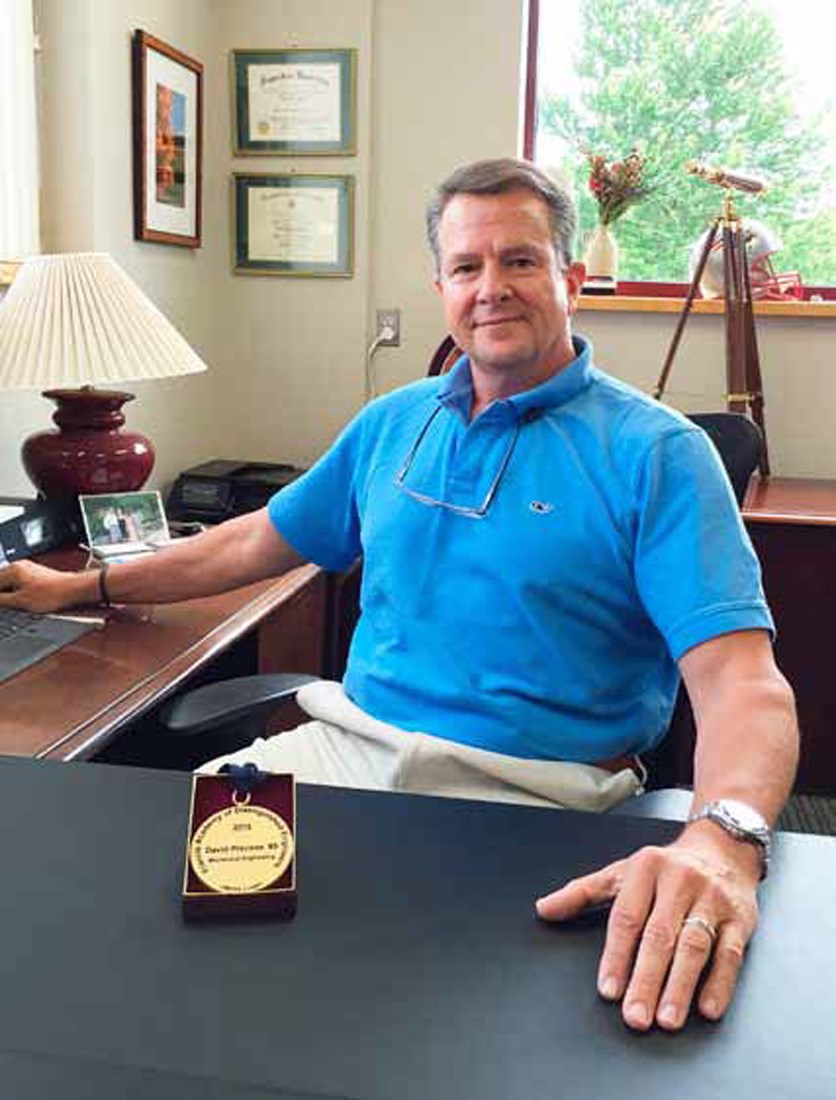 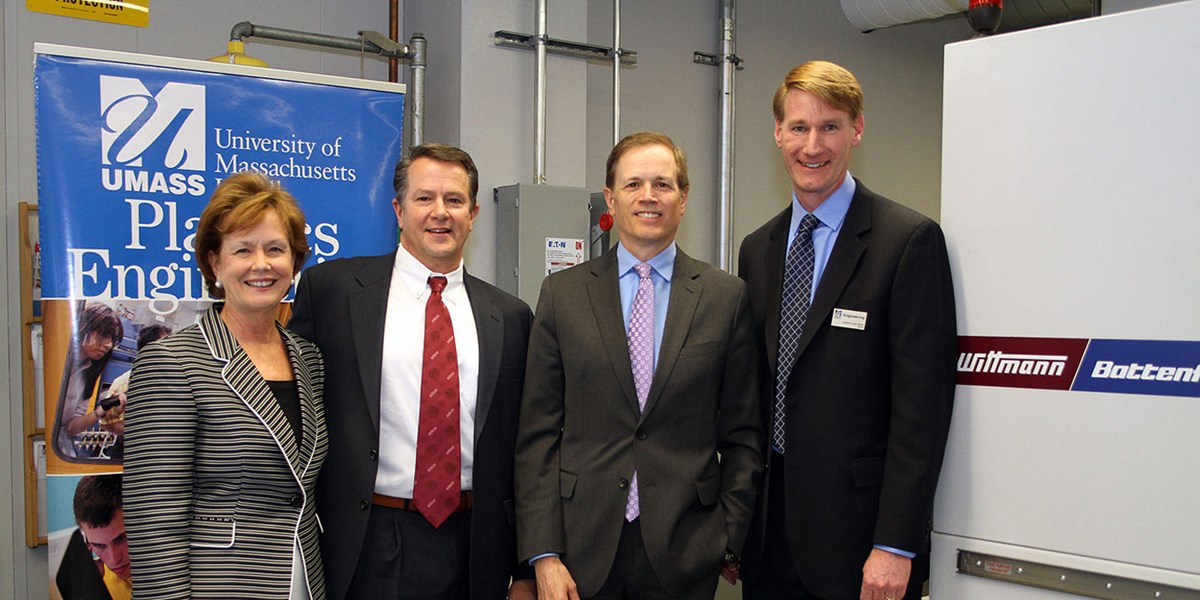 What would David Preusse ’85 have said if, three decades ago, someone had told the freshly minted mechanical engineering grad that he’d one day be president at a multinational company with $400 million in global revenues?
“I would thank them for their optimism and hand them another beer,” Preusse says with a grin.
But thanks to a strong work ethic and willingness to sacrifice – qualities he says he inherited from his father – that’s exactly where Preusse finds himself today: president of Wittmann Battenfeld, a leading manufacturer of injection molding machines, robots and automation systems. Preusse has been with the family-owned Austrian company for 21 years, heading up its U.S. division in Torrington, Conn., since 2002.
“I like that we’re a global company with 2,200 staff worldwide, and yet I have a close relationship and can identify with the owners,” says Preusse, who notes that the company’s founder, Dr. Werner Wittmann, and his son, Michael, were ahead of the global economic curve by establishing operations in 52 countries. A key to the company’s success, Preusse says, is how each location is given the autonomy to operate according to its own local culture and market.
Wittmann Battenfeld’s U.S. operations have enjoyed considerable growth with Preusse at the helm. In 2015, the company set a new milestone for robot shipments, eclipsing its previous high by 10 percent. The company grew to 160 U.S. employees (up from 138 in 2014) and added a new 50,000-square-foot material handling and auxiliaries building next door to its main factory, which can now produce more than 500 robots annually.
Here at UMass Lowell, in the Wittmann Battenfeld Precision Injection Molding Laboratory, the company has been helping prepare Francis College of Engineering students for successful careers for decades. In March 2016, Wittmann Battenfeld supplied the lab with a state-of-the-art injection molding machine work cell, replacing one of two older models that were installed in the 1990s. The new work cell gives students hands-on experience with leading-edge molding technology, including web integration, data storage and Industry 4.0 – the “smart factory” era of industrialization.
At the ribbon-cutting ceremony, Chancellor Jacquie Moloney noted that “it’s critical for us to know that we’re educating and graduating students who are ready to immediately make an impact in their field. Wittmann Battenfeld’s generous support of our program with this brand new equipment helps ensure just that.”
While Preusse says the industry is still several years away from developing communications standards and connection guidelines for different molding cell equipment, Wittmann Battenfeld has already innovated a communications hub and patented a router that will allow plug-in and rapid production with all its equipment. It’s called the Wittmann 4.0 platform, and it’s already being integrated with the molding cell at UMass Lowell. In fact, senior plastics engineering major Patrick McCallum is currently interning with the company and upgrading the school’s cell for his capstone project.
“My goal has been for UML workforce development so graduates can walk into industry and capture their executives’ attention, because young people can carry these innovations that come along so fast,” says Preusse, who adds that the industry is “starving” for more talented and technically skilled new employees.
That’s why Wittmann Battenfeld recently established the “Wittmann Academy,” a program that gives graduate-level engineers the opportunity to spend a year working on a wide range of job assignments in several different departments to get a holistic view of the company. The first participant, plastics engineering grad Richard Heckbert ’14, ’16, started the program in February.
“Too often companies hire someone, stick them in a seat and say, ‘Now work and like it,’ ” says Preusse, who notes that the best learning experience of his career came in his first job out of college at Automated Assemblies Corp. He joined a training program and became a traveling service engineer, installing plastics robots across the country. Preusse eventually shifted to technical sales and marketing, where “I found my calling.” He spent four years in robotics sales at Sterling Corporation (while earning his MBA from Pepperdine University in 1994) before landing at Wittmann Battenfeld in 1996.
A native of Westborough, Mass., Preusse followed in the collegiate footsteps of his older brother, electrical engineering grad Eric Preusse ’83.
“We both felt a unique pride for the kind of hard-working kids who went to UML as opposed to Ivy League schools,” says Preusse, who still remembers professors such as Eugene Niemi and the late Robert “F.D.” Hollenbach (“Draw the free body diagrams!”).
“UML was a tough engineering education that weeded out plenty of students not ready for the tests, class loads, maturity and high work demands,” says Preusse, who received the Francis Academy of Distinguished Engineers award from the university in 2016.
Preusse is proud that his alma mater continues to turn out some of the most qualified young talent in the industry.
“After I left UML and joined the plastics industry, I came to realize how impressive a UML plastics engineering degree is regarded in my industry,” he says. “No one can dispute that, of university graduates who grow into management positions in our plastics industry, most are from UMass Lowell.”