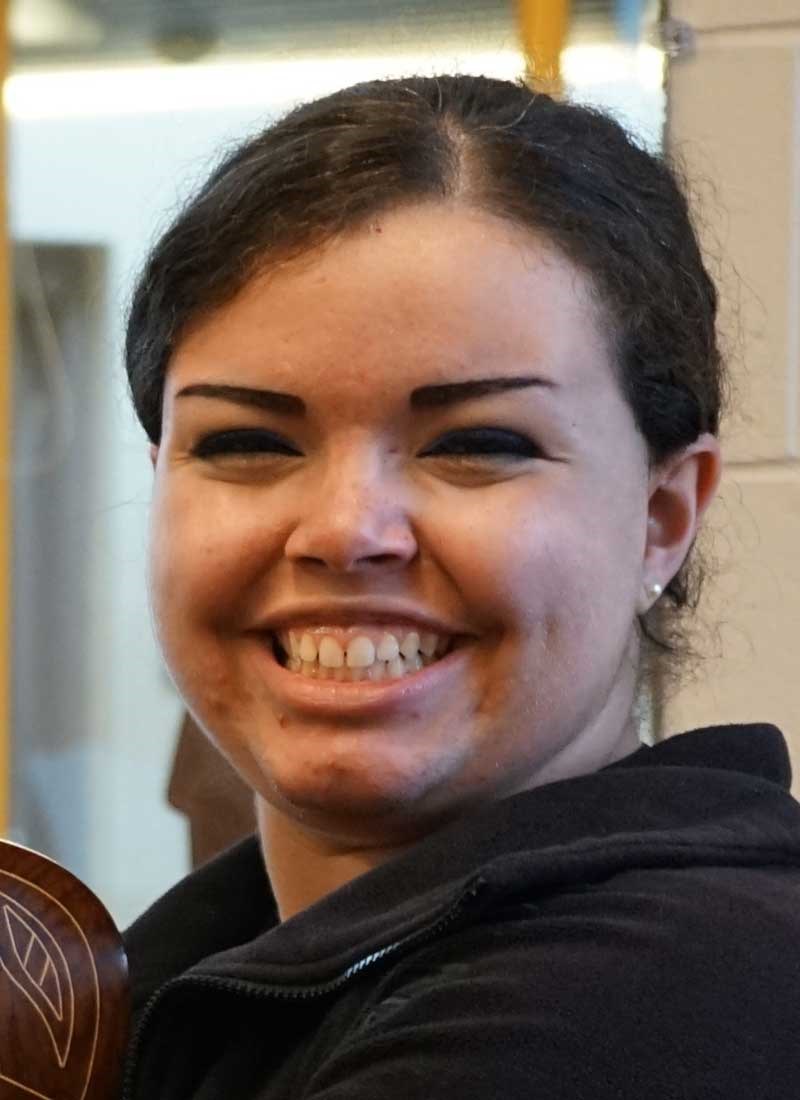 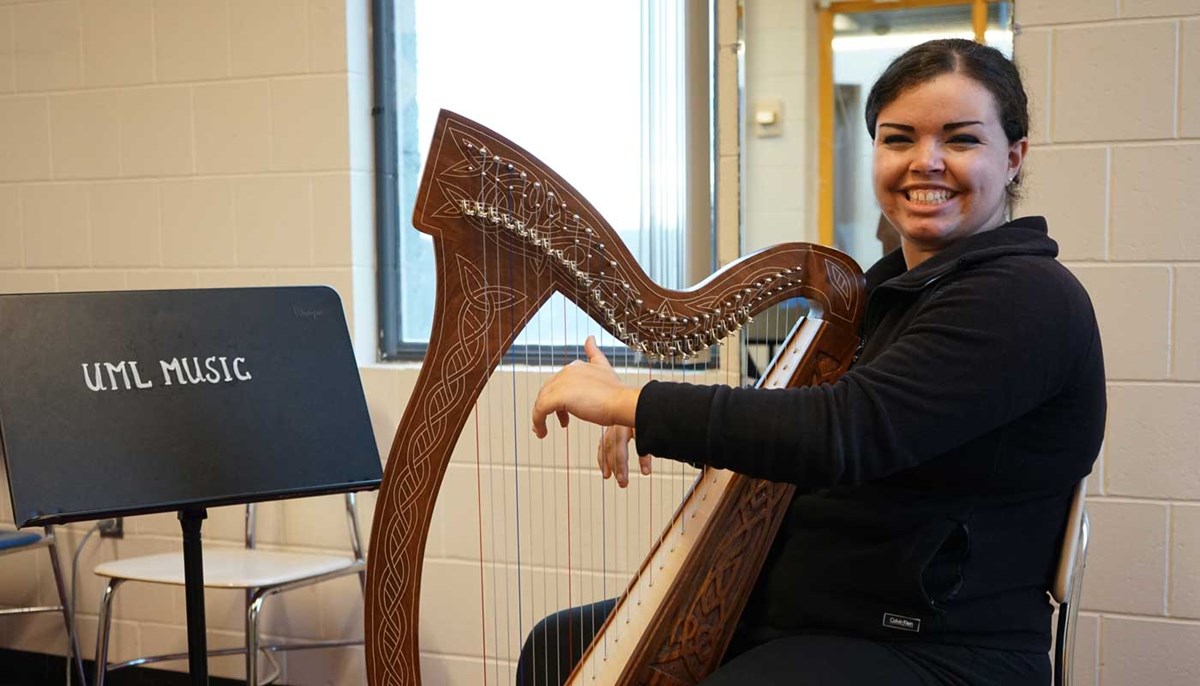 When Brynne Santos was finishing high school, she asked her parents to buy her a Celtic harp as a graduation gift.

Her parents, who were both professional musicians when they met, happily agreed.

“I’ve been interested in Celtic music from a very early age,” Santos says. “My mom was always playing it on CDs, and then I discovered Celtic Women, Enya and Loreena McKennitt.”

Not even four years later, Santos is accomplished enough on the four-octave harp to accompany herself as she sings traditional Celtic tunes in a voice both rich and sweet. She led the fall 2021 Early Music Ensemble concert with a solo rendition of “Als I Lay on Yoolis Night” in Middle English, which she taught herself to pronounce. She’s more advanced in the Irish language, which she can speak.

Santos says she gets her musical talent from her parents, both of whom are vocalists. Her father plays piano and her mother plays guitar.

“In our house, singing is like talking,” she says.

Her parents later moved on to other careers, which influenced Santos’ choice to major in music business.

“Music is my passion, but it’s notoriously difficult to make a living at it,” she says. “I’m doing what I love, but I’m also getting a business degree.”

Santos hopes to start out in a music marketing job after graduation, but her dream is to become a self-sufficient recording artist. She has a website and a YouTube channel, and she sells her music on Bandcamp.com. She’s also recorded an EP with Seven Six Records, the UMass Lowell record label.

Her work ranges from traditional music to her own rock compositions – which also sometimes feature Celtic harp.

“I’ve recorded a lot of originals since I’ve been here,” she says.

After high school, Santos spent a year studying at Cape Cod Community College while starting Celtic harp lessons with teachers on the Cape. Then she transferred to UMass Lowell.

“I knew that I wanted to do something in music, but I wasn’t sure what,” she says. “I just felt like there were a lot of options here.”

While she has several mentors on the Music Department faculty, she feels a special affinity with Songwriting Ensemble director Chris Lee, an assistant teaching professor. Students in the ensemble serve as session musicians for each other, and Lee, a visiting lecturer, has created percussion tracks for most of Santos’s rock songs.

“We understand each other artistically. I just have to sing a song once, and he understands what I want,” she says. “I call it the ensemble where all of my dreams come true.”

Although the Music Department is a large one, Santos says that the constant musical collaboration, even during the pandemic, makes it feel intimate.

“There’s just such an atmosphere here,” she says. “You forge these deeper connections and soak up the energy around you.”