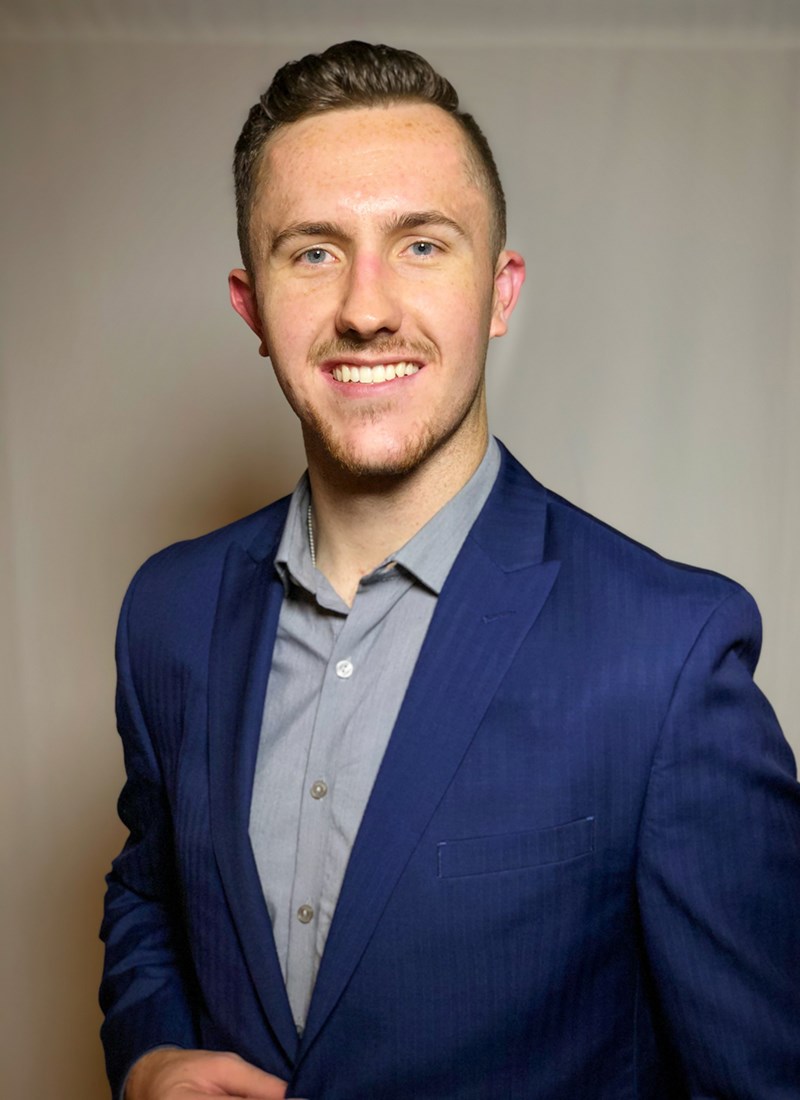 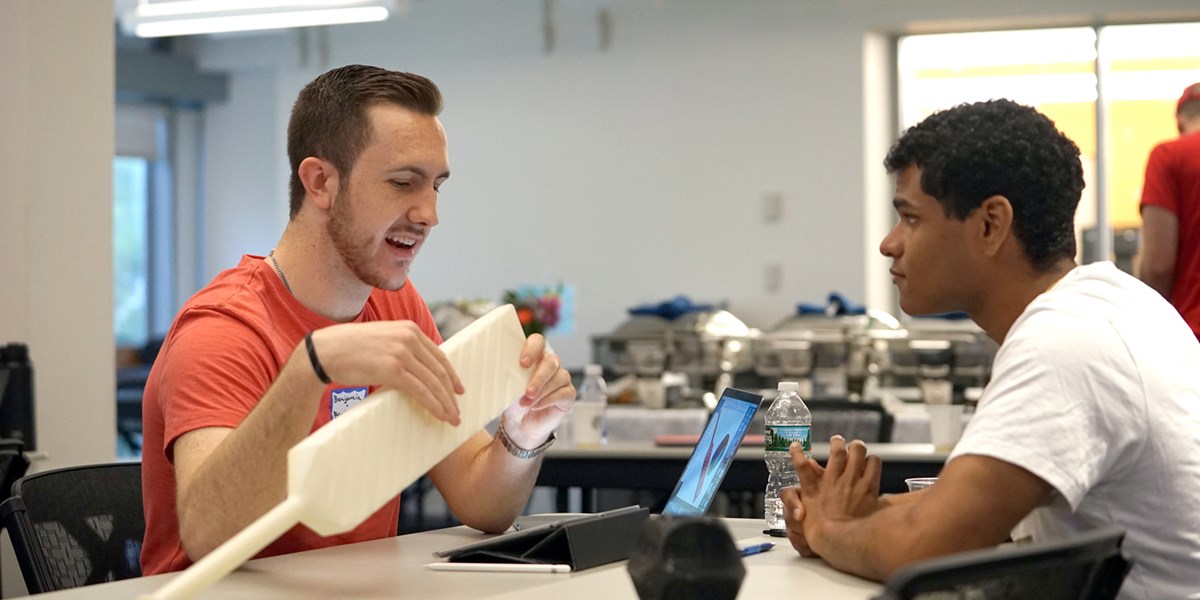 Benjamin McEvoy always had a strong interest in business and dreamed of running his own company someday. He found the perfect outlet for those ambitions in UML’s DifferenceMaker program, which engages students from all disciplines in creative problem-solving and entrepreneurship.

McEvoy, a business major with concentrations in finance and management information systems, had an idea for a new version of backyard baseball that anyone could play. The idea came to him years earlier as he watched children struggling to play on the beach.

“Two kids were playing Wiffle ball, and it looked like an awful lot of work to chase down the ball yourself and then go all the way back, pitch it again and chase it down,” he says.

McEvoy, a longtime volunteer in the special needs community, thought about ways to make the game easier for young children and for special needs athletes – who are often relegated to the sidelines.

He got involved in the DifferenceMaker program and he and his teammates pitched his idea for a game dubbed Benji Ball, which includes a modified bat and ball. The team won three DifferenceMaker competitions and netted $14,000 in prize money. Determined to bring Benji Ball to market, they conducted research, built prototypes, applied for a patent and met with manufacturers. The pandemic delayed things, but McEvoy is still pursuing the project.

“I have been working with a manufacturer's consultant to find potential options, both foreign and domestic, to get it made,” he says.

A resident of Dunstable, Massachusetts, McEvoy chose UMass Lowell after visiting the Manning School of Business and checking out the Bloomberg Finance Lab.

“One of the things that was important to me was a Bloomberg Terminal,” he says, referring to the computer software system that gives financial professionals access to real-time market data. “That, and I grew up watching UMass Lowell hockey.”

McEvoy, who played hockey in high school, volunteered as a student manager for the River Hawks Division I men’s ice hockey team during his sophomore year. He tracked statistics and got in the net as a practice goalie. That led to an invitation to join the roster as a full-fledged member of the team. He served as third goalie during his junior and senior years.

“I never ended up getting in a game, but just being a part of the team was a dream come true,” McEvoy says. “I became such a better man from being on the team, from having a consistent schedule and learning how to manage my time in hockey, classes and my personal life. I never took a second on the ice, in the locker room or grabbing a coffee with the guys for granted.”

In recognition of his work on behalf of others, McEvoy was awarded a 2021 Chancellor’s Medal for Community Service. He was one of seven members of his graduating class to win the award.

McEvoy hopes to work as a financial analyst, a career path he prepared for during summer internships with Foresters Financial, Digital Federal Credit Union and Northstar Financial Companies. He is interested in working in venture capital or private equity.

Long term, he still wants to run his own company someday.

“I have always dreamed of being my own boss and at some point and having my own company. Whether that is Benji Ball Games or something else down the line, I will be extremely proud,” he says.