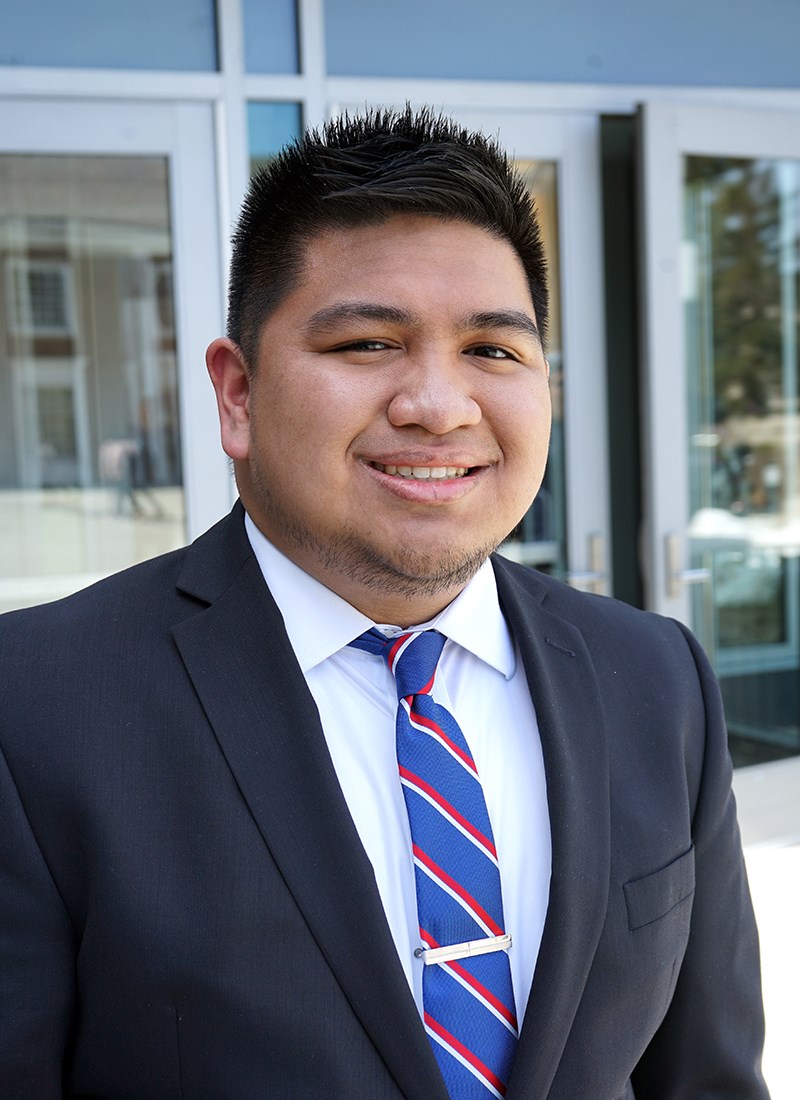 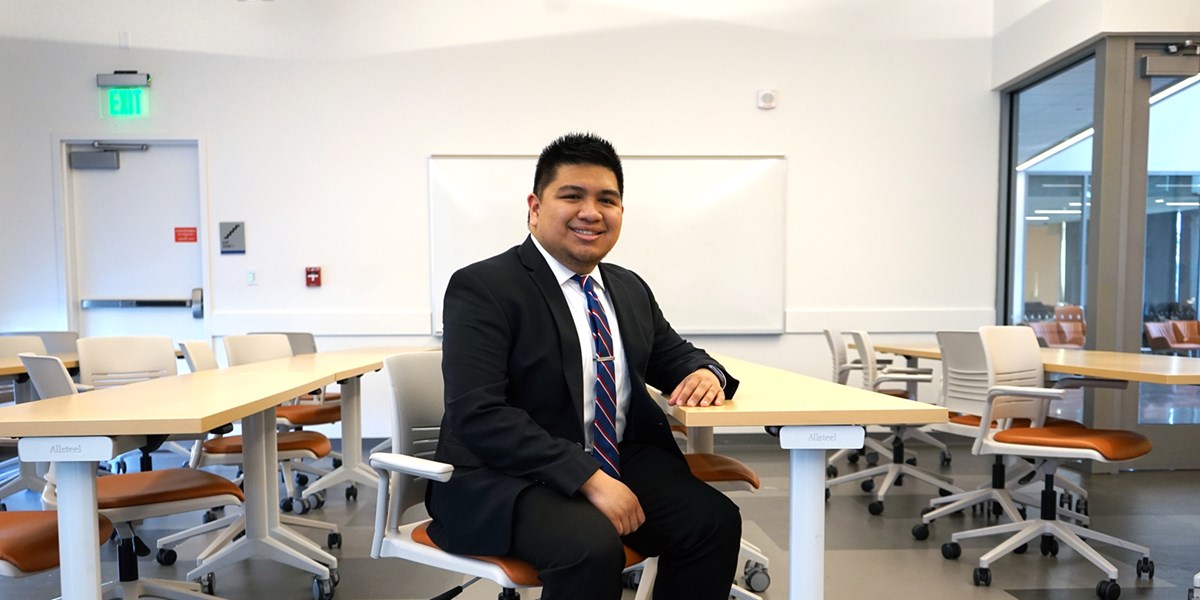 From the Bellegarde Boathouse dock, young Andre Ragel stepped cautiously into the bobbing boat, excited to begin his first day of lessons with the UMass Lowell Youth Rowing Summer Program.
There was just one problem, though: Ragel didn’t know there would be a swim test. Suddenly, the boat full of middle school-aged campers was tipped, and everyone was sent happily splashing into the Merrimack River. Everyone, that is, except for Ragel, who could barely tread water. The instructors quickly handed him a life jacket.
“It was embarrassing,” Ragel recalls. “But it motivated me. I thought, ‘I need to learn how to swim.’”
Ragel not only learned how to swim, he went on to make the varsity swim team at Lowell High School. He then joined the club swim team his freshman year at UMass Lowell, specializing in freestyle events.
Turns out, Ragel is perfectly comfortable being thrown into the deep end.
“My best work comes when I’m under pressure,” says Ragel, a rising sophomore majoring in business administration with a concentration in management and a minor in public health. “It only motivates me to do better and stay on top of things, because they need to get done.”
Ragel learned that fearless, sink-or-swim attitude from his mom, Kathryn, who raised him on her own in their native Philippines. When Ragel was 8 years old, his mom moved them halfway around the world to Lowell, where they didn’t know a soul. In search of better opportunity, Kathryn had found a nursing job at Lowell General Hospital through a recruiter. Mother and son settled into a small apartment just a mile from the UML campus.
“Two-hundred dollars and a dream” is how Ragel describes the life-changing move, referring to what money his mom had when they stepped off the plane that chilly day in January 2007.
Thrown into the deep end in his new home, Ragel worked hard to learn English. By his senior year of high school, he was editor of the student newspaper and taking AP courses. Ragel’s hard work was rewarded with Lowell High’s Tsongas Scholarship, guaranteeing him a four-year full ride at UMass Lowell.
Admitted to the Honors College, Ragel joined the First-Year Commonwealth Honors Living Learning Community at University Suites. But Ragel found it wasn’t easy adjusting to the pace and independence of college life. He started looking for a life jacket.
“I needed help adapting to the college lifestyle,” says Ragel, who found a mentor in senior lecturer Deb Finch, director of first-year experience for the Manning School of Business. “She connected me with like-minded people, which was huge.”
Ragel joined the DifferenceMaker Program, and his team finished second at the DCU Innovation Contest with its project ATMpal. He began writing for the Connector student newspaper and was named news editor by the spring semester his freshman year. He joined the Marketing Society, DECA and the Chess Club.
And if that wasn’t enough, Ragel also landed the job of Move-Out Coordinator with the Office of Sustainability. At the end of his freshman year, while most of his peers were scattering for the summer, Ragel was overseeing the collection of thousands of pounds of furniture, clothing, food and miscellaneous items left behind by students as they vacated residence halls. Ragel organized a team of volunteers to sort the items so they could be donated to local nonprofits.
“I wanted to do something that made an impact at the university,” says Ragel, who also helped coordinate the “Spring into Recycling” events on campus.
In 2015, Ragel and his mom became U.S. citizens, taking their oaths at Lowell Memorial Auditorium. The last time they visited the Philippines, where Ragel’s grandmother still lives, was 2011.
“Hopefully we’ll visit again soon. I do miss home,” Ragel says. “But we moved here to seek better opportunities, and I feel that’s something we have accomplished. I’m definitely in a better place and on the right track.”
Looking back at his freshman year, Ragel is glad he dove in headfirst. “It makes it more fulfilling to go back to my room at night when I feel exhausted,” he says with a hybrid smile-laugh that punctuates much of his conversation.
With three years of undergraduate studies still ahead, Ragel doesn’t think he’s exhausted his extracurricular opportunities. He plans to join the Student Government Association and wants to study abroad, maybe in New Zealand or Australia. Travel is one of his favorite hobbies (he’s already more than halfway to his goal of visiting all 50 states). “It’s better to get out of your comfort zone sometimes and try new things than to not try at all,” he says.
And there’s one other item on Ragel’s to-do list: He wants to take a different kind of plunge and try skydiving.