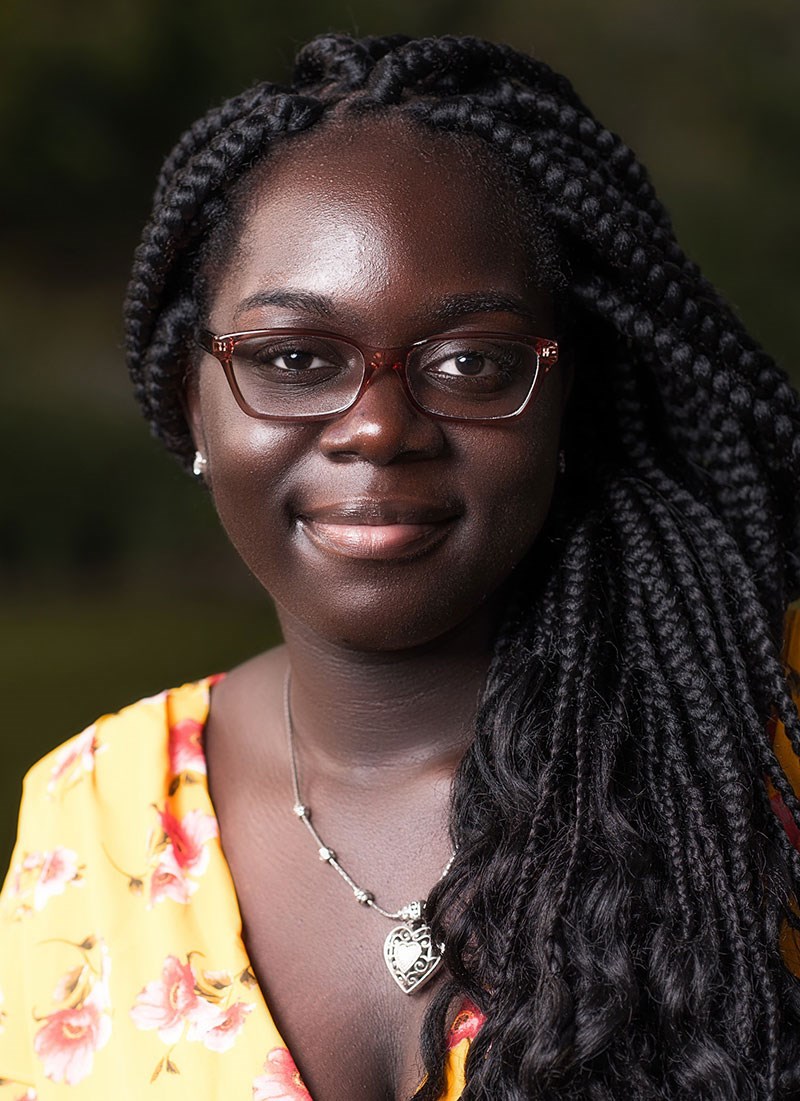 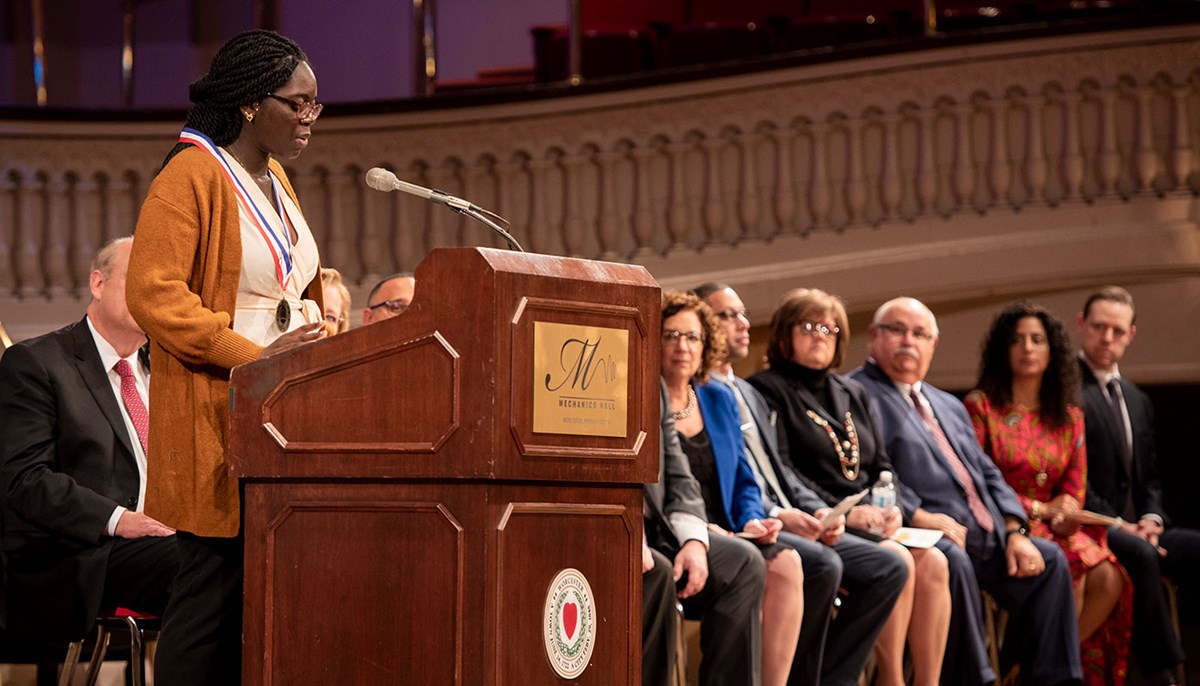 First-year nursing major Amina Mohammed describes herself as “very, very shy, very quiet.”
Poetry gave her a voice.
In January 2020, during her senior year of high school, Mohammed was honored as the first Youth Poet Laureate of Worcester, Massachusetts, in a ceremony at Mechanics Hall. She’s also the first youth poet laureate in the state.
“Being the youth poet laureate, getting out and performing and meeting all these people, has really increased my confidence,” she says.
She reads at official community events, serving as an ambassador for the arts in the city to other young people. She helps with open mic events, and uses her official Facebook page to encourage youth activism, too.
“Youths need a voice in our government and our society,” she says. “A lot of people feel like, ‘You’re just kids,’ but a lot of the things going on in our society affect us and will affect our children’s lives.”
Mohammed cares deeply about children and their future – so much so that she applied to UMass Lowell as a nursing major. Her goal is to become a pediatric nurse practitioner.
That goal and her poetry both arose from a devastating time in her life. When Mohammed was 10 years old, her mother died.
Her mother’s family had fled Liberia’s civil war for the United States. Her father emigrated from Ghana a short time afterward. Here, they tried to make a better life for themselves, Mohammed and her three older brothers by working 16-hour days at low-wage jobs.
But when Mohammed’s mother died, everything collapsed. Her father spent all his savings on the funeral. A few months later, he was laid off from his job, and within a year, the family lost their house.
Suffering loss upon loss, and as the youngest child and only girl in her family, Mohammed felt alone in her grief. And then she started middle school, where she also had to deal with teasing and bullying. If anyone looked at her sideways or said something that upset her, she lashed out, she says.
Her life began to turn around when she got a scholarship to attend Holy Name Central Catholic High School (now St. Paul’s), where an English teacher encouraged her to write poetry and express her rage on the page. Up to that point, Mohammed had no use for poetry – “all of those rules, rhyming couplets, and all that.” Her teacher encouraged her to write in free verse instead, and everything poured out.
“My poetry is not forced. You’re not going to tell me to sit down and write a poem: When it comes, it comes,” Mohammed says now. “The poems I write are very genuine. I’m going to go for a direct hit; I’m not going to beat about the bush.”
A year later, the same teacher encouraged Mohammed to apply to be Worcester’s first youth poet laureate. She did – and was stunned when she got a phone call telling her that she’d been chosen.
“I was just crying. It was very emotional,” she says.
Now she encourages other young people to express themselves, whether through poetry, art, music, dance or social activism. And she’s aiming at a career that will help her make a difference in other children’s lives, so that they won’t have to feel alone, the way she did.
“When I got to high school, I realized that, with everything going on in the world, my passion is to help people. That’s what brings joy to my heart: knowing that I helped someone when they’re at their lowest,” she says. “That love I didn’t have growing up, I didn’t want anyone to go through that.”
I’m from staying strong no matter what and seeing the world for what it truly is
To the consistent reminder to get up and speak up
Because in reality people rely on your silence.