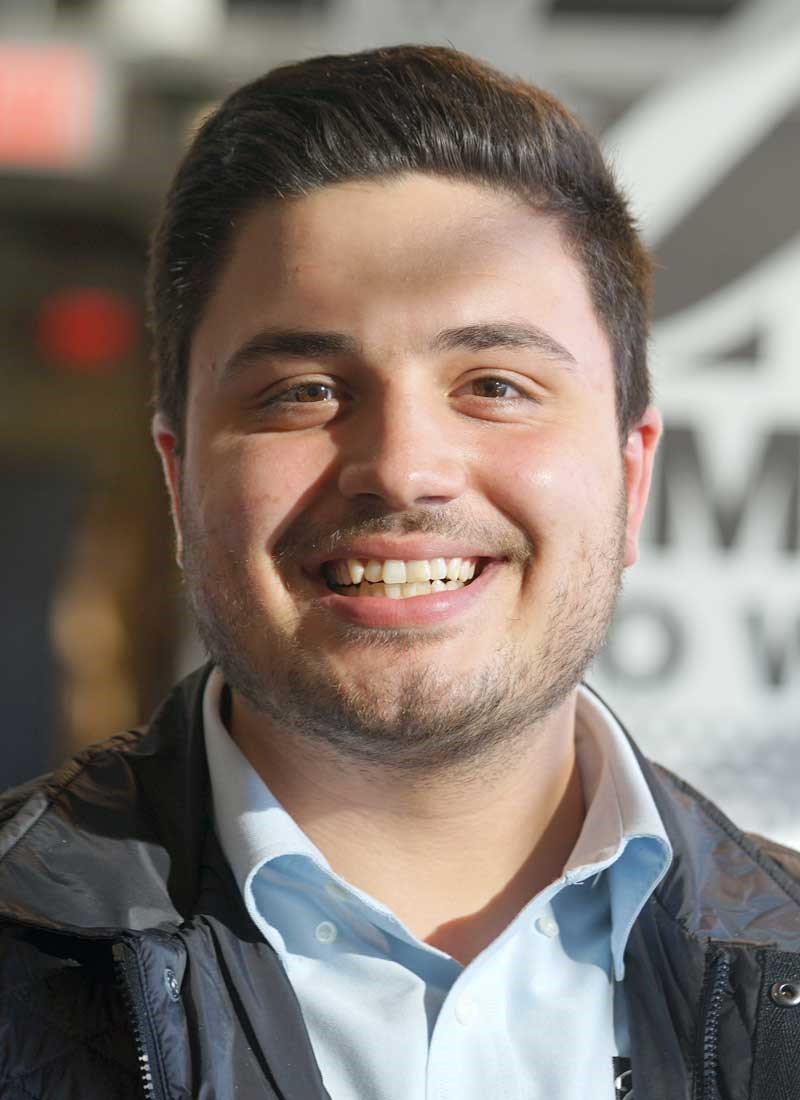 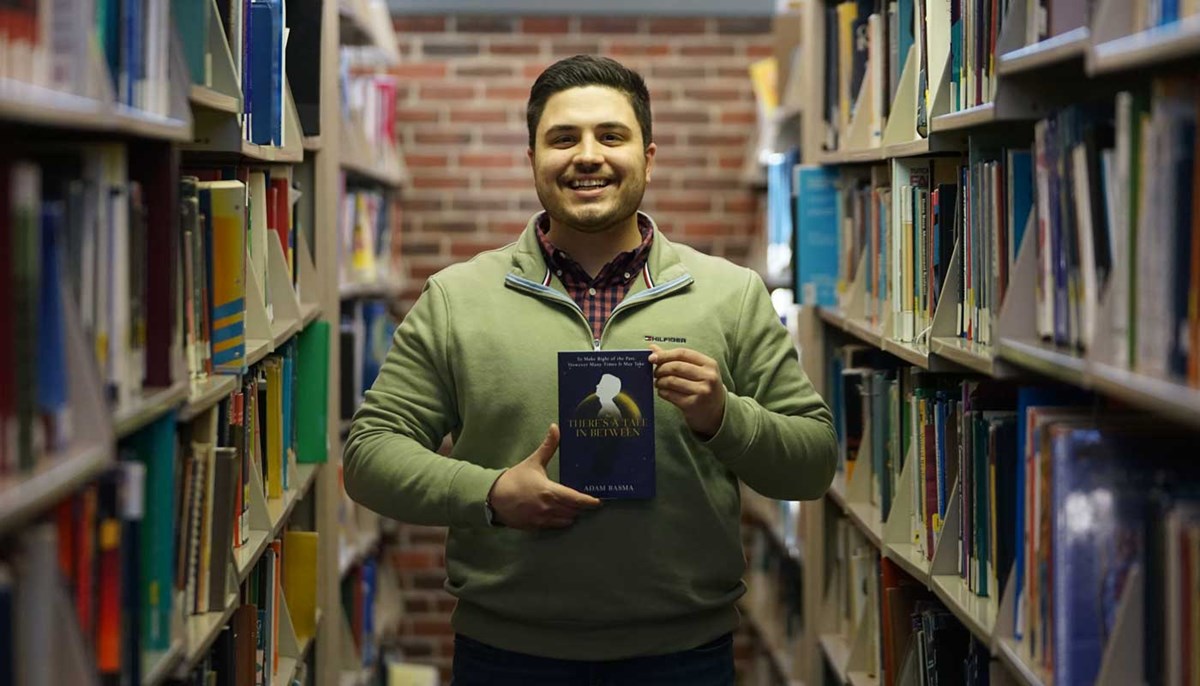 Adam Basma showed up for his first day on the job at a funeral home wearing his high school prom tuxedo. That should tell you something about his work ethic.

“I had no other suit,” explains Basma, who as a high school student worked seven nights a week at a restaurant in his hometown of Shirley, Massachusetts. One night, a customer who owned a local funeral home asked Basma if he’d like to come work there during the day over the summer.

“When I showed up in my prom tux, he instantly got me fitted for a charcoal gray suit,” says Basma, who has continued working part-time at both the restaurant and funeral home while pursuing his business administration degree at UMass Lowell.

Working as a funeral assistant certainly isn’t a traditional college job, but Basma says the experience has proven valuable in an unforeseen way: It has provided grist for his recently published debut novel, “There’s a Tale in Between” (New Degree Press). It’s a 208-page fictional story about a young man named Alec who discovers at his grandmother’s funeral that he had a brother who died — a secret his family kept from him for nearly 20 years.

“A lot of the story’s ideas about death and spirituality came from my experience at the funeral home. I’ve been grateful to learn a lot about life by working through death,” Basma says.

Basma wrote the book’s original 15,000-word manuscript as a senior project in high school. During his junior year at UML, he learned that one of his favorite professors, Assoc. Teaching Prof. Deborah Finch, had published a book through the Creator Institute, a five-month remote course that provides aspiring authors with editorial and marketing support.

With financial assistance from the Rist DifferenceMaker Institute, where he has worked as a marketing intern since his freshman year, Basma enrolled in the program, dusting off his manuscript and turning it into a book for his senior Honors College project.

“It helped connect to my learning here at UML, because they had us treat our book like an entrepreneurial process. Our book was like a startup,” says Basma, who created an Indiegogo campaign that raised $5,800 in presales in just 10 days. When he received the first shipment of books, it was a moment of “pure joy and sheer excitement,” he says.

“It goes to show that it’s absolutely something that can be done by the time you graduate,” says Basma, who managed to write two to three hours a week while juggling six classes and 60 hours of work.

Basma followed in the UML footsteps of his older sister, Zayna Basma, who now works as a research associate at the MassINC Polling Group. He says he’s grateful for the support he’s received from faculty members such as Finch.

“Every time I’ve reached out to ask for advice or a reference, faculty have been so reciprocating with positive energy. I’ve never had a bad experience,” he says.

With concentrations in marketing and entrepreneurship, Basma set his sights on sales development jobs to begin his career. He also focused on companies that demonstrate strong corporate social responsibility — something that he “never would have thought about” were it not for his work with DifferenceMakers and his Honors College enrichment requirements.

He found what he’s looking for at B2B marketing technology firm Zoominfo, where he will start working after Commencement.

“Sometimes people think you’re just getting a piece of paper in college, but that’s not the case at UMass Lowell,” he says. “My education here impacts everything I’m doing in the future.”