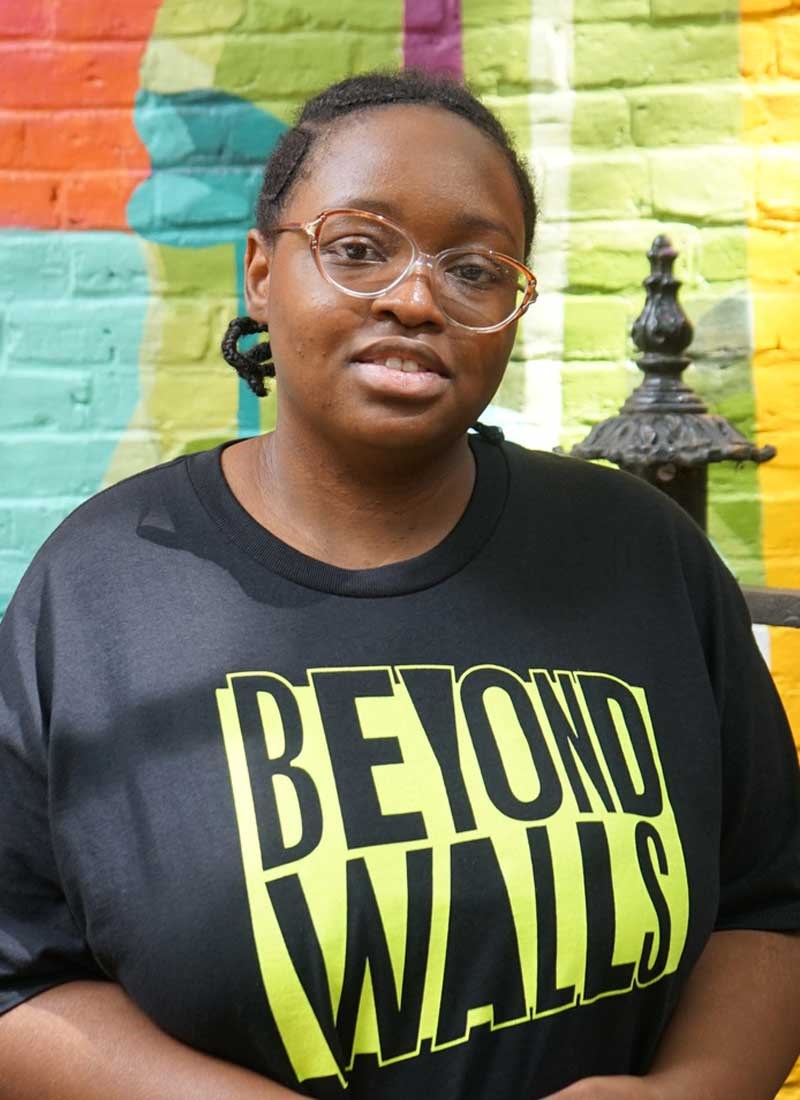 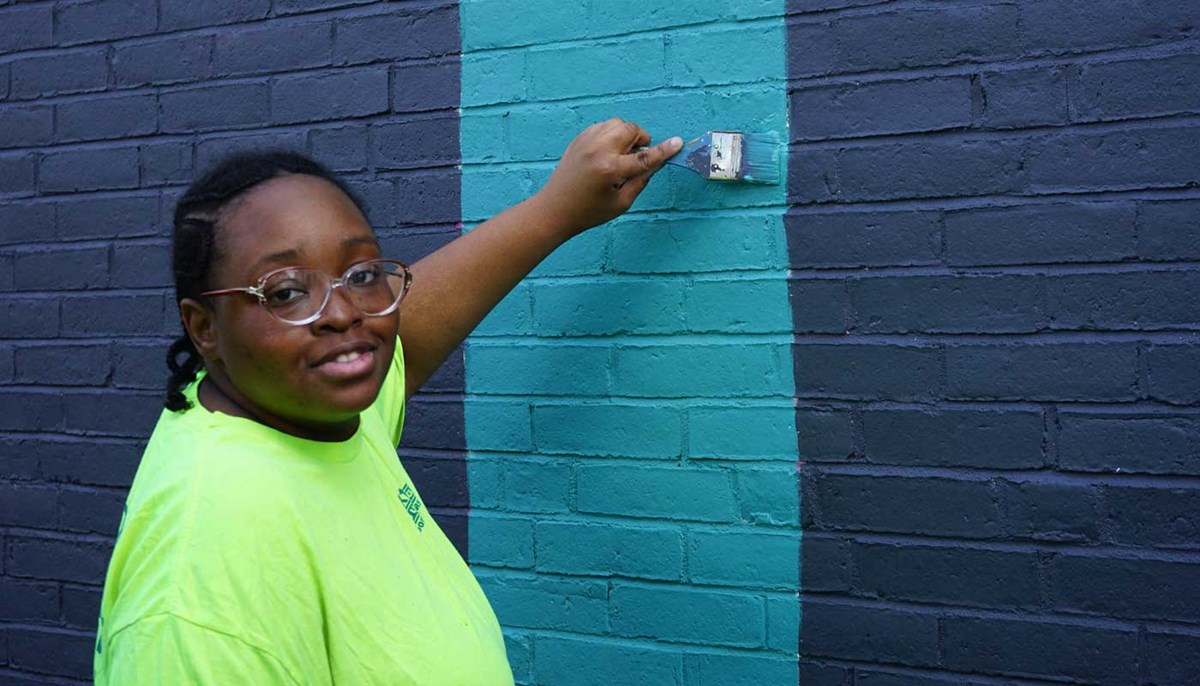 Urdilinya Smith discovered a love of drawing in the fourth grade.

She has wanted to be an artist ever since, and her parents – both professional musicians who also run a production company – supported her dream as she took art classes at Lowell High School and Middlesex Community College.

When she arrived at UMass Lowell as a transfer student and studio art major, she realized how lucky she was.

“Other students’ parents are not always that enthusiastic. They would say things like, ‘You should get a real job,’” she says. “But my parents were always very supportive of me, and I’m very grateful for that.”

Smith got her first “real job” in art – a paid internship – in August 2022, when she worked as a site manager for ArtUp Lowell as nine artists painted murals around the city, including two on campus.

Mostly, Smith worked with artist Sophy Tuttle, who designed and painted a mural on Mahoney Hall. Smith was paid for two weeks by Project LEARN, a city nonprofit that organizes ArtUp Lowell’s mural projects in partnership with Beyond Walls, based in Lynn, Massachusetts.

Smith helped to paint the “graffiti grid” that Tuttle uses to scale up her designs, as well as the mural itself, which portrays plants and animals on the Massachusetts endangered species list.

Smith also was fascinated to see how Tuttle adjusted some of the planned colors to work better in the overall design and under varying light at different times of day.

“There are some berries in the mural that constantly changed color over the course of a few days,” Smith says. “I learned that you have to take your cues from the colors around it; you have to be willing to change things.”

But perhaps the most important lesson Smith learned is about the planning, permits and customer communication that go into a successful public art project. Her classes, especially Form and Content, in which students create art installations for the UML campus, helped to prepare her, she says.

Smith, who has only a few classes to finish before graduating, hopes to parlay her experience and knowledge into painting murals for private businesses in the city.

But her main professional focus is “concept art” that mixes traditional painting and drawing with digital tools, an area she explored during her yearlong senior studio course.

She plans to develop characters for video games and other digital and product applications, as well as do illustration work. Two influential classes – Illustration, and Character and Layout Design – taught her more about job opportunities in those areas while honing her artistic skills, she says.

“I want to do freelance work. I want to carve out my own path, my own art, my own brand – sell my own prints, my own art,” she says. “I want to run things on my own. I’ll work for a big company if I need to, but that’s not my goal.”