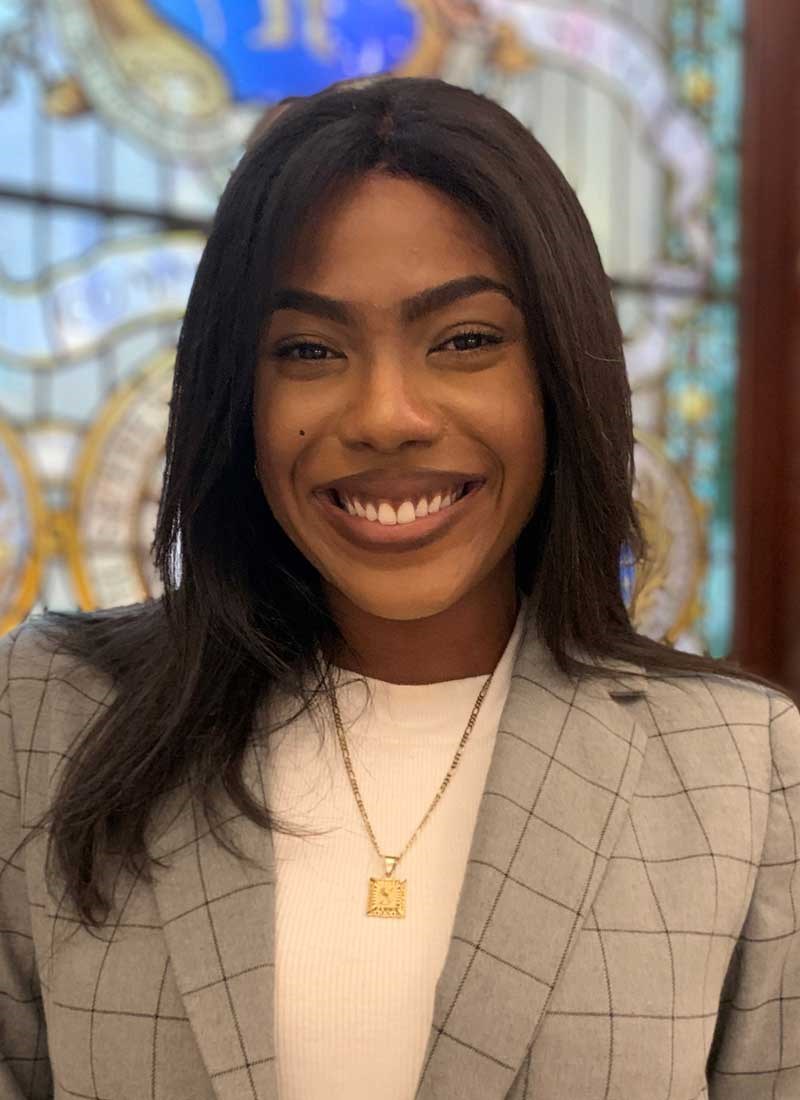 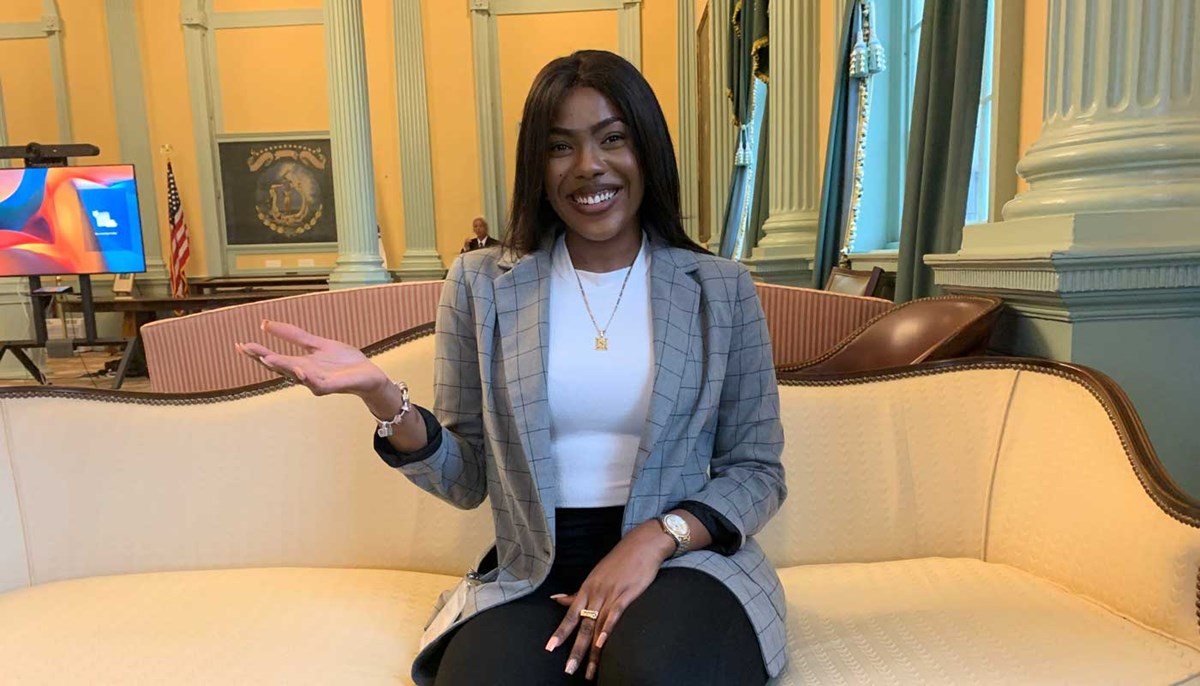 Stacey Nwachukwu ’20, ’22 got a lot of pressure from her family to pursue a prestigious career in health care or law.

But Nwachukwu wanted more than professional success. She also wanted to help marginalized communities by creating change. So, with help from a high school guidance counselor, she decided to apply to colleges as a public health major.

“I wanted to get into the general area of health, but I didn’t want to treat patients once the damage had been done,” she says. “I love that public health focuses on prevention and that it prioritizes population health, not just individual health.”

Nwachukwu chose UMass Lowell because it was close to her home in Boston’s Dorchester neighborhood, but far enough away to give her more independence.

“It was also very affordable, and I heard great things about the school and how dedicated the faculty and staff were to student success,” she says.

With Walter’s support, Nwachukwu won acceptance to the program, which placed her as a government affairs and public policy intern with the Massachusetts League of Community Health Centers. There, she learned about how the centers, which provide vital preventative and primary health care services for low-income city and rural residents, had to fight at the Statehouse and in Washington, D.C., for adequate funding.

Nwachukwu considered becoming the director of a community health center, and she embarked on a master’s degree in public health in health care management while working as a research assistant in the Lowell Healthy Homes project and as an early childhood education specialist at UTEC.

But given Nwachukwu’s interests, Clinical Instructor Casey León recommended that she do her practicum as an intern at the Massachusetts Statehouse, and set up an interview for her with state Rep. Tami Gouveia’s office.

Nwachukwu worked for Gouveia on public health-related bills, including one that allows Massachusetts cities and towns to set “green” standards for new buildings and another designed to help traumatized children. She made herself so valuable that Gouveia kept her on as a fellow.

The experience was a game-changer, she says.

“It made me realize that policy is where I want to be,” she says. “I want to be at the decision-making table.”

While there, Nwachukwu deliberately set out to build her network by asking a mentor in Gouveia’s office to connect her with other legislative staff of color. She talked to them about their jobs, and one – the outgoing district director for state Sen. Sonia Chang-Díaz, who represents half of Boston – encouraged Nwachukwu to apply for the job.

Overwhelmed at the end of the semester, Nwachukwu didn’t feel ready. But two months later, she reached out again to see if the position was still open. It was – and she got it.

Now, after completing her master’s degree, she’s Chang-Díaz’s liaison for the neighborhoods where she grew up, Dorchester and Roxbury, as well as Mattapan. She’s also responsible for legislative and constituent work in the areas of public health, housing, youth violence and prevention, labor and workforce development, elder affairs, substance use disorders and more.

She joined the office as Chang-Díaz decided to run for governor, bringing more attention to her work on social justice legislation and issues that affect working families, Nwachukwu says.

“I couldn’t be happier working in this office. Our core values just align perfectly,” she says. “Senator Chang-Díaz is so committed to securing a future for young people, especially from marginalized communities. She has this sense of urgency to keep the train moving.”

And Nwachukwu is on board, thanks in part to her faculty mentors, especially Walter and León.

“Angela set me on the path, and Casey is my girl,” she says. “I tell her all the time, ‘You are the reason I’m here.’ It’s so great to have someone like that in my corner, believing in me.”