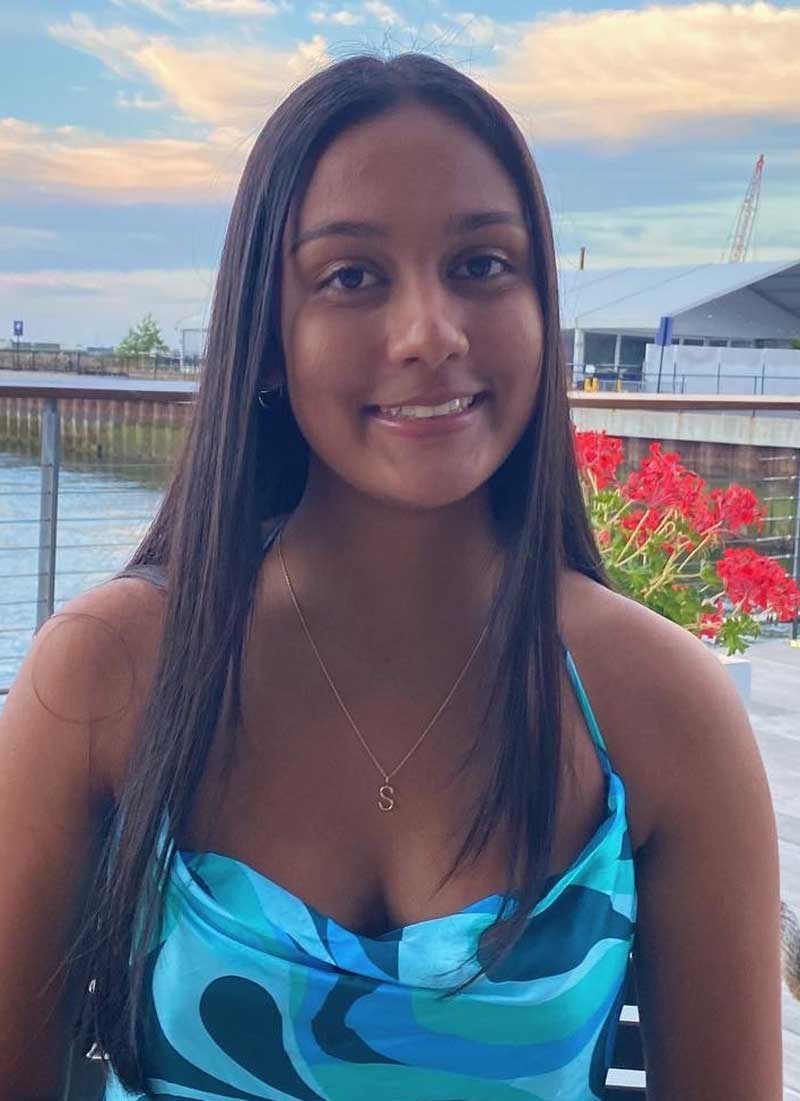 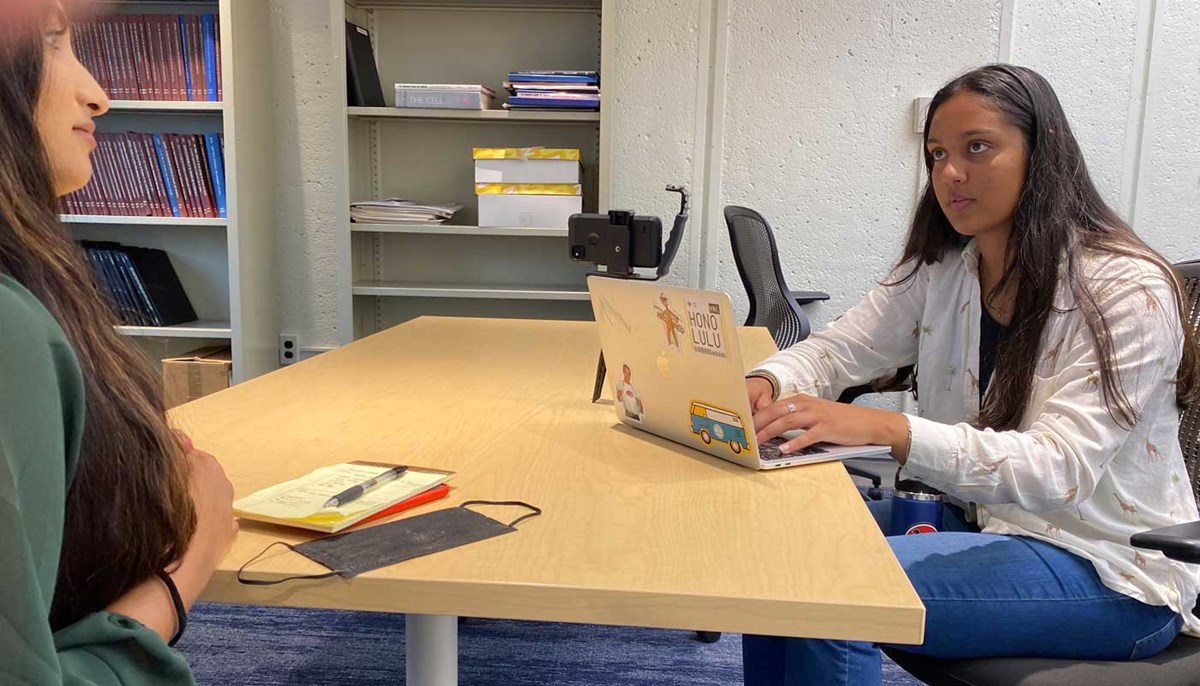 Sonakshi Chaudhary came to UMass Lowell planning to transfer to a larger university after her first year.

However, she quickly fell in love with everything the campus has to offer and decided to stay for the long run.

“My freshman year was amazing,” Chaudhary says, crediting the friendships she made both in and out of the classroom. “I love all the people that I’m meeting, because everyone is so culturally diverse.”

The honors biological sciences major from Andover, Massachusetts, initially chose to attend UML because it is affordable.

Her older brother, Nik, had earned his bachelor’s and master’s degrees at the university in 2020 through an accelerated program. He gave Chaudhary the advice that “college is whatever you make of it,” and she took that to heart.

She was selected to join the Immersive Scholars program, which led to a role as a multimedia journalist for the Department of Biological Sciences, allowing her to combine her studies with her hobby of making videos. Chaudhary has been interviewing biological sciences professors and students over the summer for a video she will ultimately create to encapsulate the department.

“This has been a good way for me to learn what the department has to offer,” she says. “In the future, if I want to do research, I already know what’s out there.”

Chaudhary chose the biological sciences program, in part, because she hopes to eventually attend medical school.

“Biology is the study of life, and I like knowing more about myself,” she says, adding that she enjoys learning about cells and genetics in her classes.

“People always get grossed out by the TV show ‘Dr. Pimple Popper,’ but that does not faze me at all,” she says. “Plus, she has her own TV show and Instagram, and she puts together video content herself, which inspires me too.”

When Chaudhary is not focusing on her schoolwork, she can often be found at a River Hawks hockey game or an Honors College event with people she’s met on campus.

“I’m so happy that I found people who are different from me but I can also connect with,” she says. “I recommend that freshmen come to UMass Lowell with an open mind.”