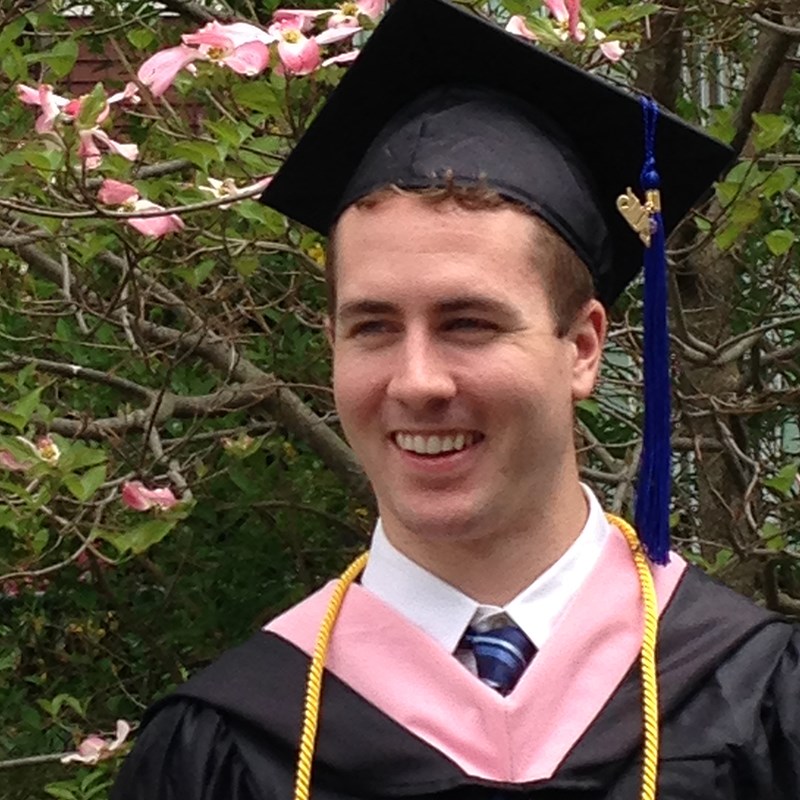 When Sean Patterson was looking at four-year colleges, he wasn’t sure where his interests would take him. He was a die-hard music fan and a drummer, and he was deeply curious about the sonic components involved in recording bands.
Patterson heard about UMass Lowell’s celebrated sound recording technology (SRT) program and was intrigued. Although subjects like calculus and physics were outside his comfort zone, he applied, was accepted and enrolled.
“I was naive going into it. It was a big wake-up call, taking courses like calculus. It was pretty hard for me, but I learned so much. I loved the recording side of the program enough to keep me going through the math and physics,” says Patterson, who earned an associate’s degree in liberal arts from Cape Cod Community College before transferring to UMass Lowell.
“My experience in the SRT program taught me how to get better and – importantly – how to ask for help,” he says. “I definitely learned to learn.”
Patterson, who earned both a bachelor’s and master’s from the SRT program, also had a pipeline to sought-after internships. During the summer of 2017, he worked a paid summer internship with Sony PlayStation in San Diego (“Paradise,” he says), where he was involved with the production side of recording. The two previous summers, he interned at the Bay State-based Bose Corporation, work that he also loved.
“What I brought into the real world was that professors don’t hold your hand and show you their way of doing things, because then you’d just copy them,” Patterson says. “They teach you the skills to be self-sufficient and understand how the gear works. Then they let you figure out how to master it.”
His professional experience ultimately led to a full-time job offer from Bose as an acoustic engineer with the company’s headphones division, starting in September 2017.
“It’s a dream job, because they create products for music lovers and musicians. And it’s also part of my goal to work in 3-D audio and virtual reality product design,” Patterson says. Bose offers “a lot of opportunity, and they offer a lot of classes to keep you learning and advancing.”
Patterson credits the SRT program for helping launch his career. He loved the program’s “family feeling.”
“It’s relatively small, and you end up relying on your classmates, and they on you. And that also helped me learn to network with people. We were all in this together.”
He has high praise for the “really active” SRT alumni association: “They reach out to you at the end of your undergrad, and it is often a huge assist to people. These are the people with real experience.”
Now, he’s one of them.