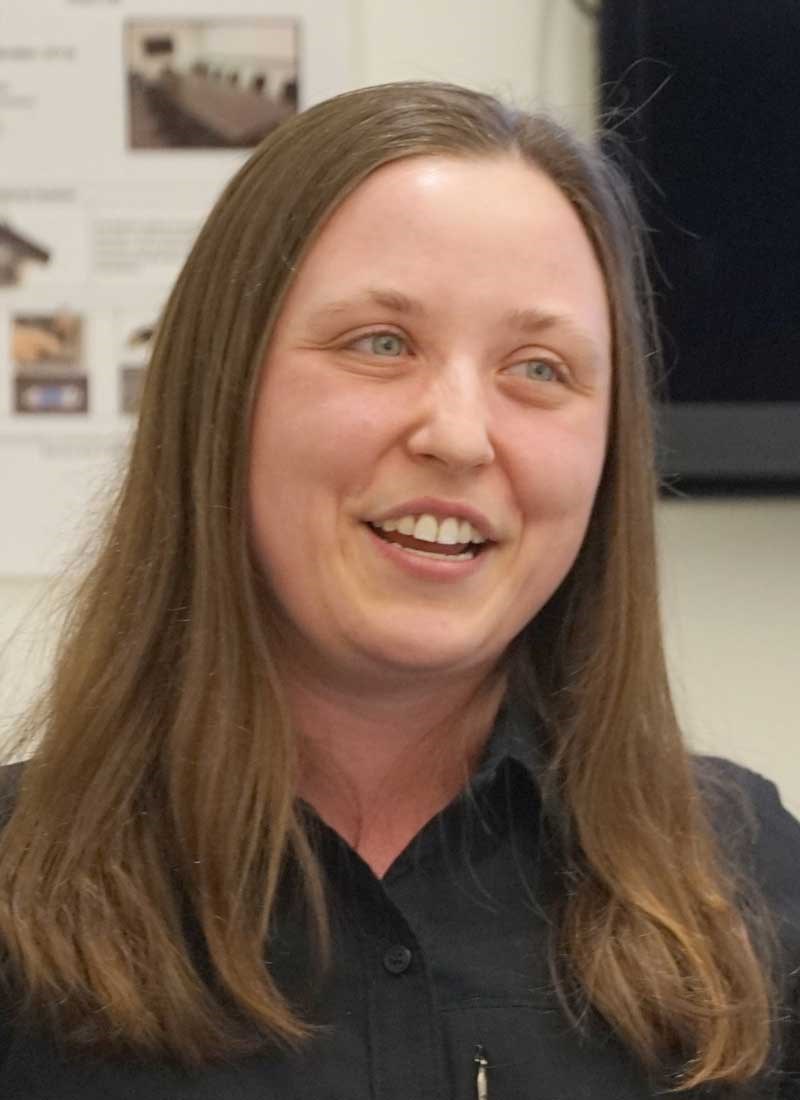 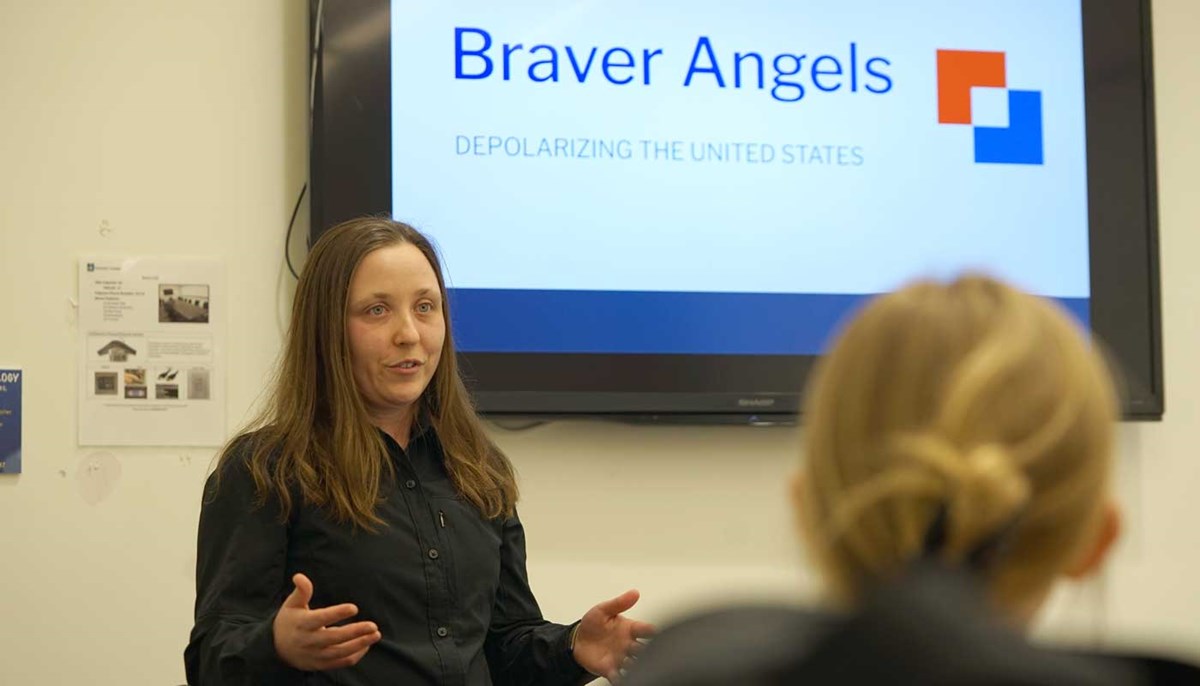 “I was trying to understand what it is that differentiates people’s viewpoints. Why are some people denying climate change, while others are so passionate about it?” she recalls.

That question has led Pedersen to Braver Angels, a bipartisan, nonprofit organization that seeks to depolarize American politics by using methodologies based in marital and family therapy. Through workshops, debates and other free events, participants with opposing political ideologies learn how to better understand each other’s viewpoints and find common ground.

“It’s not about changing other people’s views; it’s about how you can build relationships with people whom you disagree with,” says Pedersen, who began in a volunteer role for Braver Angels as Massachusetts state coordinator in 2020. She was soon hired to also work as a field technology support coordinator, helping other volunteers across the country run workshops.

“How do we live in a world where politics is around every corner now, within our families, our friends and our work?” the Burlington, Massachusetts, native says. “I thought it was brilliant that there was an organization that was applying science to solving this problem.”

After graduating from the Kennedy College of Sciences, Pedersen earned a master’s degree in communication (with a focus on health psychology and behavioral change) online from Johns Hopkins University. She also began working as outreach coordinator for the Lowell TeleMedia Center.

“Being a biology major, I’ve always been curious about life. But I’m more fascinated with systems thinking and how we organize ourselves as people,” says Pedersen, who played a role as an undergrad in getting the UMass system to divest from fossil fuel holdings. Since joining Braver Angels, Pedersen says her views have shifted and she now favors universities adopting “institutional neutrality” in hopes of more bipartisan engagement.

While Braver Angels was just getting off the ground when Pedersen was at UML (it was created in the aftermath of the 2016 presidential election), she is working to introduce the organization to current River Hawks. She led a discussion with members of the Student Society for Sustainability and hopes to set up a debate between the student chapters of the College Republicans and College Democrats.

Braver Angels, whose name is a nod to Abraham Lincoln’s reference to the “better angels of our nature” in his first inaugural address, has a college debate program and has worked with more than 40 schools, including Yale, Columbia and the University of California at Berkeley.

Pedersen sees her organization’s work as especially important on college campuses, which have traditionally been a place for the exploration of ideas but have been criticized in recent years for being too “woke.”

She was happy to see that the Office of Multicultural Affairs’ Diversity and Social Justice Glossary includes “brave space,” which differs from a “safe space” in that it incorporates “controversy with civility.”

“That is 100% what Braver Angels is about,” Pedersen says. “We can have uncomfortable moments and still come out of it with new perspectives and inner change. We can share a space and respectfully listen, and in the end potentially come to some agreements. At its heart, that’s what policymaking is.”