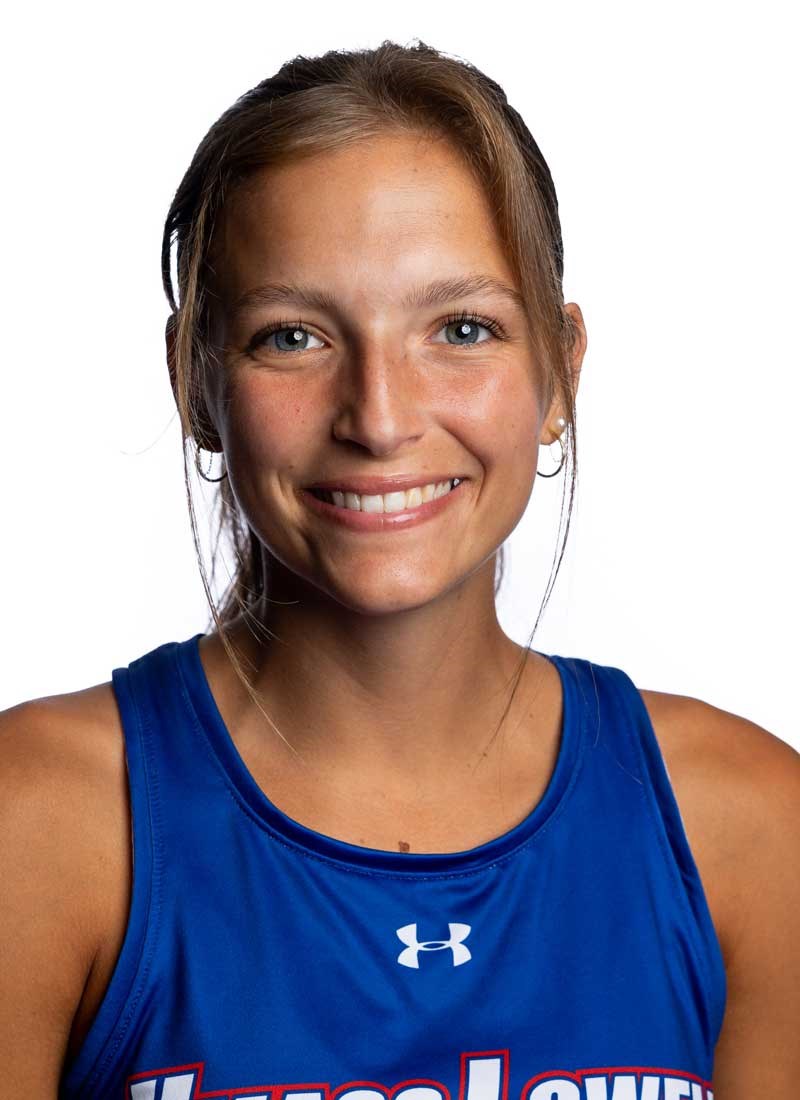 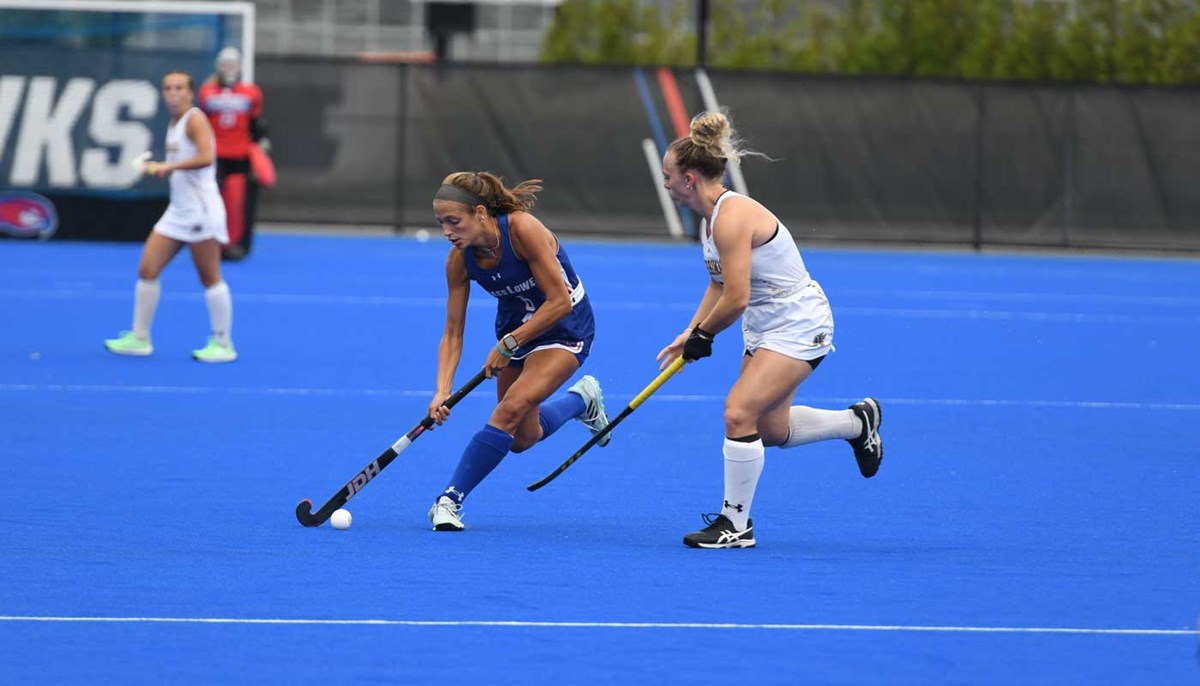 Biological sciences major Megan Salsinha wasn’t sure if she could handle the academic load of being in the Honors College while playing Division 1 field hockey.

“I initially declined to join the Honors College because I thought it’d be too much with athletics and academics,” she says.

But after talking to fellow student-athletes in the college, Salsinha decided to take the plunge during her sophomore year.

“After looking into the Honors College, I realized it would be a good fit for me,” she says.

The Westport, Massachusetts, native is now working on an honors research project that consists of creating a double-sided “cheat sheet” on behavioral change techniques, such as self-monitoring and goal-setting, that neurological physical therapists can reference while planning fitness regimens for their patients.

“I’m applying what I have learned about behavioral change techniques through my psychology minor to real clinical issues,” she says.

Salsinha will also be making an informational webpage on the topic that will be uploaded to the journal Archives of Physical Medicine and Rehabilitation.

“This hands-on project has opened up many opportunities for me to interact and interview numerous practicing physical therapists, allowing me to expand my network and get a glimpse of what it is like to work in a medical setting,” she says.

Between the honors research project and her daily coursework, Salsinha, who is considering becoming a physician or a physician assistant, feels ready to take on medical school following a gap year after graduation.

“UMass Lowell is setting me up to be successful in medical school,” she says.

When Salsinha is not busy with academics, she’s on the Wicked Blue Field, honing her field hockey skills. UML field hockey head coach Shannon LeBlanc recruited Salsinha to the team when she was a rising junior at Somerset Berkley Regional High School in Somerset, Massachusetts.

Salsinha, who began playing field hockey in eighth grade, says being a part of the UML team made the transition to college easier.

“I came in freshman year, and I already had 25 best friends,” she says. “Having those 25 girls that I could rely on automatically lifted a weight off my shoulders.”

Salsinha went on to become the co-president of the UMass Lowell Student-Athlete Advisory Committee. In this role, she serves as a representative for all UML student-athletes in the America East Conference. She also organizes activities that bring student-athletes together on campus.

“My favorite initiative is the America East Food Frenzy,” she says. “We collect canned goods and other food items that are donated to local pantries. Last year, we collected about 15,000 items.”

Salsinha also spends time as an ambassador for Morgan’s Message, a nonprofit organization that strives to eliminate the stigma surrounding student-athlete mental health. The field hockey team dedicated a game to Morgan’s Message in 2021 to help raise awareness.

“By making information about student-athlete mental health more accessible through social media and dedication games, it makes it easier for people to talk about it,” she says.