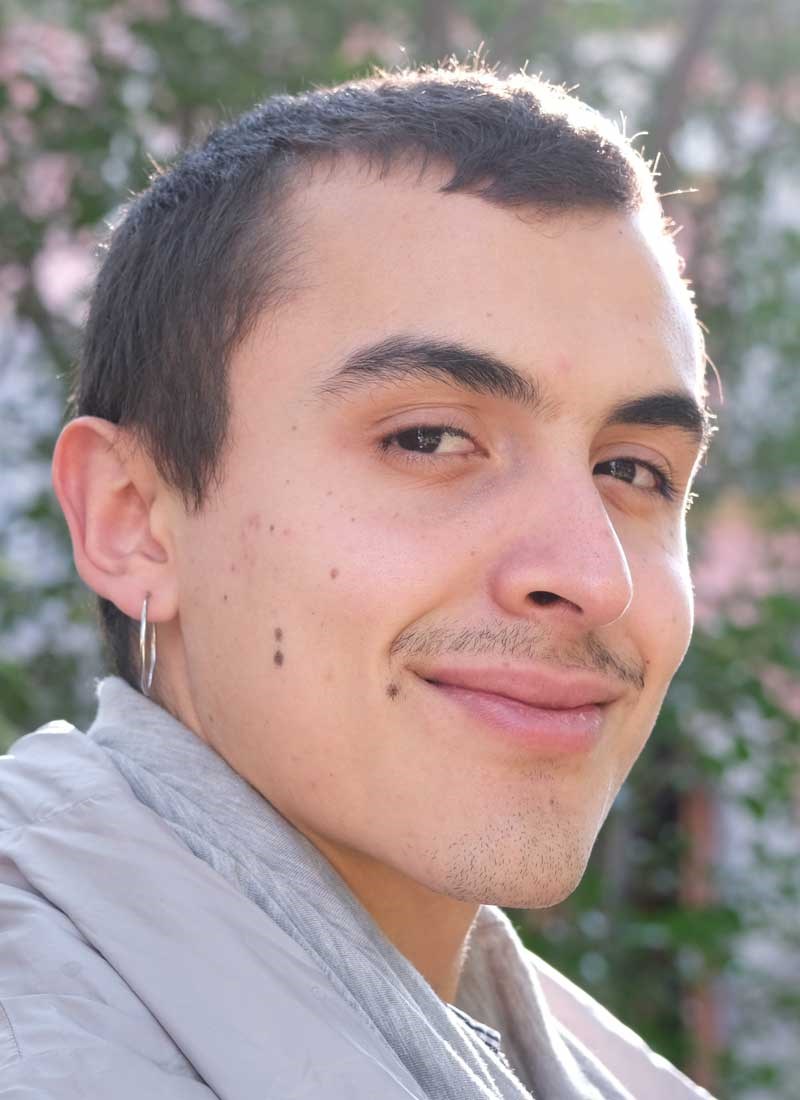 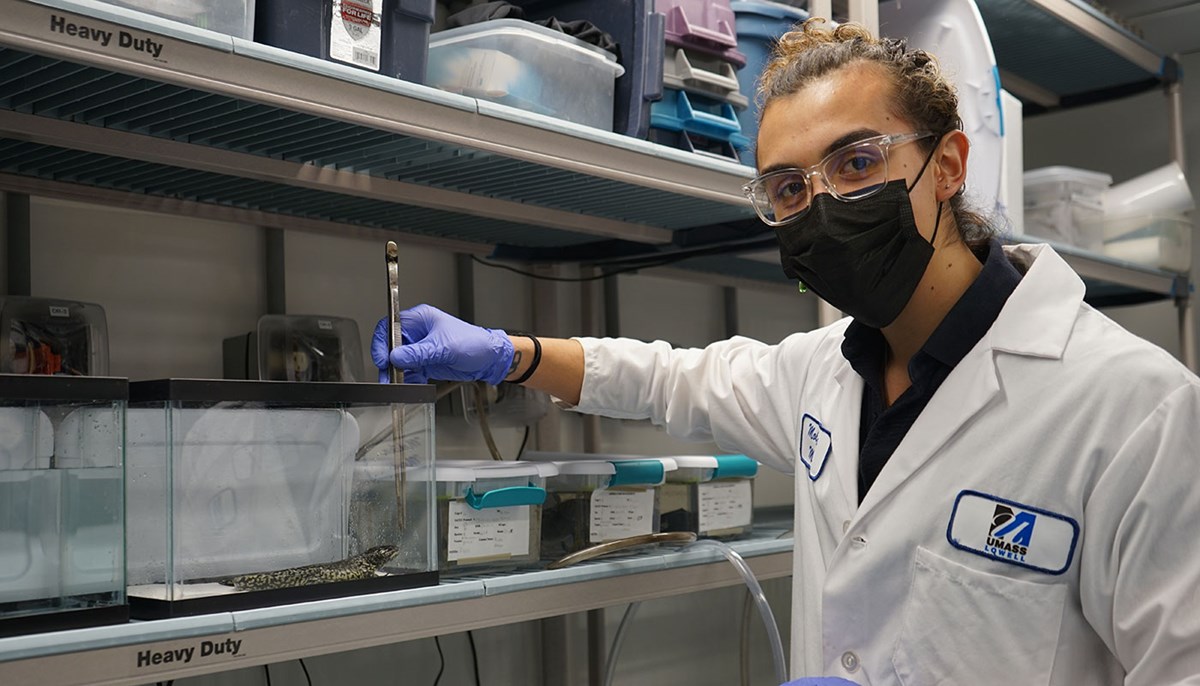 Mateo Rull Garza learned about Xolotl, the Aztec god of death and transformation, while growing up in Monterrey, Mexico.

In Aztec mythology, Xolotl transforms himself into a salamander to escape death at the hands of the wind god.

When Rull Garza arrived at UMass Lowell as a psychology major, he found a work-study job in the Biology Department. There, he met Assoc. Prof. Nicolai Konow – and discovered that he was working with axolotls (pronounced “ax-uh-lot-uhls”), the “Mexican salamanders” that the Aztecs worshipped as avatars of the god Xolotl. Rull Garza asked to work in Konow’s lab.

“If that’s not a sign, I don’t know what is,” he says, laughing. “I fell in love with the axolotls, and that’s what drew me into the research. They’re so beautiful and so fascinating, and the Aztecs really revered them.”

Axolotls are widely studied because they can regenerate any part of their body that has been damaged. Konow studies them because they also represent an evolutionary link between fish and some of the earliest land-based vertebrates. Rull Garza became fascinated with Konow’s work in evolutionary and functional biology, and he switched his major to biology.

He also joined the Honors College, continuing his research in Konow’s lab with financial support from an Honors College Student Fellowship and the Urban Massachusetts Louis Stokes Alliance for Minority Participation, a National Science Foundation program.

In the spring of his sophomore year, Rull Garza published a paper as lead author, with Konow and Jacob Solomon ’17, on the mechanisms of food processing in aquatic axolotls. It appeared in the biology journal Proceedings of the Royal Society B.

The following summer, during the COVID-19 pandemic, Rull Garza worked virtually in an animal movement research lab at the University of Chicago through The Leadership Alliance’s Summer Research-Early Identification Program. There, he analyzed X-ray videos showing the movements of the rhesus monkey’s tongue bone as it vocalizes and eats.

At UML, he has won multiple awards, including the Excellence in Undergraduate Research Award at the UML Student Research and Community Engagement Symposium in 2021 and 2022 and the Biology Department research award in 2022. And he co-authored another paper on axolotls in the Journal of Integrative and Comparative Biology.

For a spring 2020 honors seminar, The Fight for Madrid, taught by Honors Visiting Prof. Julian Zabalbeascoa, Rull Garza decided to translate a page from a book by one of his favorite Spanish authors, Antonio Muñoz Molina.

Over the next two years, Rull Garza translated all 253 pages of “All That was Solid,” a passionate political essay analyzing post-Franco Spain that was published in 2011. He and Zabalbeascoa are trying to contact the author through his publisher in hopes of revising and publishing it as an authorized translation.

After graduation, Rull Garza plans to apply to Ph.D. programs in biology. He is unsure whether he wants to pursue animal movement research or applied ecology, but he has a summer job that will help him decide. He will work as a field biologist at UMass Amherst, examining pests that infest pear and apple orchards.