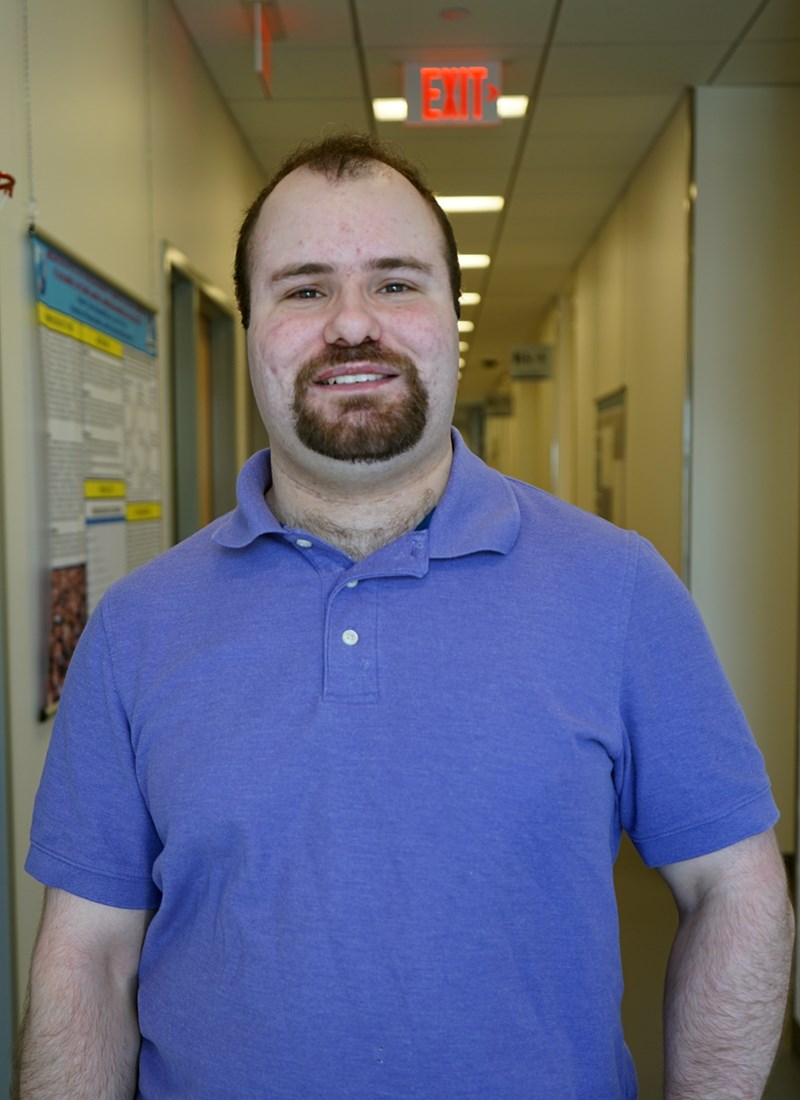 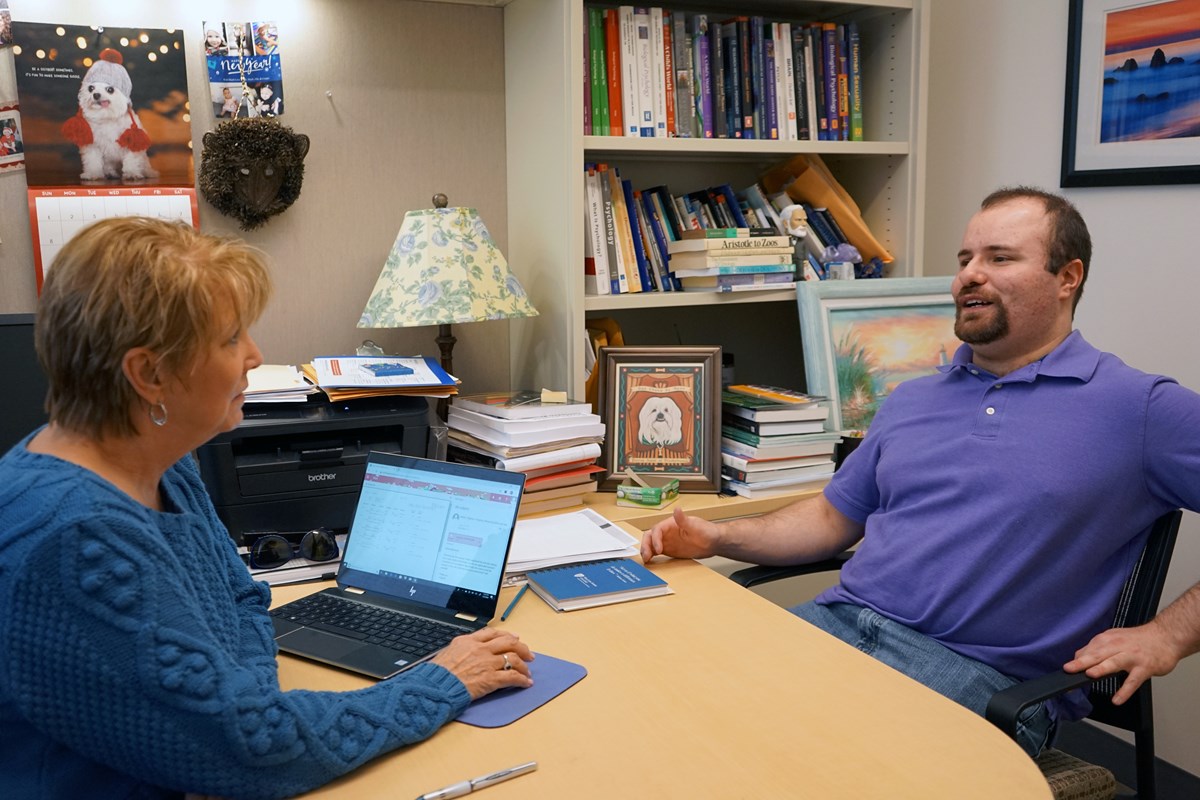 Due to a learning disability, Jared Socolow struggled in elementary and middle school.

That struggle affected his self-esteem in what could have been a vicious cycle. But he got support from his family and his teachers, and ultimately he did well in high school, taking dual-enrollment classes at North Shore Community College and then earning an associate degree there before transferring to UML.

“I’ve always had a fascination with confidence, self-esteem and anxiety and how they affect each other,” he says.

Socolow, who is an honors psychology major in the health psychology concentration, decided to turn that fascination into a research question: Which psychological traits and conditions help with persistence in problem-solving, and which interfere with it?

Working with Assoc. Teaching Prof. Mary Duell, he designed an online survey to measure how differing levels of anxiety and self-esteem affect someone’s willingness to persist when faced with both unsolvable and solvable problems. Students in UML introductory psychology classes were invited to participate, and 246 completed the survey.

The results became his honors capstone, and the paper he wrote with Duell was accepted for presentation at the annual conference of the Association for Psychological Science.

“The most significant result was a big ‘learned helplessness’ effect,” he says. “Participants who got unsolvable problems first did terribly on the solvable problems afterward, regardless of whether they had high or low self-esteem and anxiety.”

Socolow says that the opportunity to work on research with Duell has been a highlight of his UMass Lowell career. Another is participation in the Honors College, where he has taken as many interdisciplinary honors seminars as he could, including Art and the Nazis.

“My family has Holocaust connections – we’re Eastern European Jews – and my grandmother was an artist her whole life, with some of her art inspired by the Holocaust, so the course was very interesting for me,” he says.

He also took honors seminars in public speaking, medieval art, and comics and the graphic novel. In addition, he was very involved with Delta Alpha Pi, an honors society for students with disabilities.

Now he’s challenging himself in a different way – by taking basic science classes – as he prepares to apply to graduate schools. In the meantime, he’s working with Duell to expand his persistence research. He’s also volunteering at an equine therapy farm and at Lahey Clinic.

“I like to get out of my comfort zone and challenge myself,” he says. “I’ve grown to enjoy and value it.”