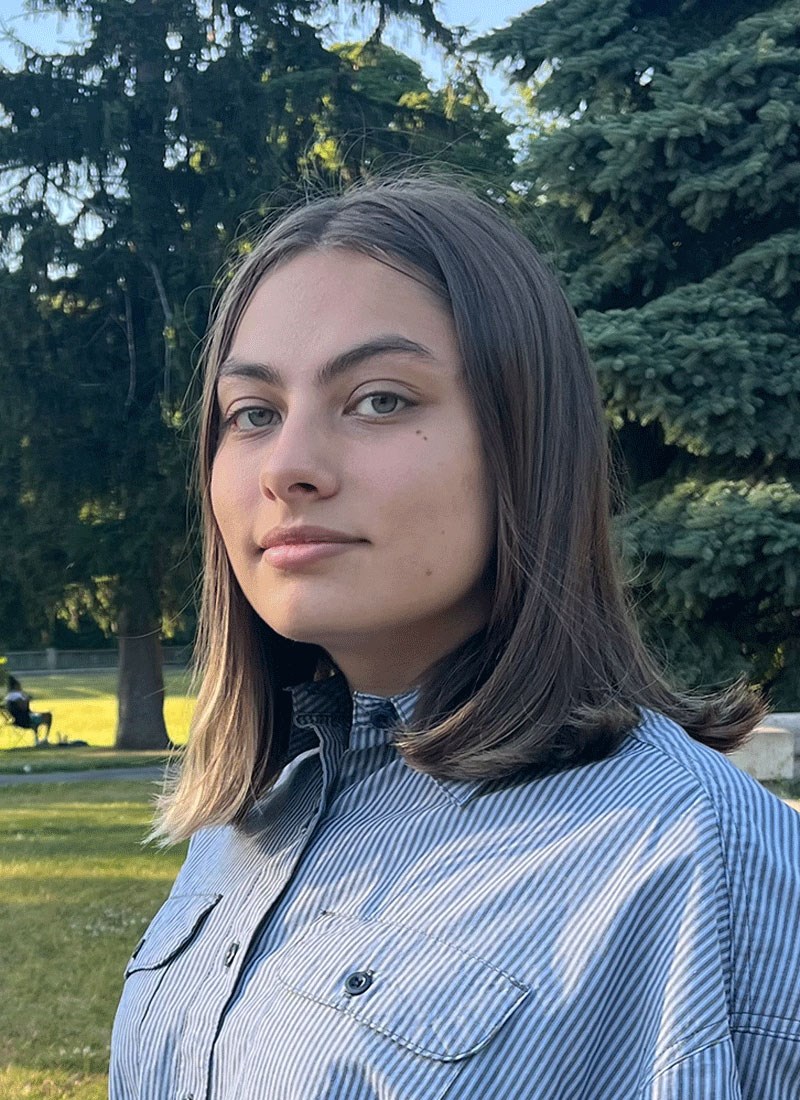 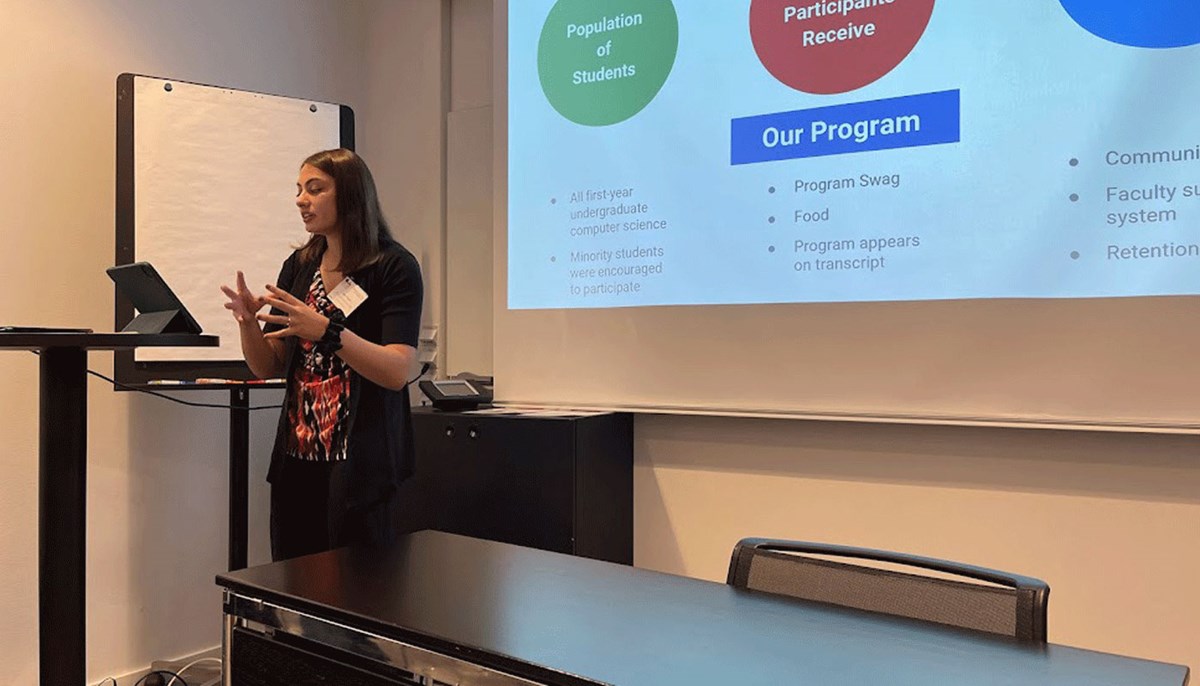 She is slated to earn her bachelor’s degree after 2 1/2 years, and she’s already working a dream job related to her computer science major.

Dones scored an internship with Liberty Mutual’s offensive security team in the summer before her final semester at UMass Lowell. After four months, the insurance company offered Dones a position as a cybersecurity engineer.

Within her role at Liberty Mutual, Dones is given the opportunity to speak at conferences about cybersecurity. She feels confident doing this after gaining recent exposure at the Frontiers in Education Conference in Uppsala, Sweden, which she attended with other students and Fred Martin, a computer science professor and Kennedy College of Sciences associate dean for teaching, learning and undergraduate studies.

Dones presented at the academic conference about SoarCS, UMass Lowell’s summer bridge program for incoming first-year computer science students. She participated in SoarCS during the summer of 2020, one year after the program launched at UML.

“SoarCS eased me into college, and I got comfortable with the computer science program,” she says. “The classes I took made sense to me, and I had a support system set up from SoarCS.”

The following summer, Dones returned to SoarCS as a peer leader. Through the Immersive Scholars program, she also joined Martin’s lab, the Engaging Computing Group.

In the lab, she got involved in a project that looked at how students benefited from SoarCS. They discovered that students who participated in the program had a higher retention rate within UMass Lowell and the Department of Computer Science than students who got invited to the program but did not participate.

Dones helped write a research paper about her team’s findings, which ultimately got accepted to the Frontiers in Education Conference. The paper will be published in the IEEE Xplore digital library.

“Formulating a real research project, doing original research and submitting it to a real conference and getting accepted, it was crazy,” she says. “I’m 21 and going to be a published author.”

Dones interest in computer science evolved from watching her father work in cybersecurity.

“Growing up, I would see him working on the computer, and I always thought, ‘That’s what I want to do,’” she says.

As a child, Dones often attended baseball games at Edward A. LeLacheur Park, which is located on UMass Lowell’s East Campus.

“I have a vivid memory of my dad pointing toward the university and saying, ‘You know what? You’re probably going to go there someday,’” she says.

Those words stuck with Dones, and as she grew older, she realized UMass Lowell came with two major perks – it was close to home, and it has a great computer science program.

“When I was applying to colleges, even though I applied elsewhere, UMass Lowell was always where I wanted to attend,” she says.