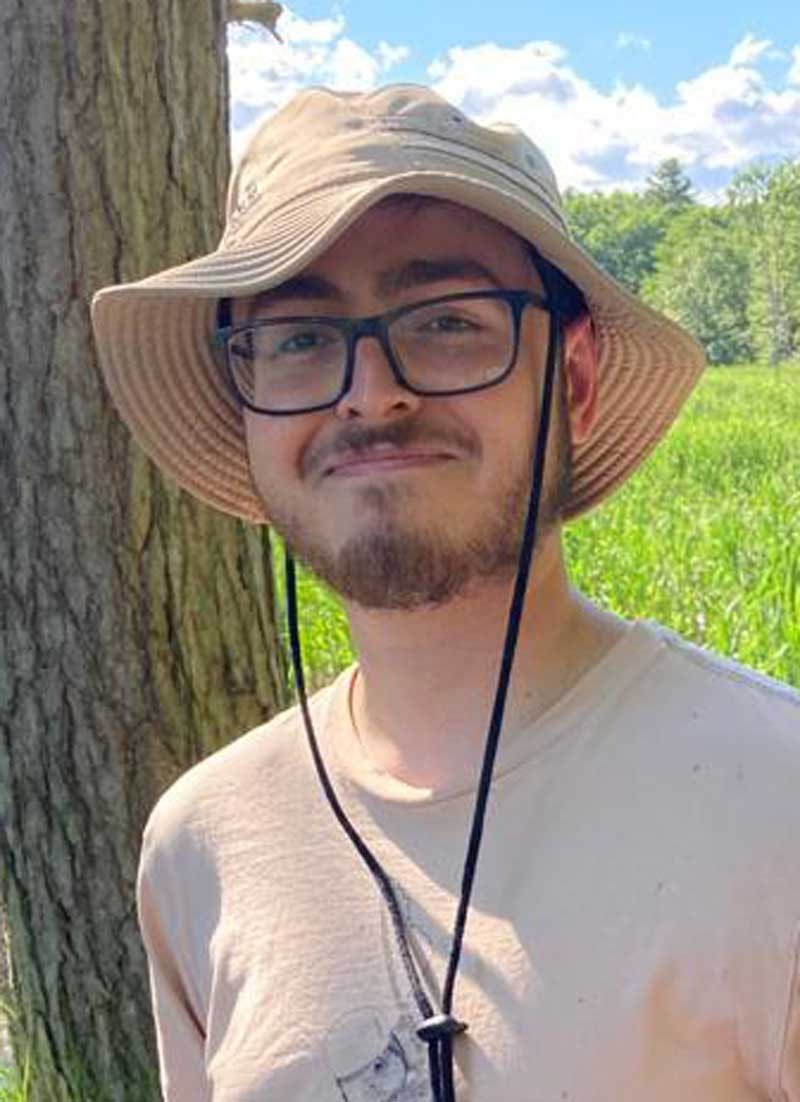 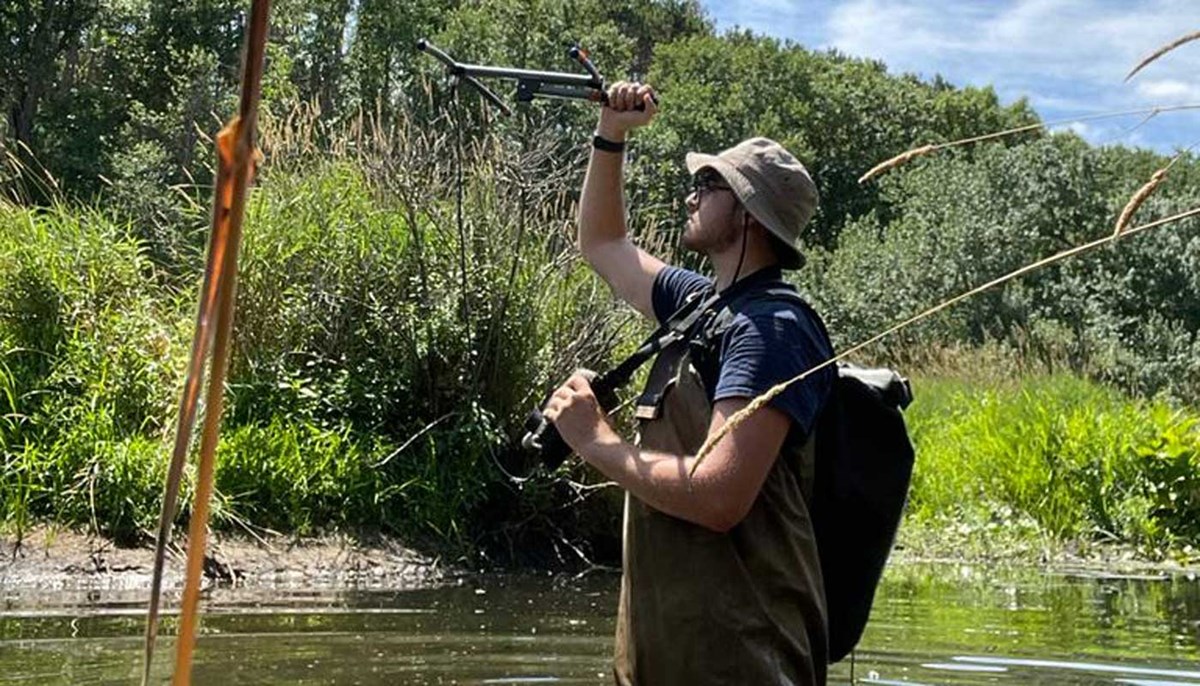 Gabriel Muniz spent the summer wading through Fort Pond Brook in Acton, Massachusetts, with an antenna in his hand.

The biological sciences major was on the lookout for 10 endangered wood turtles that emitted radio signals from transmitters fixed to their shells. The turtles had been born in captivity at Zoo New England and hand-fed for a year before being released into the wild.

“I needed to see if they were surviving or if any predators had gotten to them,” says Muniz, who affectionately named each of the turtles. Their names included Sandy, because they like sand; Stomper, because they stomp the ground to catch worms; and Glyptemys, because their scientific name is Glyptemys insculpta.

This wildlife conservation experience was made possible thanks to the Kennedy College of Sciences’ Science Scholars program, which awarded Muniz a stipend for his work. In addition to providing valuable information about the wood turtles to Zoo New England, Muniz is conducting his own research on the success of reintroducing wood turtles into Acton.

“Zoo New England is using me as they would an intern, while I benefit from having access to their data on turtle populations for my own research,” he says.

“She went out with me to the brook to see how I was doing, so I showed her how I check on the well-being of the turtles,” says Muniz, who finds the turtles on a weekly basis.

Hamilton has served as a mentor for Muniz since he transferred to UMass Lowell from Middlesex Community College in Bedford, Massachusetts, at the start of his junior year.

“I took an Evolution, Ecology and Conservation course with Prof. Hamilton during my first semester at UMass Lowell, and then the semester following that, I had free time while she taught the same course, so I sat in on the class because it’s so good,” he says.

Muniz, who focuses his studies on the Department of Biological Sciences’ Ecology, Evolution and Organismal Biology option, went on to take Hamilton’s Field Techniques in Ecology course over the summer, where he gained field research experience throughout New England over six weeks.

The highlight of the course for Muniz was examining marine life in Cobscook Bay in Edmunds Township, Maine, as the tides changed. Muniz and eight other UML students camped at a field station by the bay as they collected data for group projects.

“Being in a research setting, it’s like you’re in school 24/7 and you don’t have anything else to worry about,” he says. “It’s just you and your project.”

Muniz grew up in Brazil fascinated by animals and plans to make a career out of wildlife conservation.

“My whole childhood was very animal-centric,” says Muniz, who now lives in Acton with his parents. “I really like animals and I want to help them, so that’s what I’m going to do.”