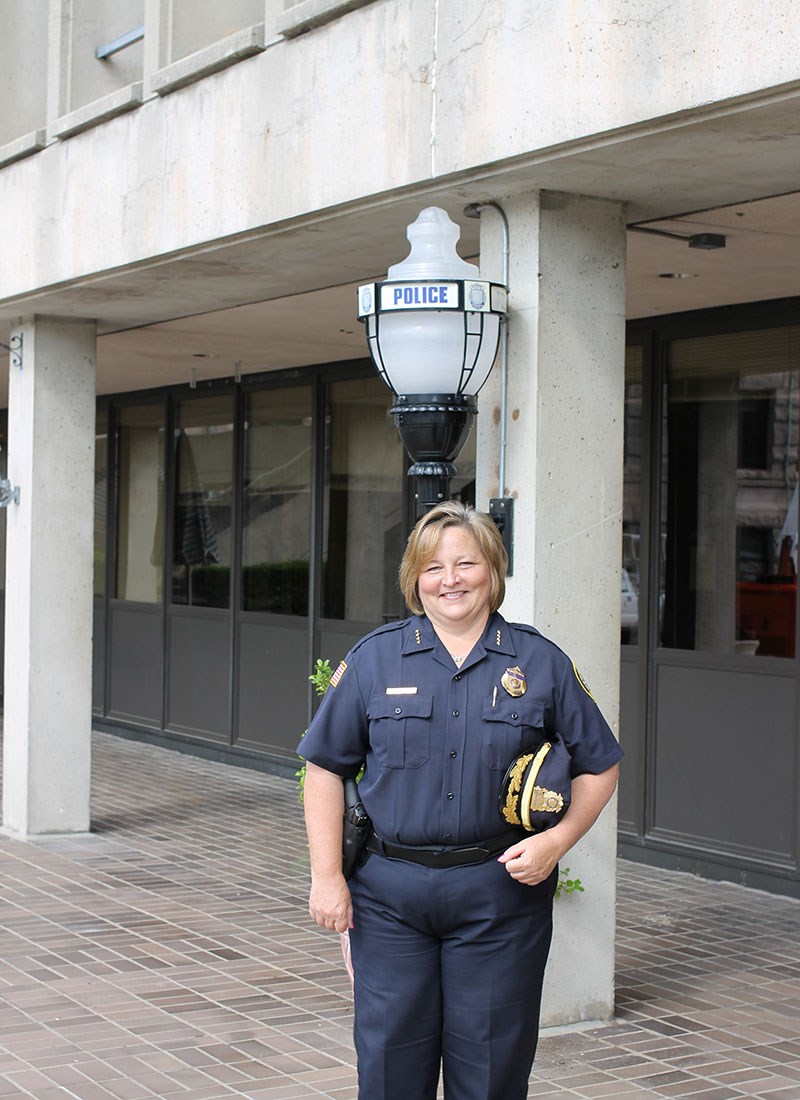 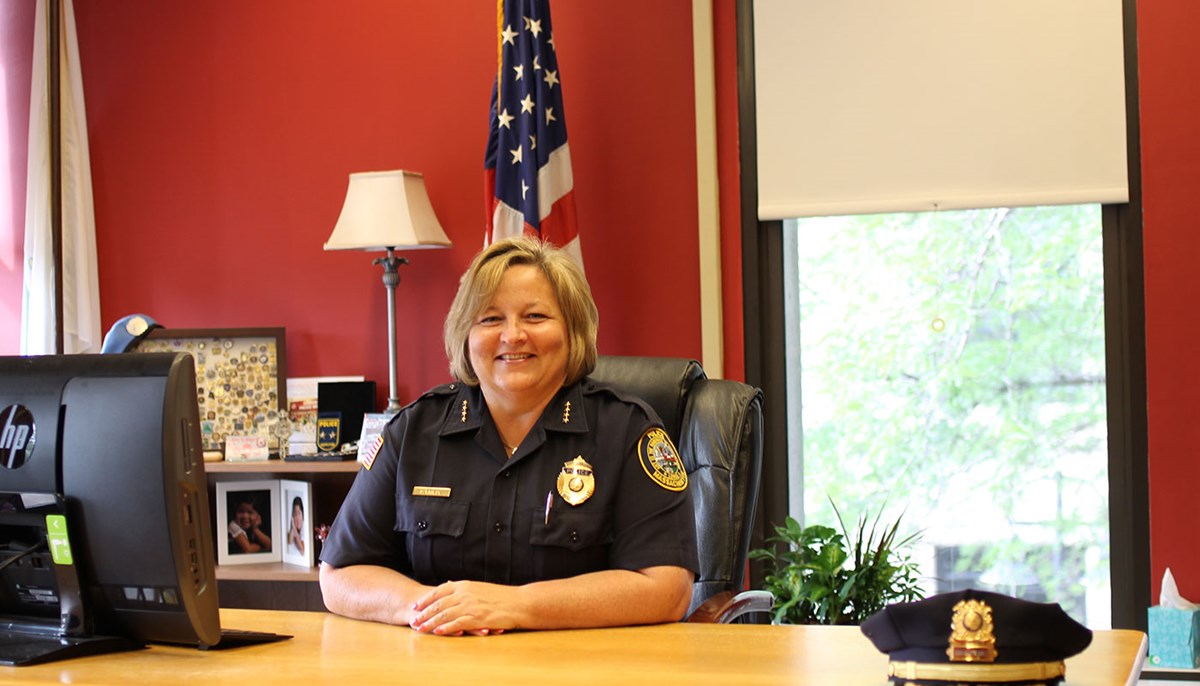 But when she graduated from Lowell High School and enrolled at UMass Lowell, she didn’t have a clear idea what kind of career she wanted.

She began as a psychology major and then tacked on a second major — in the newly formed criminal justice program — and found her place.

“Criminal justice was a great fit for me. I loved the classes, the professors, everything,” Friedl says. “And I received encouragement in college to explore a policing career.”

Her mother was less enthusiastic about her only daughter’s career choice. There wasn't a lot of time to get used to the idea, though, since Friedl sailed through the civil service exam on her first try, just months after graduation. She and 11 other new Lowell recruits, including three women, joined the force.

As she rose through the ranks, Friedl became an expert in domestic violence cases, combining her police training and her psychology background.

“Nobody calls the cops on their best day,” she says. “Police are called to help people at their most vulnerable. Mental illness, substance abuse, missing persons, issues with the elderly and immigrants are often at play.”

She says she was trained to be “ready for violence, but prepared for ways to calm the situation if at all possible, using empathy, patience and intelligence.”

By 2009, she had become deputy superintendent of support services, overseeing everything in the department, from the detective bureau to budgeting, except for the patrol and traffic officers.

In 2013, City Manager Bernie Lynch ’78 named Friedl interim superintendent of the Lowell Police Department, making her the first and so far only woman to hold the post. Friedl was perched atop a 232-person force for 10 months, before returning to the deputy superintendent role.

Friedl cites the value of creating relationships with female officers through organizations like the International Association of Women Police (IAWP), which she joined in 1990. Ten years later, she became a member of the board, serving as a regional coordinator, executive director and vice president before being elected to a three-year term as president in August 2018. She was recently awarded a second term.

She retired from the force in early 2019. Now, she’s working as a consultant and focusing her efforts as IAWP president on increasing diversity in policing. She says that while current discussions around racial diversity are important and long overdue, the conversation also needs to include gender diversity.

“There’s plenty of research and data that show all of the benefits that women bring to policing. Women bring a lot of value to building trust with communities,” she says.

Yet only 13% of U.S. police are women, a proportion that hasn’t increased in years, due to uneven and outdated civil service rules and other recruitment and retention issues, she says. That percentage could fall even further, because many women hired during a period of significant growth several decades ago are now retiring, she says.

“When you’re talking about reforming policing, it’s so important to have women police officers inform that conversation and have a seat at the table,” Friedl says.