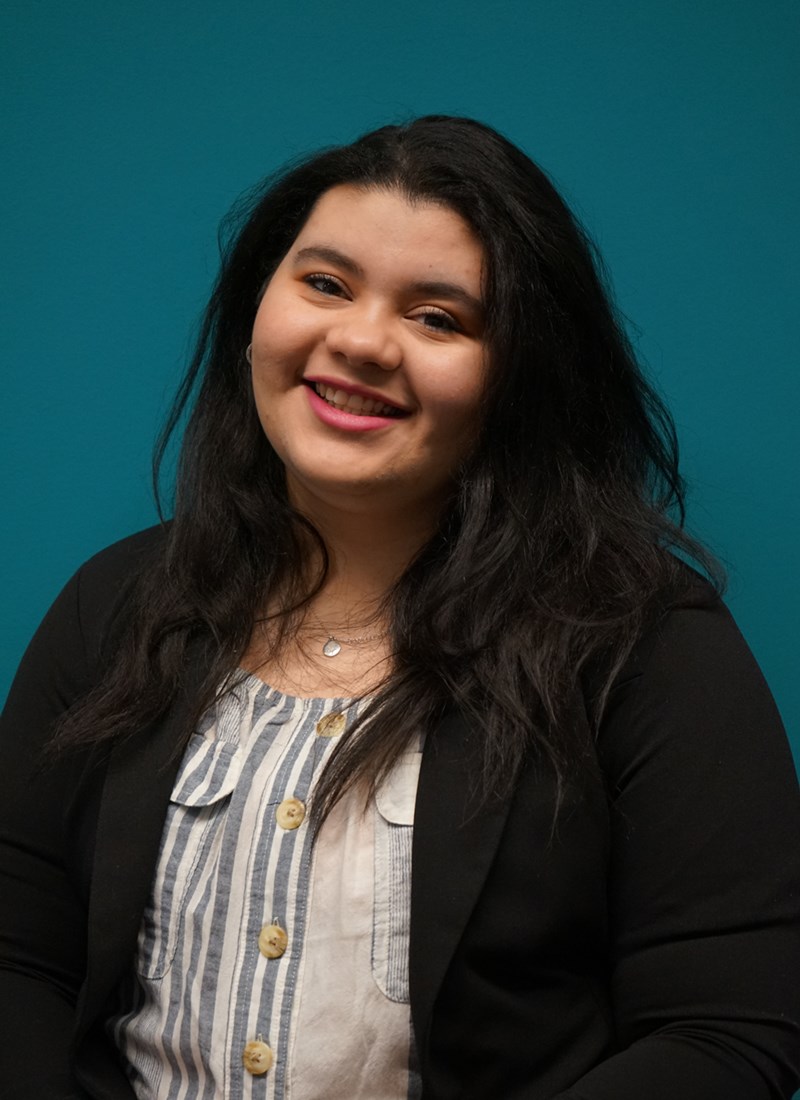 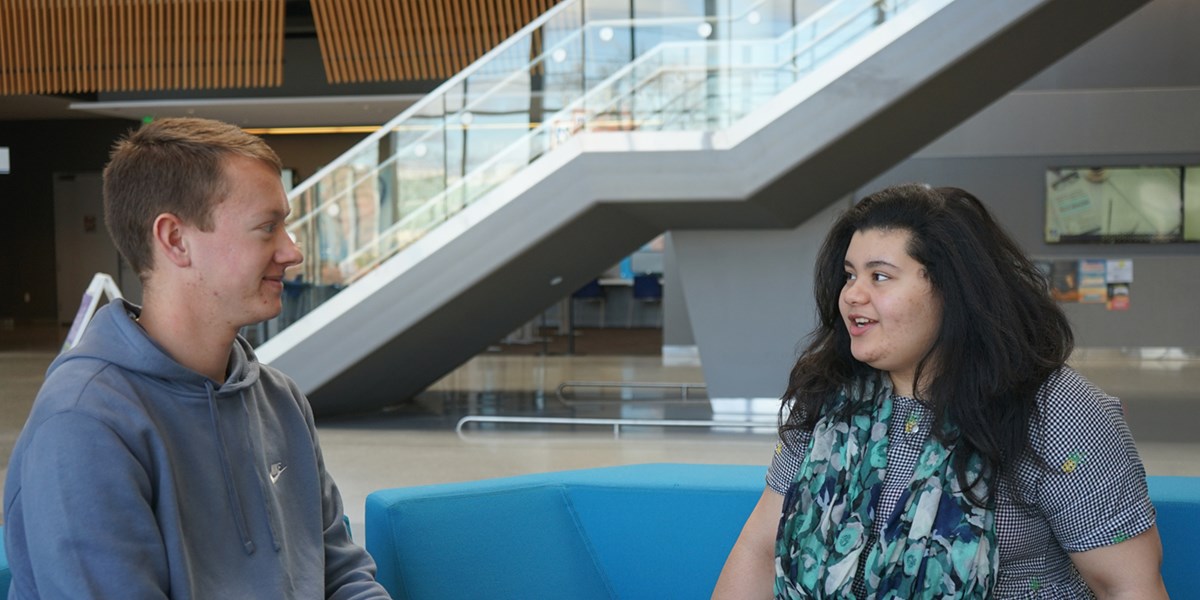 Business major Carla Gonzalez Hidalgo has her work cut out for her. She takes care of her mom while juggling an internship and a full-time course load.

Yet she still finds time to volunteer for nonprofits so that she can advocate for college students who struggle with homelessness and food insecurity.

That’s because she’s been there.

The only child of a single mother, Gonzalez Hidalgo grew up in Puerto Rico. After her junior year of high school, the two of them came to visit a relative in Lawrence – and decided to stay so Gonzalez Hidalgo could take advantage of better educational opportunities. Her mom returned to the U.S. territory just long enough to pack a suitcase of clothes for each of them.

But shortly after the move, her mom – who had previously survived breast cancer – was diagnosed with four new tumors, including one in her lymph nodes that affected her right arm. Gonzalez Hidalgo became her family’s sole support at age 18.

“I started school, and she started chemo. She’s still under treatment,” Gonzalez Hidalgo says. “I was studying full time, working three part-time jobs, participating in student government, cooking and cleaning at home and taking my mom to medical appointments to translate and advocate for her.”

They couch-surfed and rented rooms while Gonzalez Hidalgo completed her senior year at Lawrence High School and then started on an associate of business science degree at Northern Essex Community College – on both campuses, in Lawrence and Haverhill. She took a city bus to school each day and then shuttle buses between campuses.

“That was the worst period, because she was so sick that I had it all on my plate. I don’t know how I did it,” she says now.

Gonzalez Hidalgo, a natural go-getter, worked hard and found help. She was able to get campus jobs, first at NECC’s bookstore and then as an orientation leader and a student programming assistant for student engagement.

She benefited from the Greater Boston Food Bank’s “mobile market,” which came to NECC once a month to distribute fresh fruits and vegetables. And, after two stressful years of not knowing where they were going to sleep from one week to the next, Gonzalez Hidalgo and her mother moved into subsidized housing.

In December 2017, with her mom slowly improving, Gonzalez Hidalgo graduated from NECC and transferred to UMass Lowell, where she’s pursuing concentrations in international business and marketing.

“I love business because it’s so diverse – there are so many things you can do with it,” she says.

Now, instead of working three jobs, she’s found a paid internship in the athletics and recreation office at Middlesex Community College in Bedford, where she promotes club sports and other student activities using social media.

Gonzalez Hidalgo still cares for her mom, who can’t use her right arm. And she’s also giving back by volunteering with the student chapter of MassPIRG on campus, trying to make textbooks more affordable and educating policymakers about hunger and homelessness among college students. She also speaks and lobbies on behalf of the Greater Boston Food Bank.

When she graduates, she wants to work for a nonprofit. But probably not in health care.