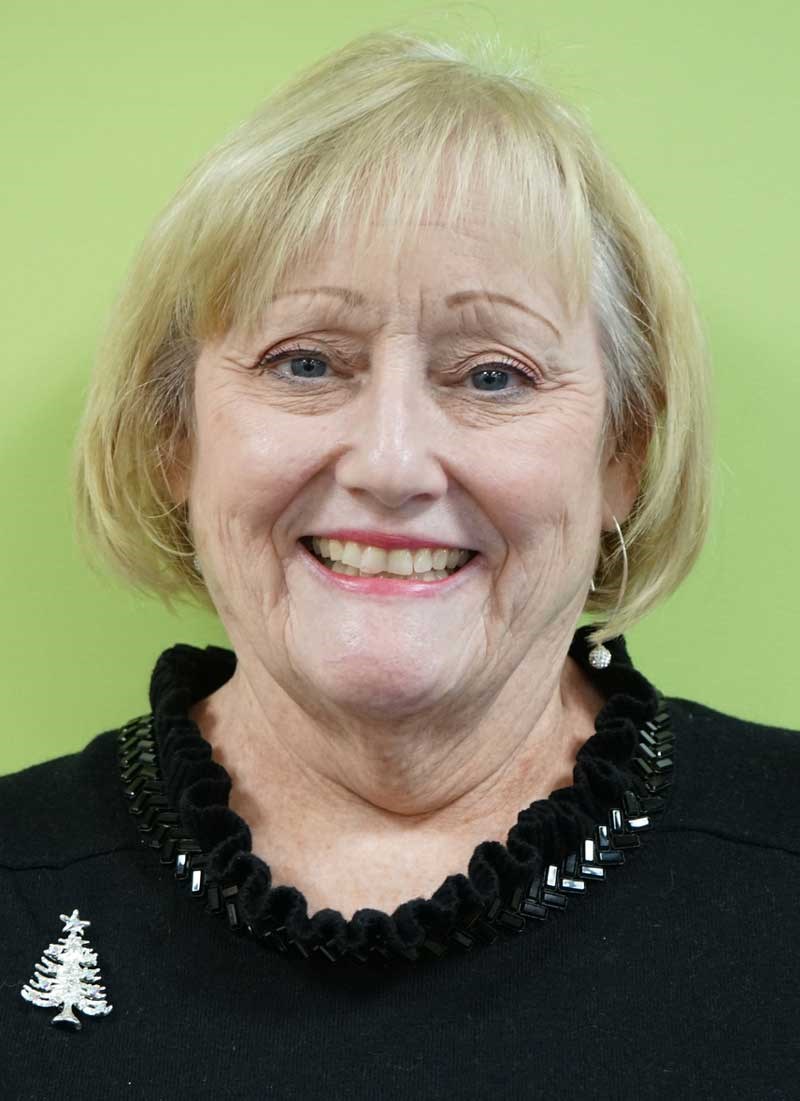 Director of the Honors College 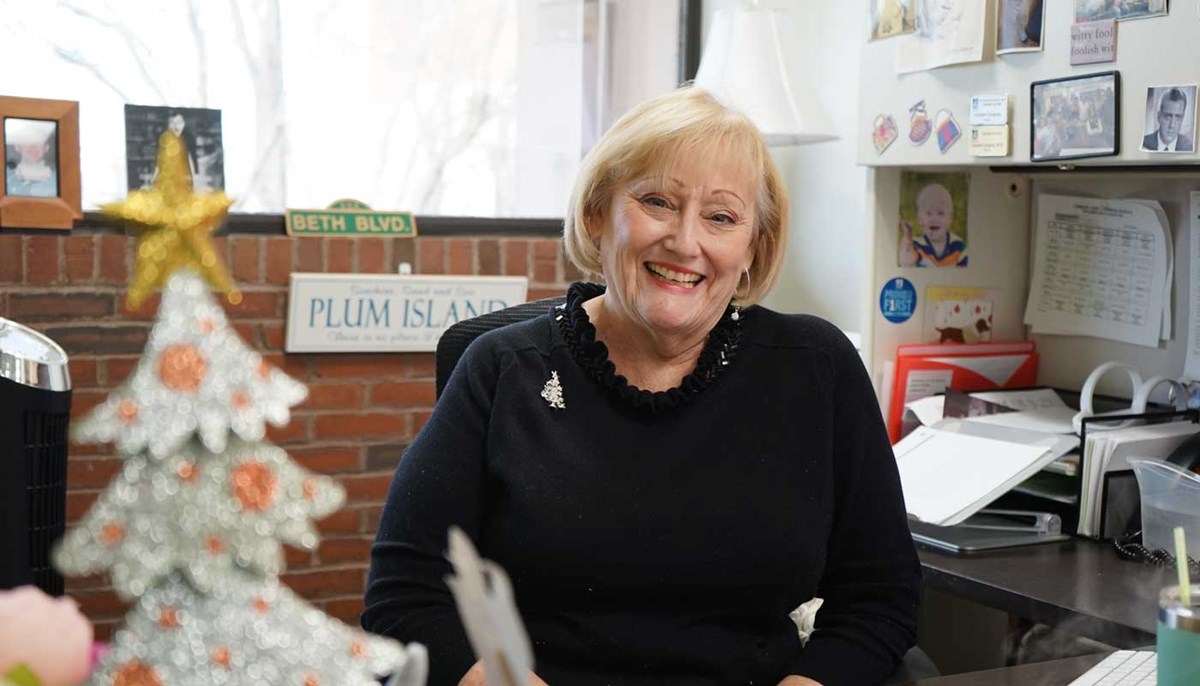 Beth Donaghey ’82, ’92 graduated from UMass Lowell as an English major in 1982 – when all the “Help Wanted” ads were seeking computer science grads.

Her dad had been the university golf coach before he died at the start of her sophomore year. After that, her mom found a job in the Dean of Students office. So when her mom said, “Why don’t you work at the university for a year while you look around?” Donaghey thought, “A year? I can do that.”

Four decades later, she’s retiring as director of the Honors College – and will immediately return part-time to advise honors students. She feels a strong bond with the university, which is close to the home where she grew up and still lives in Lowell’s Upper Highlands neighborhood.

She hasn’t ventured far from her roots, but the world has come to her through UMass Lowell’s transformation into a sizable research university that draws students from around the globe.

“My world is pretty small, but the students made it big,” she says. “We have the best students. They’ve changed a lot over 40 years and so has the university, but in all the important ways, the students are the same: They’re hard-working, appreciative and very kind.”

Donaghey sees much of herself in them, which is why advising feels like a good fit.

“I was a typical student here – I come from a working-class family, I worked my way through with work-study, and I worked summers for Admissions, too,” she says. “So I understand the students coming in.”

Her first job after graduation was secretary for the Psychology Department.

She advanced quickly, getting a grant-funded position as an administrative aide for the Lowell Model for Educational Excellence (later the Center for Field Services and Studies), a School of Education effort to improve the city’s K-12 schools that was initiated by then-Dean Virginia Biggy and directed by Don Pierson, who later became education dean and then interim provost.

Donaghey went from there to Admissions, taking the job formerly held by Jacquie Moloney, now university chancellor. Later, she briefly worked under Moloney in Continuing Education.

Donaghey also went back to school herself, earning a Master’s in Educational Administration, Planning and Policy. (She later completed all the coursework for a Doctor of Education degree, but never did a dissertation because she was busy caring for her mother, whose health was declining.)

Next, Donaghey was appointed head of the university’s brand-new Disability Services office, which opened shortly after the Americans with Disabilities Act (ADA) became law in 1990.

“The ADA was new, my brother had Down syndrome and my mother and I were on the city’s human rights commission for what is now the Department of Developmental Services, so the dean of students thought I’d be a good fit,” she says.

She later worked in the Registrar’s Office before moving over to the Honors Program, where she took a position as the administrative coordinator and then director.

She’s been with Honors ever since, helping the program grow into a full-fledged Honors College and providing steady leadership through the tenures of four directors or deans and the current interim dean, Political Science Assoc. Prof. Jenifer Whitten-Woodring.

While Donaghey plans to watch more “Perry Mason” reruns in retirement, perhaps take a few continuing education classes and volunteer helping people with Down syndrome, she looks forward to staying connected with students as a part-time advisor.

“I have loved working here. I love the university and I love Lowell,” she says. “I’ve made lifelong friends here. The university is a second home – and the students are grand.”