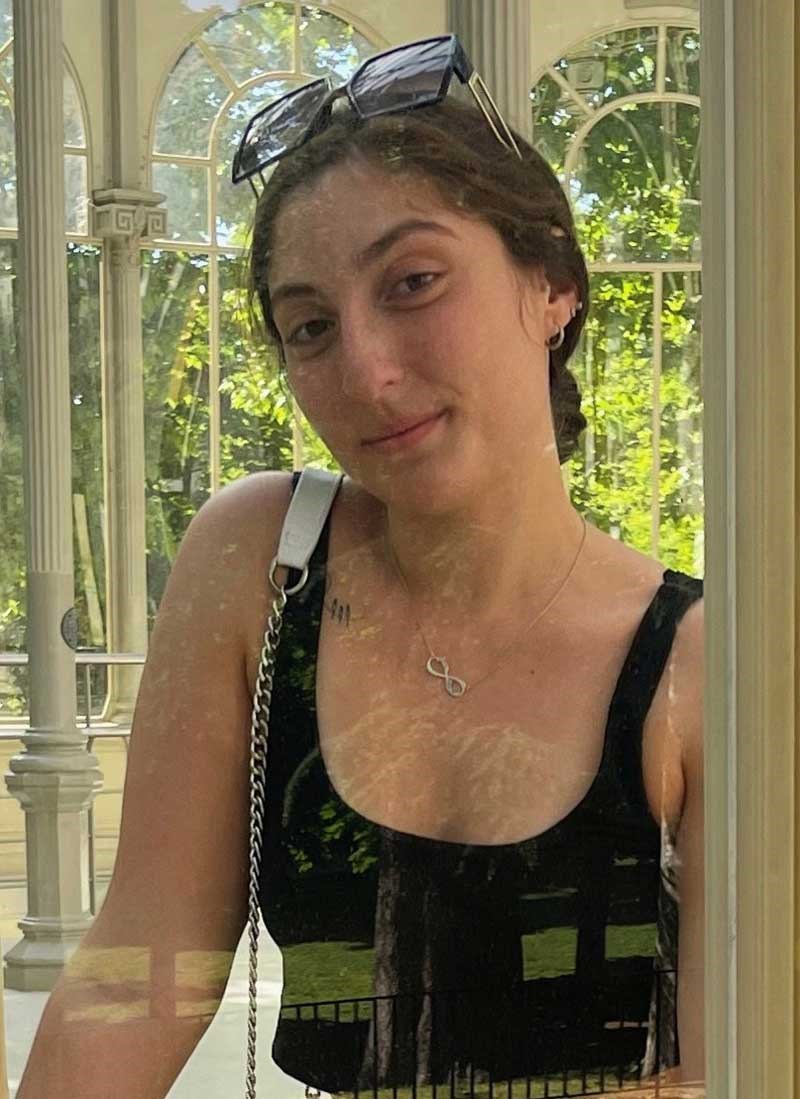 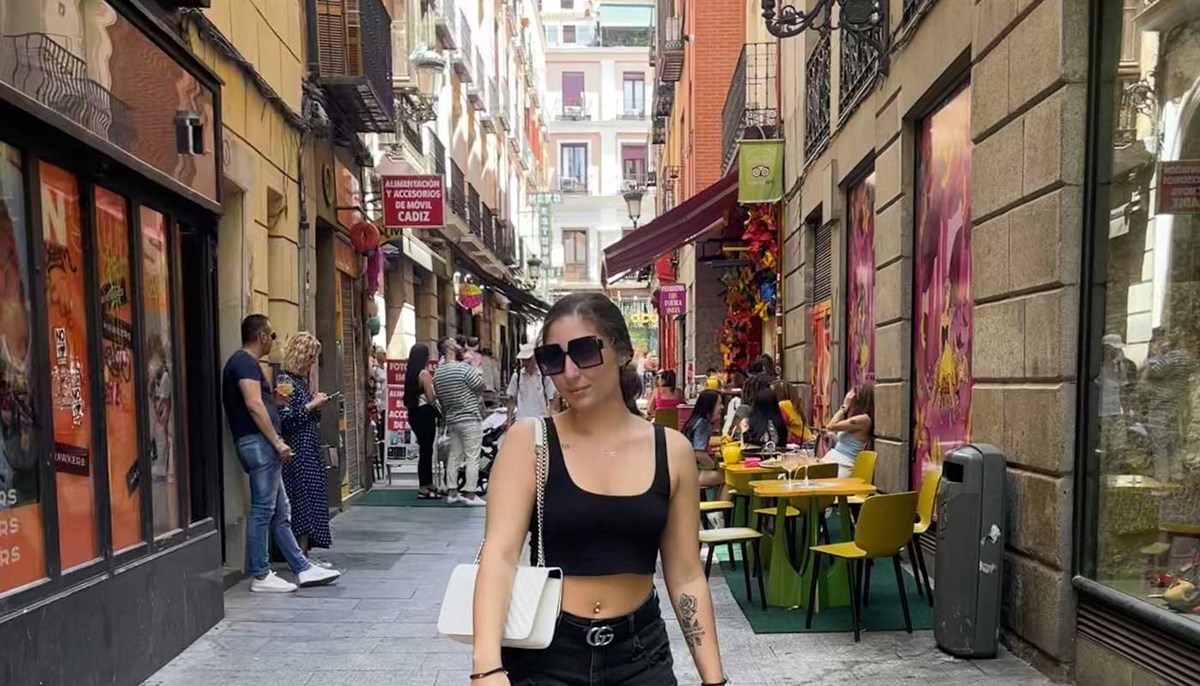 Honors math major Stephanie Guglielmo plans to become an actuary. But first she’s determined to learn Spanish and study abroad in as many places as she can.

After only one year of college, she’s on the verge of earning a River Hawk Experience Distinction (RHED) in global engagement. To get the RHED certification on her diploma, she must complete two courses from an approved list and two global experiences.

Hers will revolve around learning Spanish and studying the history of Spain, primarily through Honors College study abroad programs and an honors interdisciplinary seminar, all taught by Honors Visiting Prof. Julian Zabalbeascoa. She will also take Spanish language and culture classes, with the goal of completing a minor in Spanish.

“I’ve been to countries where I’ve been immersed in the language, so there’s no reason I shouldn’t learn the language,” she says. “All these opportunities are presented to me, and I’m going to take them.”

Guglielmo grew up in Peabody, Massachusetts. Her mother is Brazilian, so she speaks fluent Portuguese. Her father is Italian, and she also can understand and speak some Italian.

Her love of travel grew out of her family’s annual trips to Brazil and various vacation destinations, including Canada, Aruba and the Dominican Republic.

“I realized that every island has a beach, but I wanted to see the culture and the people – I wanted to go to museums and eat the food,” she says of the Caribbean vacations.

Guglielmo came to UMass Lowell with the goal of majoring in math and pursuing a master’s degree in statistics and probability through the bachelor’s-to-master’s program. She took Advanced Placement statistics in high school and “fell in love with the way that numbers are being applied to the real world to explain different things.”

As a first-year college student, Guglielmo took two global experience courses during the spring semester. “Basque in the Glory” examines the history and culture of the Basque region that straddles the Spanish-French border. For her final paper, Guglielmo researched Pablo Picasso’s famous painting, “Guernica,” which conveyed the horrors of the Nazi bombing of the Basque town during the Spanish Civil War.

The other, an Honors study abroad course, “Exploring Madrid Past and Present,” combined four on-campus seminars about the city and the Spanish Civil War with 10 days in Madrid.

The highlight for Guglielmo was getting to see “Guernica” in person at Museo Nacional Centro de Arte Reina Sofía, which brought together what she’d learned in both classes.

“I stood there for 20 to 30 minutes just staring, admiring it,” she says. “You could see the texture of the painting; you could see how ginormous it was. In person, you can see eraser marks of three different heads on that one bull that Picasso drew, until he got it how he wanted it.”

She organized some of her fellow students to go to a flamenco class and went with others to a bullfight, even though she’s opposed to “animal torture.” But while immersing herself in the cheers and excitement of the Spanish crowd, she was infected by their enthusiasm.

Over the summer, Guglielmo will use a $4,000 Immersive Scholarship to study abroad for three weeks, again with Zabalbeascoa, in San Sebastian, Spain, the premier city of the Basque country. She plans to slow down enough this time to enjoy the food and the morning Spanish lessons. And she’s traveling in Italy with her mom for two weeks beforehand.

Although she will be done with her RHED requirements after she takes her first Spanish language and culture class in the fall, Guglielmo is already talking to Fern McKinnon, director of international experiences, about studying abroad for a semester someplace with a good course in differential equations, so she can stay on track with her major.

“I want to go to a country I’ve never been to before to learn about a new culture,” she says. “I don’t like visiting a place more than once. I just want to see as many places as I can.”