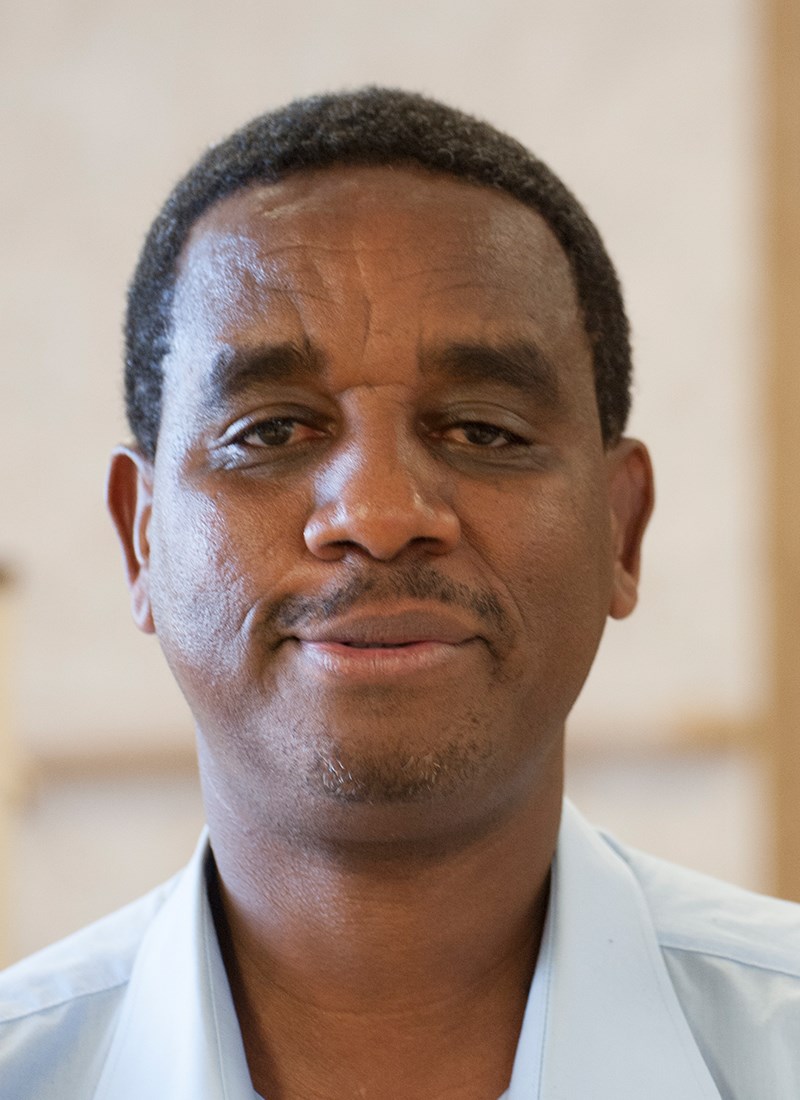 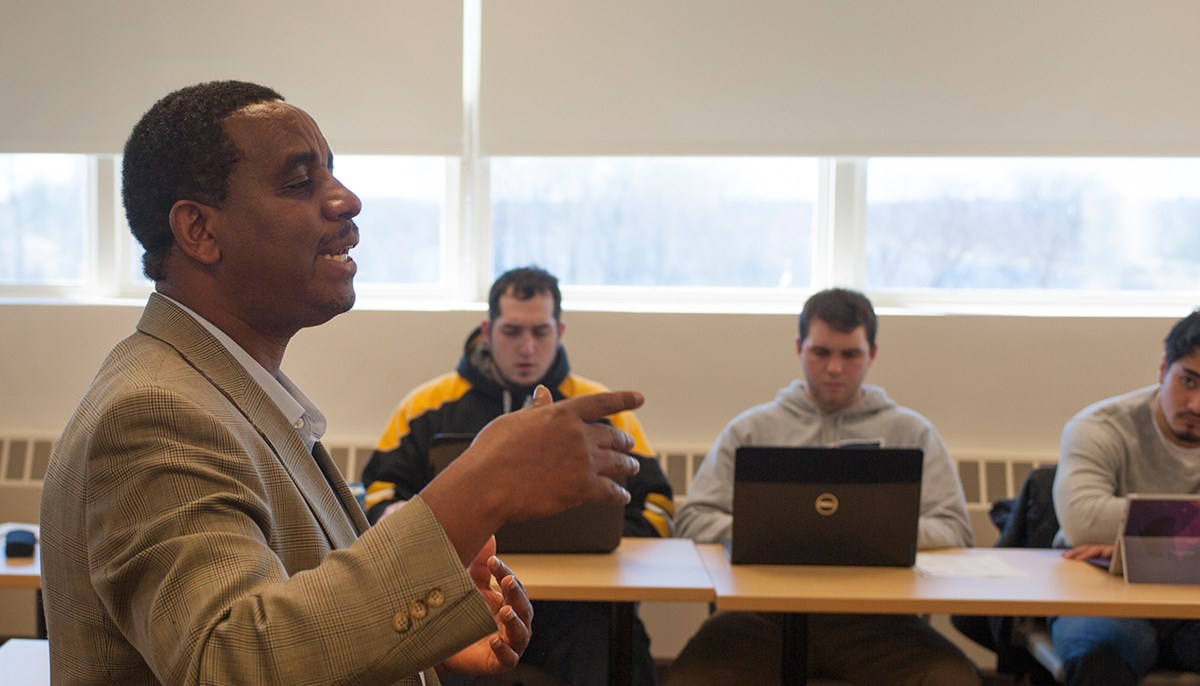 A survivor of the horrors of the 1994 genocide in Rwanda, he worked as a human rights activist until he was forced into exile in 2004. He landed at Harvard University, which sheltered him for a year under the Scholars at Risk program, an international network of institutions that provides sanctuary to professors, researchers, writers and other intellectuals who face persecution in their home countries.

After earning a Ph.D. from Tufts University and teaching at Smith College and the University of Dar es Salaam in Tanzania, he joined the Political Science Department last fall as a visiting assistant professor. He teaches courses on international relations, political economy and human rights and has also introduced a class on African politics. He says that from his very first phone interview, he felt at home at UMass Lowell – even though he didn’t know anyone here.

“I had the feeling my interviewers were part of a family where I was meant to belong,” he says. “I can't imagine a place where my expertise is more needed, challenged and appreciated.”

Twagiramungu’s work upsets the common notion that most African conflicts are intertribal disputes or religious and civil wars. He says nearly every war in modern times has had an international component, whether transnational corporate greed for Africa’s abundant resources or the proxy politics of the world’s major powers, including the United States, the former U.S.S.R., Cuba and the former colonial powers of Europe.

“Africa is a battlefield of complex wars—true international conflicts that are too often mislabeled civil wars,” he says. “It’s very easy to say, ‘Africa is corrupt, Africa is underdeveloped.’ It’s not because it’s Africa: It’s because of those global dynamics and transnational issues we tend to ignore or overlook.”

He is working on a database of cross-border conflicts in Africa and co-authoring a book called “Liberators in Power” that looks at how different African countries have evolved politically since achieving independence. He also continues to serve as an expert on Rwanda and its post-genocide transition from a government of national unity into a repressive military regime – a history entwined intimately with his own.

Twagiramungu was two months shy of graduating from the National University of Rwanda when Hutu extremists began the bloodbath that decimated the Tutsi population, along with opposition political activists and human rights workers. More than 800,000 people were killed in just 100 days before the Tutsi-led Rwandan Patriotic Front, a rebel group, swept into power, ending the genocide but setting off a spate of revenge killings.

Of nearly 7,000 university students on campus before the genocide, only a few hundred returned when the university reopened a year later, Twagiramungu says: The rest had been killed or fled the country.

Shortly after the new government was formed, Twagiramungu and a few friends decided to document the genocide and revenge killings. He spent the next decade working with international organizations including the United Nations mission to Rwanda, investigating the mass detentions of people accused of genocide and the international tribunal and domestic gacaca system set up to try them, editing two human rights newspapers and leading a human rights organization that worked in Rwanda, Congo and Burundi.

The post-genocide government in Rwanda “started in hope” as a government of national unity that included Tutsi genocide survivors and Hutus “with clean hands,” he says. But they were squeezed out as it devolved into a military dictatorship under former Rwandan Patriotic Front General and current President of Rwanda Paul Kagame.

Twagiramungu is also a research fellow at the World Peace Foundation at Tufts.