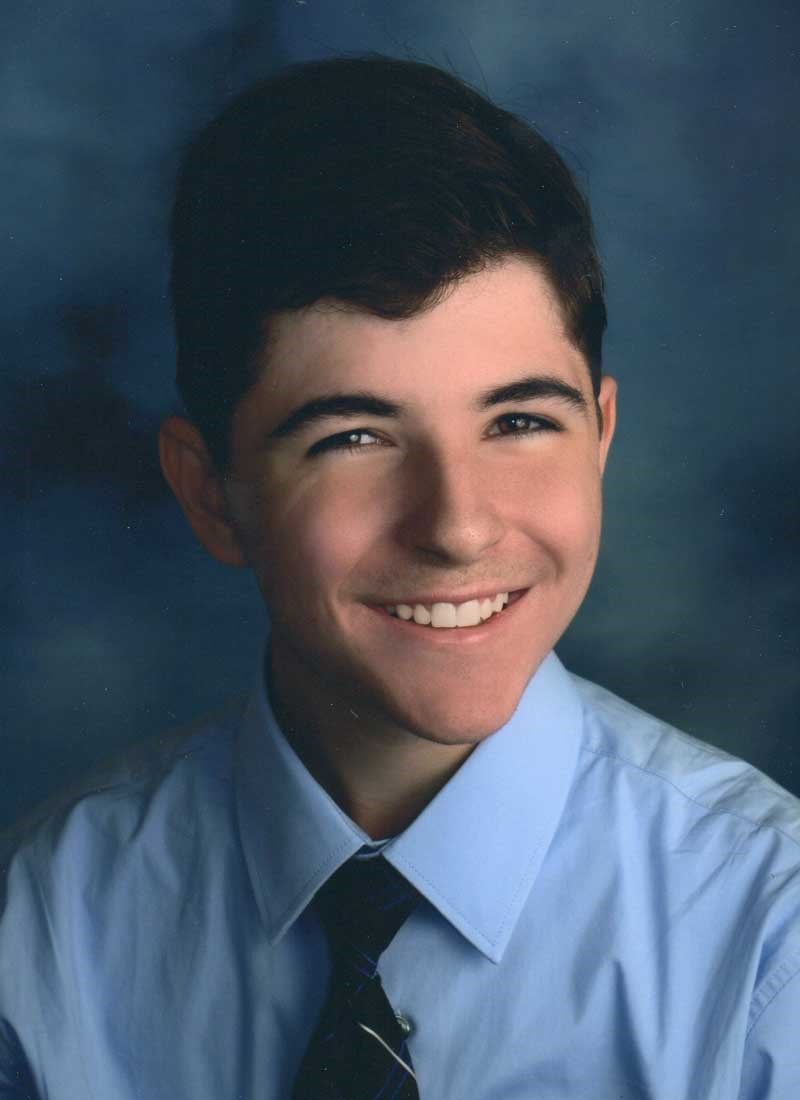 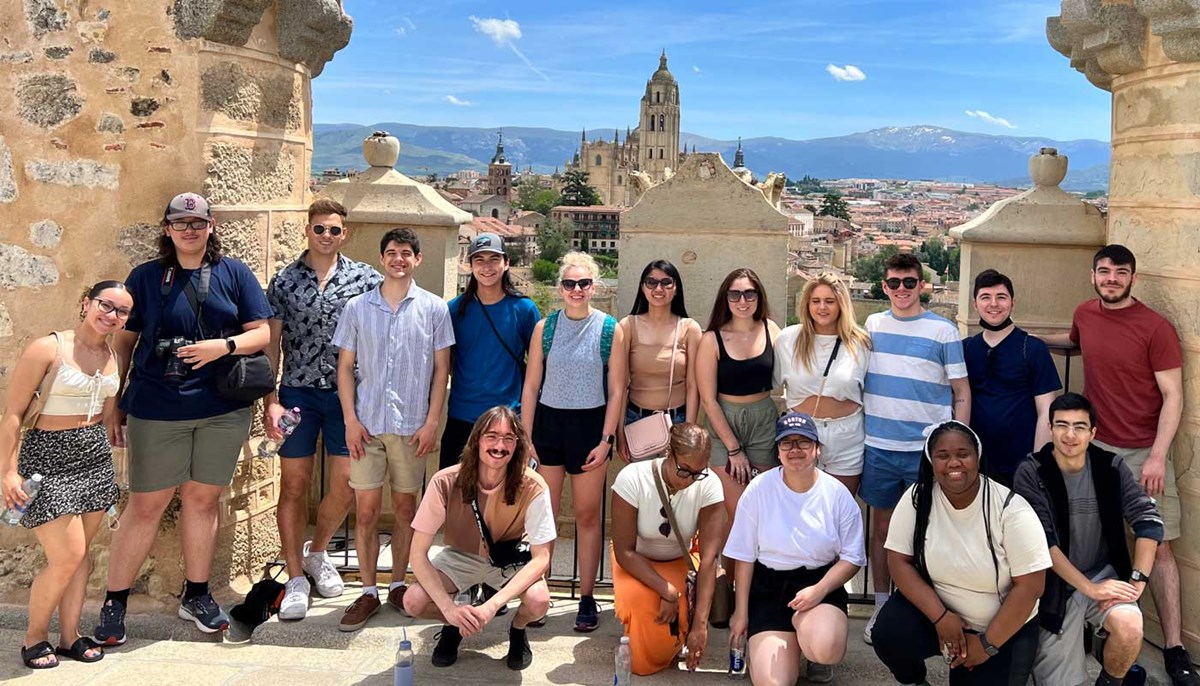 Honors business major Nick Trunfio, who loves history, knew as a first-year student that he wanted to study abroad.

But because of the COVID-19 pandemic, he didn’t get a chance to go overseas until spring semester of his junior year.

He chose an Honors College study abroad course, Madrid Past and Present, that focuses on how the Spanish Civil War and other events shaped Spain and its capital city. The course is taught by Honors Visiting Prof. Julian Zabalbeascoa, whom Trunfio also had for the First-Year Seminar in Honors, a writing class in which students explore Lowell.

“I’ve always loved history and political science,” Trunfio says. “One of my hopes is to be a history teacher later on in life.”

The Madrid class, which included four three-hour seminars on campus and 10 days in Spain, gave him an opportunity to practice the Spanish he had studied in middle and high school and fulfilled an honors requirement, he says.

Best of all, he returned brimming with historical knowledge gleaned from the official tour guides, readings suggested by Zabalbeascoa, and his own research and exploration during his free time.

Trunfio says he was shocked that there were so few monuments in Madrid to memorialize the Spanish Civil War. Former dictator Francisco Franco, who led the Nationalist forces, refused to honor the Republican dead – and after Franco’s death, a democratic government ordered all monuments to Franco removed, he says.

That lack of memorials made an excursion to the Valley of the Fallen – established by Franco to honor the Nationalist dead, but where many Republicans also lie buried in mass graves – especially poignant, Trunfio says.

“There could be 30,000 or more people buried where you’re standing,” he says. “It’s a very eerie atmosphere.”

Trunfio, who recently declared a minor in history, wrote a paper for the course about similarities between the dismantling of monuments to Franco and the removal of Confederate monuments in the U.S.

He says he was also moved by the connection between Madrid’s history and what he learned during the First-Year Seminar in Honors about Lowell’s Cambodian immigrants, who fled the Khmer Rouge during and after that country’s civil war in the late 1970s. Millions of people died in Cambodia’s “killing fields,” and many are still unaccounted for, he says.

“We found out that Spain has the second-largest number of disappeared people in the world, after Cambodia,” he says.

As a senior, Trunfio will be studying yet another bloody internal conflict, the American Civil War, and taking a class on the history of Native Americans in New England taught by Prof. Christoph Strobel.

He is contemplating doing his honors thesis on connections among the civil wars – or a topic connected to his own life.

Among his ancestors, Trunfio counts William Bradford, one of the earliest governors of the Plymouth Colony, which had a mutual aid pact with one group of indigenous Wampanoags against others. Trunfio also has a Dutch ancestor who first immigrated to Staten Island and, when he could not persuade the other settlers to live peaceably alongside the indigenous people there, moved to what is now New Jersey.