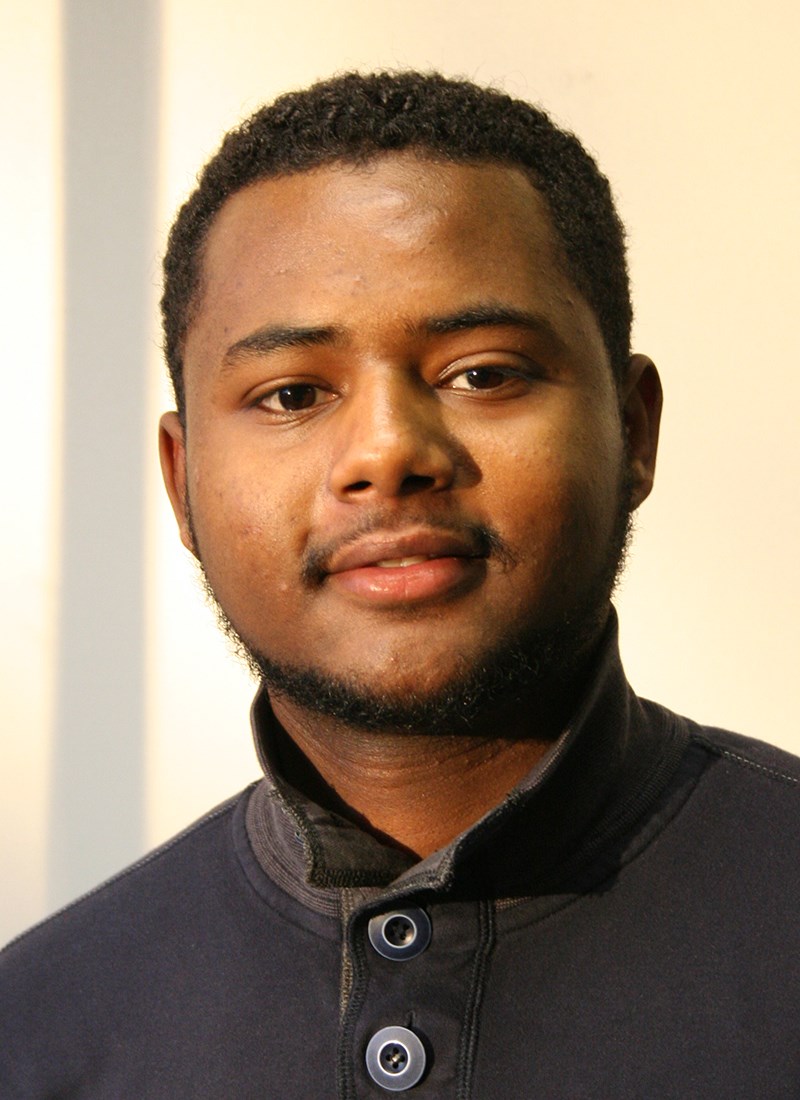 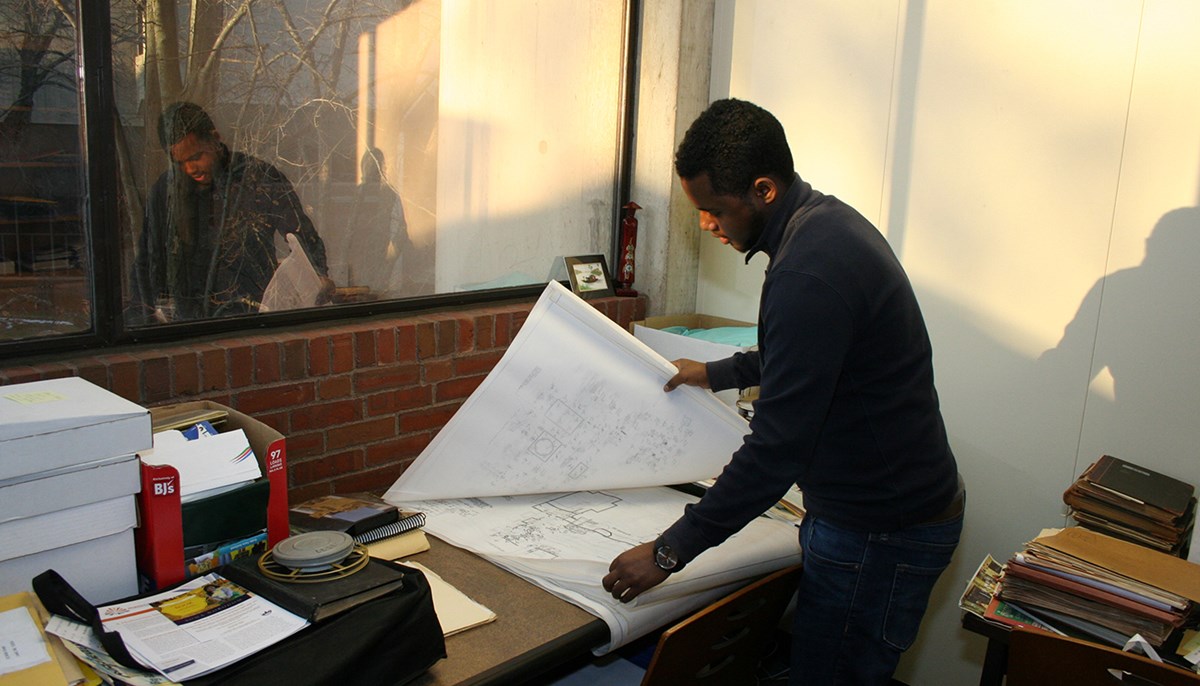 Working in the quiet seclusion of the Special Collections room on the third floor of O’Leary Library, electrical engineering major Mickyas Yihdego carefully pulls the blueprints from the cardboard tube and unrolls them on a desk. One at a time he arranges the plans on the floor under a digital camera fixed 4 feet above. Yihdego calibrates the camera settings on a laptop before capturing the digital images.

Yihdego, a junior originally from Ethiopia, repeats the process over and over again — for 10 work-study hours each week — with the fading blueprints of buildings and houses from across the city of Lowell. His work is for the Lowell Housing Authority Blueprints Project, which provided a $2,000 grant to the UMass Lowell Libraries to digitize hundreds of architectural drawings in its archives.

“I enjoy the project,” says Yihdego, who has learned about the bones of well-known Lowell structures such as the Holy Trinity Greek Orthodox Church and the North Common Village through the work. “I appreciate the importance of digitizing these documents. Nowadays, everything involves technology. If someone wants to see something, they want to go online and retrieve it.”

Although the work doesn’t directly relate to electrical engineering, Yihdego says it does connect to his favorite hobby.

“I have a keen interest in photography, and I like that I’m getting some experience with it,” says Yihdego, who, as a busy student, also appreciates the quiet nature of the work.

Yihdego moved to the United States with his father and two brothers six years ago, attending high school in Malden before moving on to Bunker Hill Community College. There, he heard about the Francis College of Engineering, a place he could pursue his longtime interest in electrical engineering.

“My uncle owned a video store back home in Ethiopia, and I used to watch him fix TVs and radios,” Yihdego says. “I would help him out, pass him the screwdriver, and I just got a knack for it. So I figured, why not take it to the next level and study electrical engineering?”

Besides being involved with intramural sports at the Campus Recreation Center, Yihdego is a member of the Tau Sigma Honor Society for high-achieving transfer students.

“We help incoming transfer students get accustomed to the university,” he says. “Just like I had someone help me out, I want to return the favor.”

Now less than a year away from his electrical engineering degree, Yihdego hopes to land a co-op position this summer before turning his attention to the job market. He also looks forward to seeing his mother and sister, who still live in Ethiopia.

“I’m the oldest child in the family, so there’s a lot of responsibility on me,” says Yihdego, who is confident the university has prepared him well for the future. “I’m happy I came to UMass Lowell. I love it here.”