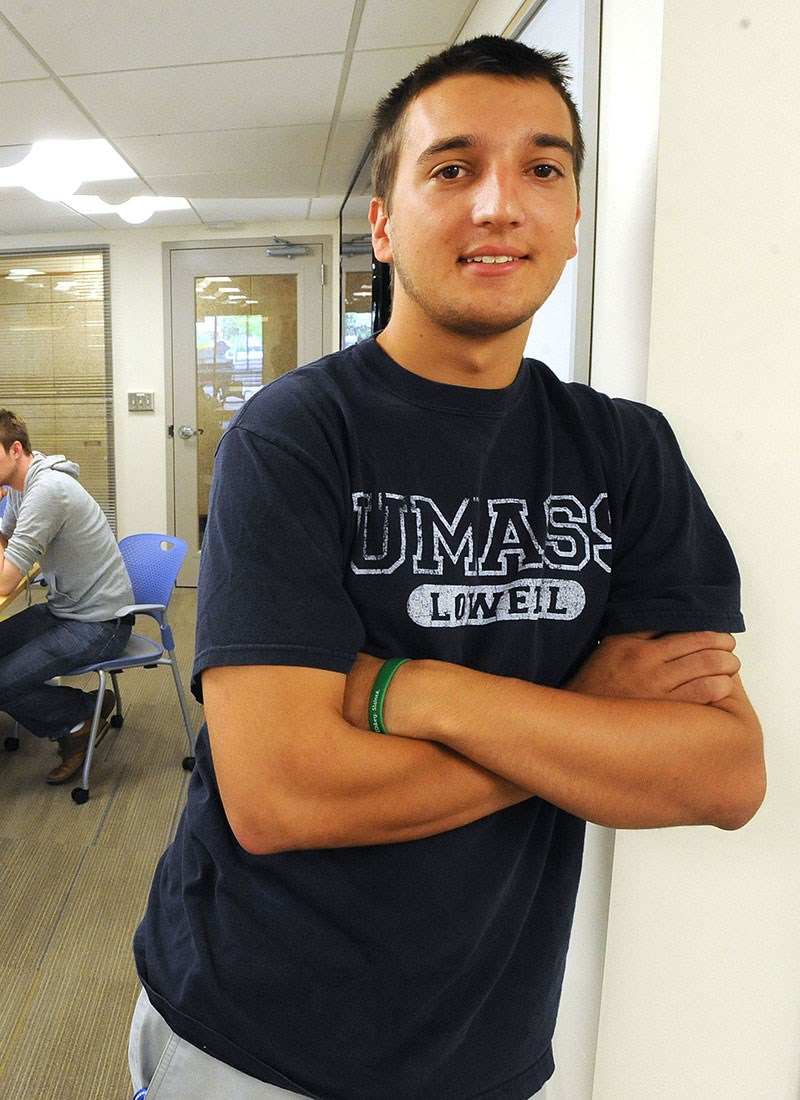 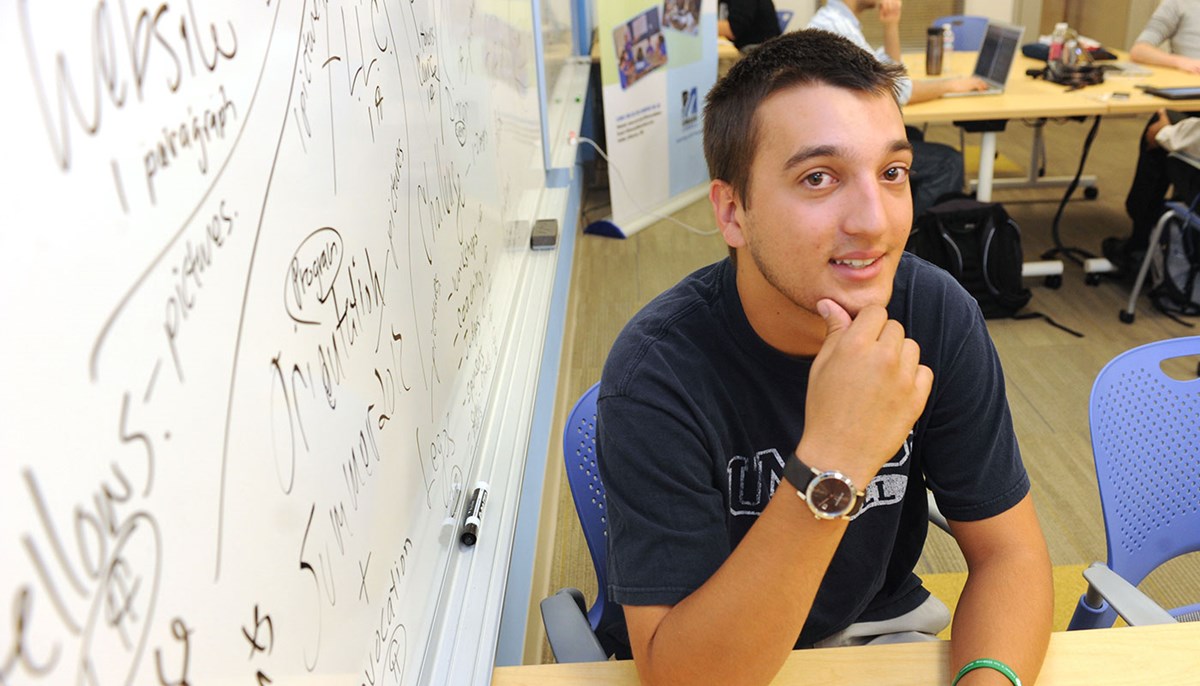 Coming from a family of small business owners, Gianni Falzone says entrepreneurship is in his blood. He is drawn to the challenge of bringing new ideas to solve tough problems and likes the responsibility that comes with starting a venture. So when it came time for college, Falzone decided to study business management and entrepreneurship at UMass Lowell.
“It was a good fit,” says Falzone, who earned his bachelor’s degree from the Manning School of Business in May 2013. His coursework, including classes on negotiation strategy and starting a new venture, provided a strong foundation for understanding how to build a business from the ground up.
To further develop his skills, Falzone decided to continue at the Manning School to pursue a Master of Science in Innovation and Technology Entrepreneurship. He feels the program will prepare him for a leadership role—whether in a startup or as an innovator within an existing organization.
“I considered all my options and I wasn’t ready to leave UMass Lowell,” he says.
As an undergraduate, Falzone emerged as a student leader. He was a member of student government and served as student representative to the Massachusetts Board of Higher Education. He was selected as a student alumni ambassador and as a member of Omicron Delta Kappa, the national leadership honor society. At Commencement, he received the Chancellor’s Medal for Student Service, one of the highest honors bestowed on graduates. During his senior year, he was named an Enterprise Scholar with the DifferenceMaker program, helping to get it off the ground. He is continuing to work with the program as a graduate student.
At UMass Lowell, Falzone learned firsthand that no matter what a person’s role in an organization, their contributions can make an impact and that an open and collaborative environment allows an entrepreneurial organization to thrive. As a student government leader, he met regularly with Chancellor Marty Meehan and his executive cabinet to provide input and feedback on a host of issues. Only at UMass Lowell could he have experienced that level of campus involvement, he says.
“I've gone to conferences with students from all over the country and they are all floored by the voice that students here have. That doesn't happen anywhere else,” he says.