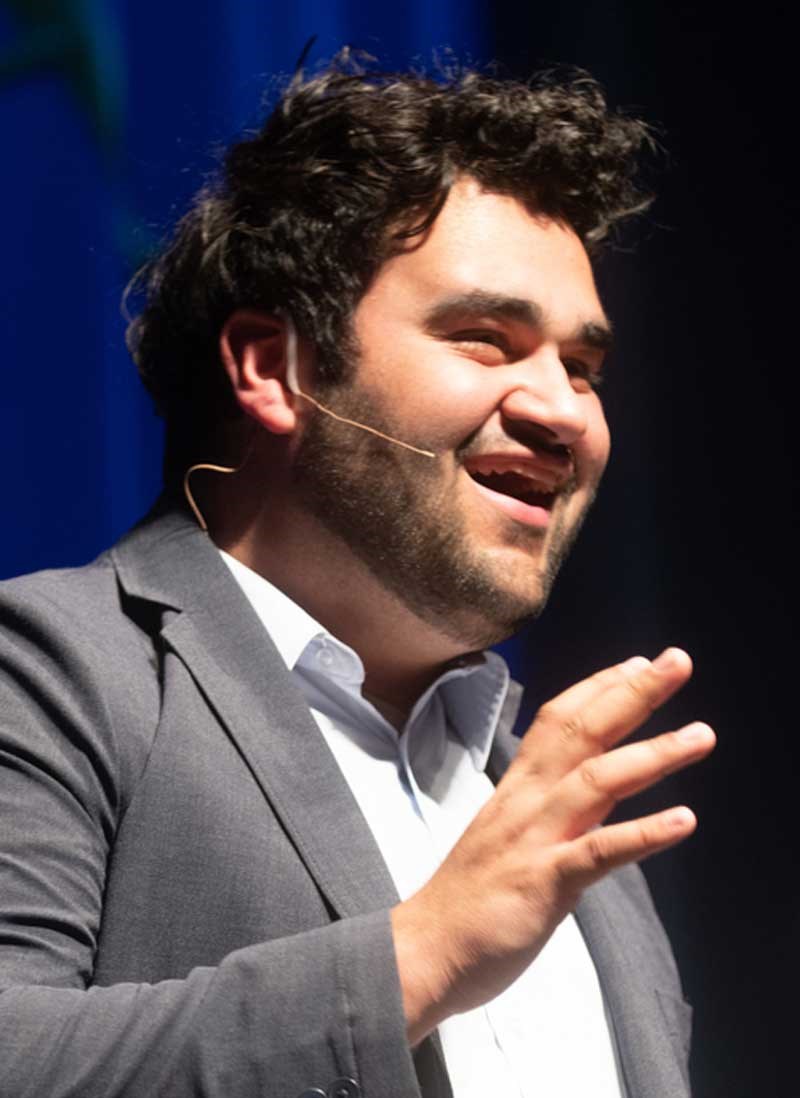 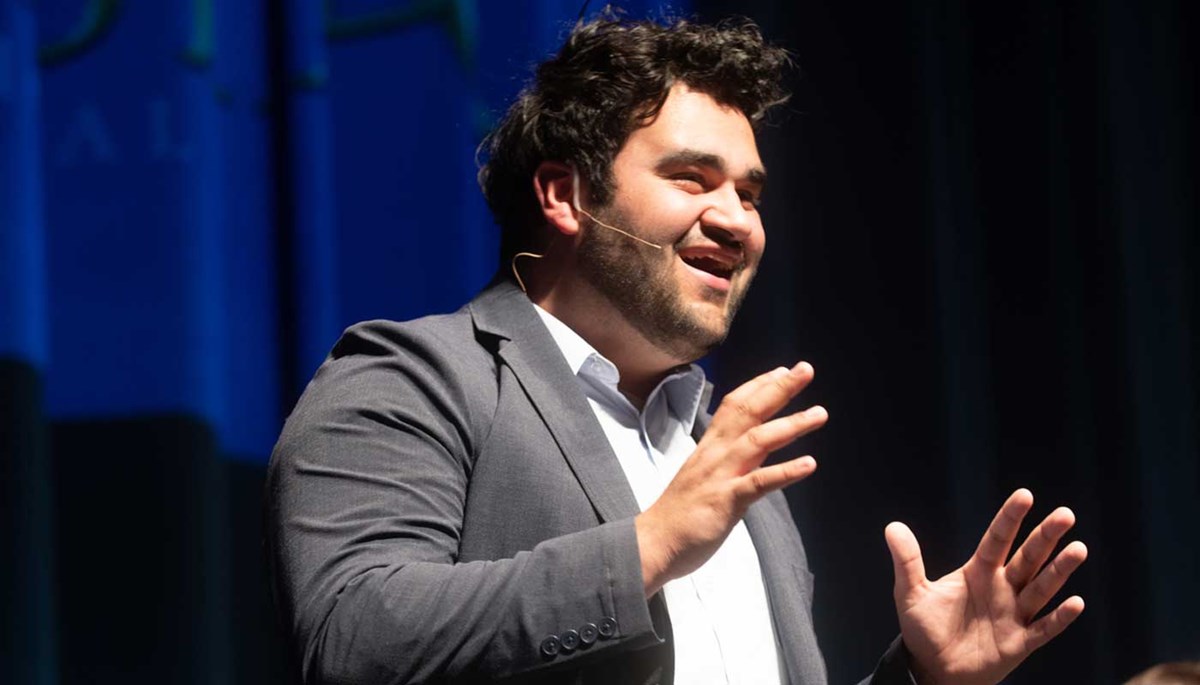 Cristian Ramos Delgado sang his way into Hawkapella, a men’s a cappella group at UMass Lowell, during his first semester on campus.

And after starting off as a biology major and then switching to chemistry two weeks into freshman year, he sang his way into the Music Department.

“I realized I didn’t want to go the STEM route,” he says.

Ramos Delgado switched his major to music, but he was uncertain whether to pursue a degree in music studies or music business. After a semester, he decided to pursue music studies and a minor in business.

Ramos Delgado also started out with a minor in theater arts – and ended up with a double major. As a fifth-year senior, he performed both a theatrical monologue and a Broadway duet at the Nancy L. Donahue Celebration of the Arts and won the Student Award for Excellence in the Arts in theater.

He aspires to act and sing in musicals on Broadway, and he will pursue that dream after graduation. He loves teaching, too: As a senior, he helped to direct a junior production of the musical “Annie” in Andover, Massachusetts.

“New York has always been a dream of mine. I want to chase as many performance opportunities as a can,” says Ramos Delgado, who is from Methuen, Massachusetts. “But I can definitely see myself going back to school eventually, getting my master’s in music education.”

Ramos Delgado is already a seasoned performer. As a sophomore, he auditioned for an a cappella men’s group, The Hyannis Sound, that performs every summer in churches around Cape Cod as well as at private parties.

“During my first couple of years in Hawkapella, there were a lot of a cappella nerds, and they introduced me to groups like Pitch Slapped, The Nor’easters and Hyannis Sound,” Ramos Delgado says. “I followed them and listened to all their music.”

While he didn’t make it into The Hyannis Sound on the first try, he made it to the finals. When he auditioned again as a junior, he got in.

Ramos Delgado says his business classes in marketing and social media came in handy during his first two summers with The Hyannis Sound, when, in addition to singing, he acted as their video content manager, working closely with the social media director.

Those two summers, the COVID-19 pandemic drastically limited their in-person performances, making social media even more important. After the group did an Alicia Keys cover and posted it on TikTok, it “blew up.” Keys contacted them, and they live-streamed the song with her.

“We now have over a million followers on TikTok,” Ramos Delgado says. “We even have a fan group. They named themselves ‘The Puddles.’”

Many Hyannis Sound alumni are living and working in New York – a network that will help Ramos Delgado find a place after graduation. No matter whether he ends up as a performer, a teacher, or in some other aspect of the music business, he knows he will land on his feet.

“I’m keeping my options as open as possible, because I can make an opportunity out of anything I do,” he says.