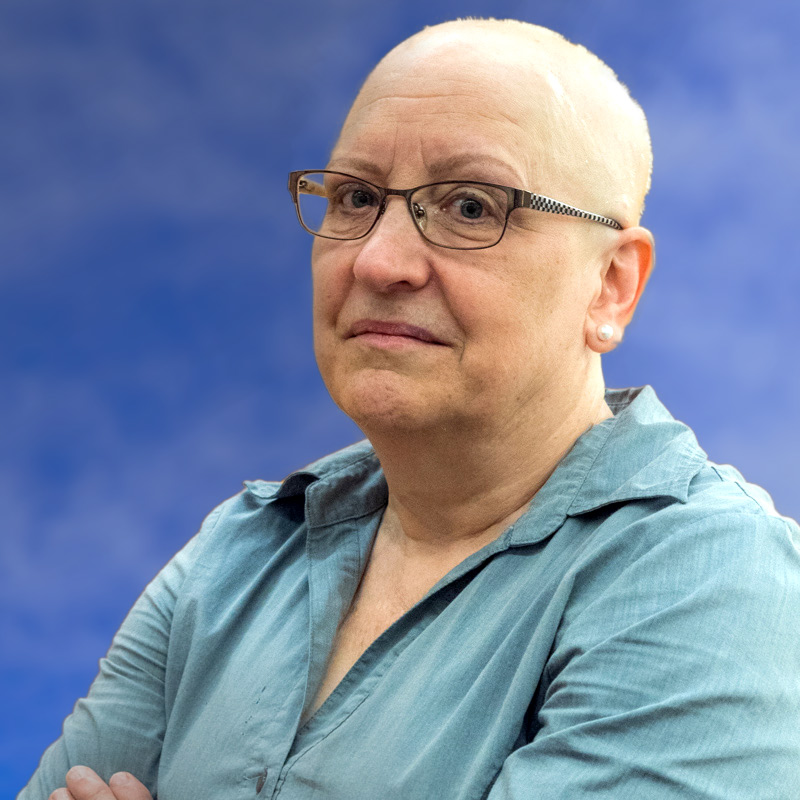 Judith Davidson is Associate Professor in the Graduate School of Education at the University of Massachusetts Lowell. She is one of the proud co-founders of the Research and Evaluation in Education Ph.D. program. A qualitative research methodologist, she is active within the Graduate School of Education and across the campus in supporting the robust use of qualitative research methods by faculty, staff, and students; extending knowledge of qualitative research nationally and internationally; and helping to move the cutting edge of methodological theory forward into new areas.
Since 2009, Davidson has also held an appointment as Research Associate at the Center for Women and Work at the University of Massachusetts Lowell, where she works with faculty and staff colleagues on studies that extend our understanding of gender and its implications in today’s world.
Davidson’s experiences with educational reform began as a student at John Adams High School in Portland, Oregon described in the educational classic--Tinkering Toward Utopia. Her interest in culture and its study was then honed in Japan where she studied Japanese language and literature and worked as an English teacher in the early 1970’s. She received her B.A. in Japanese Language and Literature with a minor in Writing for Children from Antioch University’s Seattle Campus in 1982.
She was the first graduate of the Reading Program of Bank Street College of Education in New York City, a leading institution in the progressive education movement. Her work in New York City included a year teaching second grade at the Bank Street Children’s School and leadership of the St. Agnes Branch of the New York Public Library’s Centers for Reading and Writing, an adult literacy program.
Her literacy experiences brought her to the Center for Early Adolescence at the University of North Carolina Chapel Hill where she headed the Project on Adolescent Literacy (1986-1991). An author of books and articles on literacy issues and the young adolescent, she travelled nationally visiting adolescent literacy programs and speaking to educators, community leaders, and policy makers about the literacy needs of young teens.
She received her Ph.D. from the University of Illinois in Champaign Illinois (1995), where she was able to wed her interests in education and literacy with her deep interest in qualitative research methods. Her dissertation became the subject of her later book, Living Reading: Exploring the Lives of Reading Teachers (Peter Lang Publishers, 2000).
Her post-doctoral work included a position as director of a research project at TERC, a non-profit educational research firm in Cambridge, Massachusetts, studying pioneering work to digitally network a cluster of K-12 schools on the army base in Hanau Germany (Hanau Model School Project). It was here she began to explore methodological areas that have become signature interests of her later work, including the use of visual data, digital tools for qualitative research, and the operation of complex teams in qualitative research.
Davidson arrived at University of Massachusetts Lowell in 1999, following a year as a lecturer in qualitative research methods at Boston College. Initially a member of the Leadership in Education doctoral program, she continued to gravitate toward a specialty in qualitative research methods. She was a co-founder and facilitator of the campus-wide Qualitative Research Network and, for many years, site administrator for the campus-wide NVivo license (Qualitative Data Analysis Software-QDAS). She is an international leader in the arena of digital tools in qualitative research and has written, presented, and organized international meetings on this topic. Her doctoral students have gone on to be leaders in this field. She is a co-founder of the Digital Tools Special Interest Group of the International Congress on Qualitative Inquiry. She is also known for her work in the area of arts-based qualitative research methods. Her most recent book is Sexting: Gender and Teens (Sense Publications, 2014).