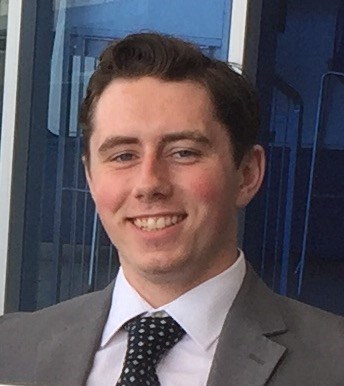 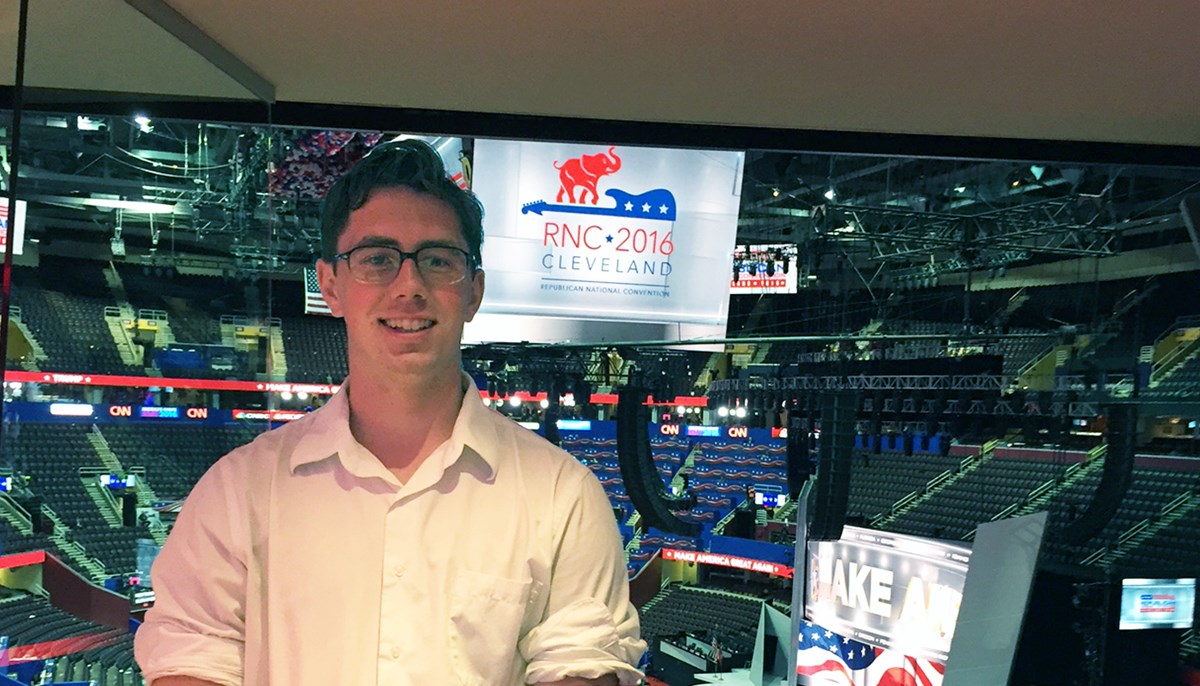 Tyler Farley '18 is a political junkie in the first degree.

An Honors College student from Taunton who's double-majoring in political science and economics, he's already found lots of opportunities to learn and contribute on campus and off – including publishing a paper in a respected academic journal.

Farley used the co-op scholarship he was awarded freshman year to do research with Asst. Prof. Morgan Marietta on the frequency with which Supreme Court decisions deal with social issues and facts, such as free speech or women's rights. Their paper was published in The Journal of Law and Courts.

"The work and research were exciting, and I learned to love the law more, especially the Supreme Court and constitutional law," Farley says.

During his freshman year, he managed to get into former Chancellor and current UMass President Marty Meehan's class on Congress, of which Meehan was a member for 14 years.

"I'm very ambitious. I'd like to go to Congress, the Senate and eventually be president. Who better to ask about my future endeavors than the guy who's already done it?" Farley says of Meehan.

But Farley, who is planning on going to law school, isn't just involved in scholarly pursuits. He volunteered for Republican presidential hopeful Sen. Marco Rubio in New Hampshire before that state's first-in-the-nation presidential primaries and also campaigned for Gov. Charlie Baker. He's served as a senator and chair of events planning for the Student Government Association and campaigned for his friend Lindy Reed as student trustee (she won). He's also active with the Political Science Club and M.A.L.E.S. – Men Achieving Leadership, Excellence and Success.

In July 2016, he experienced the ultimate political thrill, going to the Republican National Convention in Cleveland through the university's partnership with The Washington Center for Internships and Academic Seminars.

Farley spent two weeks in Cleveland. The first week, he attended seminars about politics and the logistics of putting together a national political convention. The second week, he interned as a runner for CNN from 3 p.m. to midnight each day. Overall, Farley found the convention fascinating and inspiring.

"It was exciting and made me feel part of something bigger. One day, I hope that's me on that stage and I'm the one inspiring people."