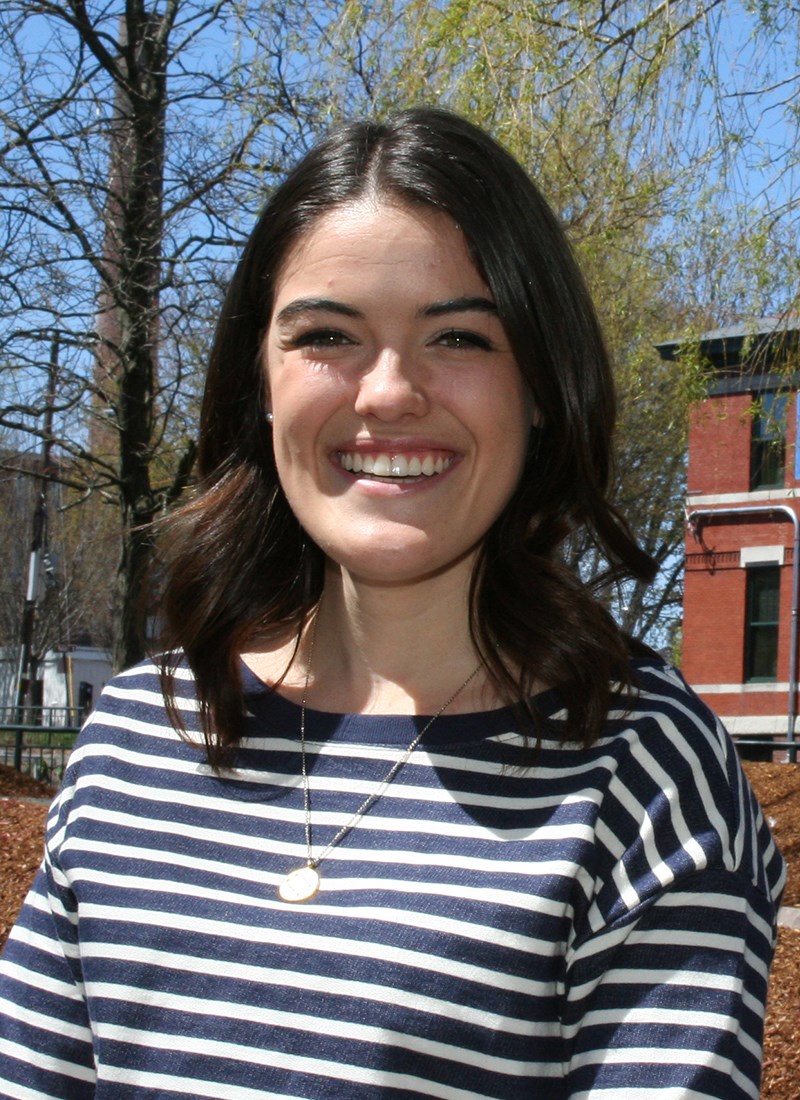 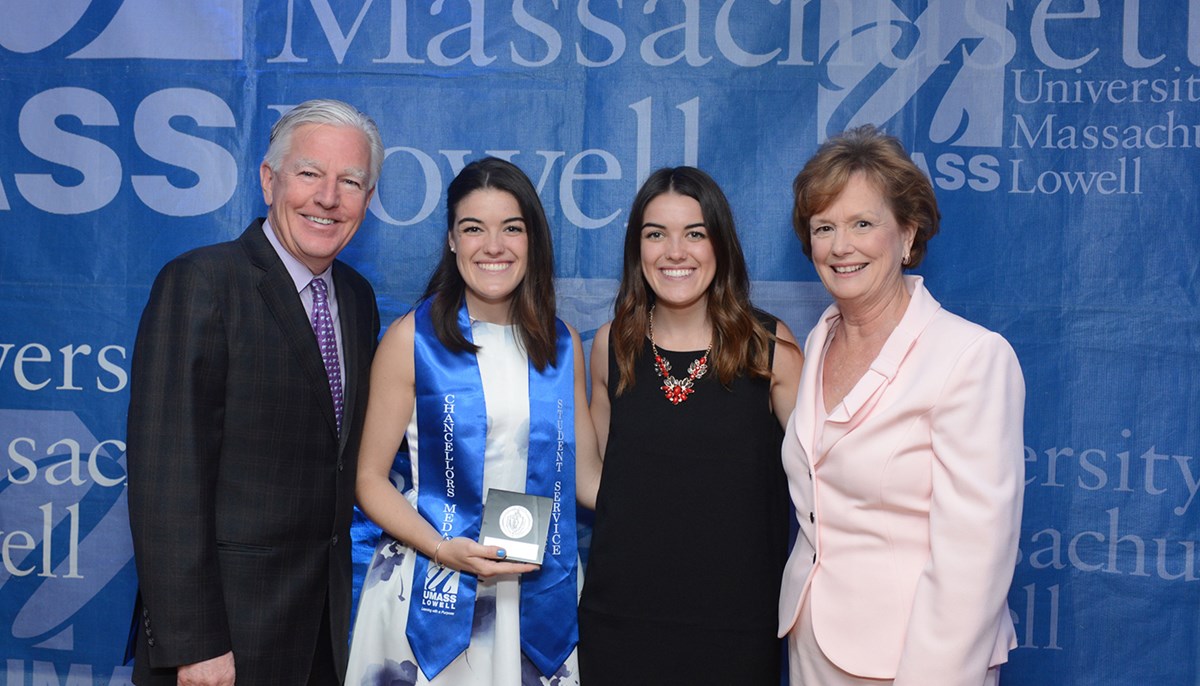 Kelly Freitas wasn’t even sure she wanted to keep playing field hockey heading into college. “I was looking at some art schools,” the Manchester, N.H., native recalls. “I wanted to study illustration.”

Then she and her twin sister, Jenna, ran into UMass Lowell field hockey coach Shannon Hlebichuk. They were recruited as a package deal. “I checked out the school and really liked it,” says Freitas, who was impressed with the graphic design program in the College of Fine Arts, Humanities and Social Sciences. “Not a lot of schools have art and athletics. It was the perfect fit for us. It was the only school I applied to.”

And looking back four years later?

“I definitely made the right choice,” says Freitas, who graduated with a bachelor of fine arts with a concentration in graphic design — along with a bevy of academic and extracurricular accolades. The short list includes:

While Hlebichuk is grateful for Freitas’ on-field contributions at midfielder and back during a four-year career that saw the River Hawks move up to Division I, that’s just part of her story.

"Kelly is one of the most remarkable young women that I have had the honor of coaching,” Hlebichuk says of Freitas, who started all 19 games as a senior co-captain. “Her commitment to service has been outstanding, and her leadership within the field hockey program and throughout the entire campus community has been incredibly impactful."

Indeed, there’s little Freitas didn’t do on campus. She was elected president of the Student-Athlete Advisory Committee her senior year and served on the America East Student-Athlete Advisory Committee. She was Public Relations Chair for the Student Government Association. She worked as a graphic design intern for the Office of Student Activities and Leadership, was an ambassador for Team IMPACT and belonged to the American Institute of Graphic Arts.

“I tried to get involved with as much as I could,” she says. “Being able to do all these things made me feel like, what other athlete has that opportunity at these really big schools? That’s when I knew that this is the place where I wanted to be, because it has become such a home for me.”

For her Senior Studio, a year-long final project, Freitas designed a book that explored, through visual presentation, her relationship with her twin sister, who also earned her BFA. “It was a lot of work, but it was really exciting,” says Freitas, whose work was on display at the Spring BFA Exhibit at Mahoney Hall.

In addition to her art studies, Freitas landed summer internships at New Hampshire Magazine and Flair Boston Brides + Maids, owned by alumna (and former field hockey player) Stacey Kraft ’05. Freitas’ goal is to work as a graphic designer at a magazine, but she knows her degree gives her many options.

“It’s nice knowing you can go in so many different directions with it, like branding or marketing,” says Freitas, who began an internship with the design firm Industry 11 (located in Lowell’s Mill No. 5) following Commencement.

Looking back on all her accomplishments, Freitas is especially proud of being part of the last class of Division II recruits that led the River Hawks into Division I competition.

“It was really challenging moving to Division I, but I wouldn’t change it,” says Freitas, who scored her first college goal in the program’s first Division I win, a 3-2 victory over St. Francis University in Pennsylvania in 2013.

“Some of those moments where it was really, really hard, and we’re playing against these unbelievable teams and not doing well, just pushing through that adversity, I feel like it was a really good life lesson.”