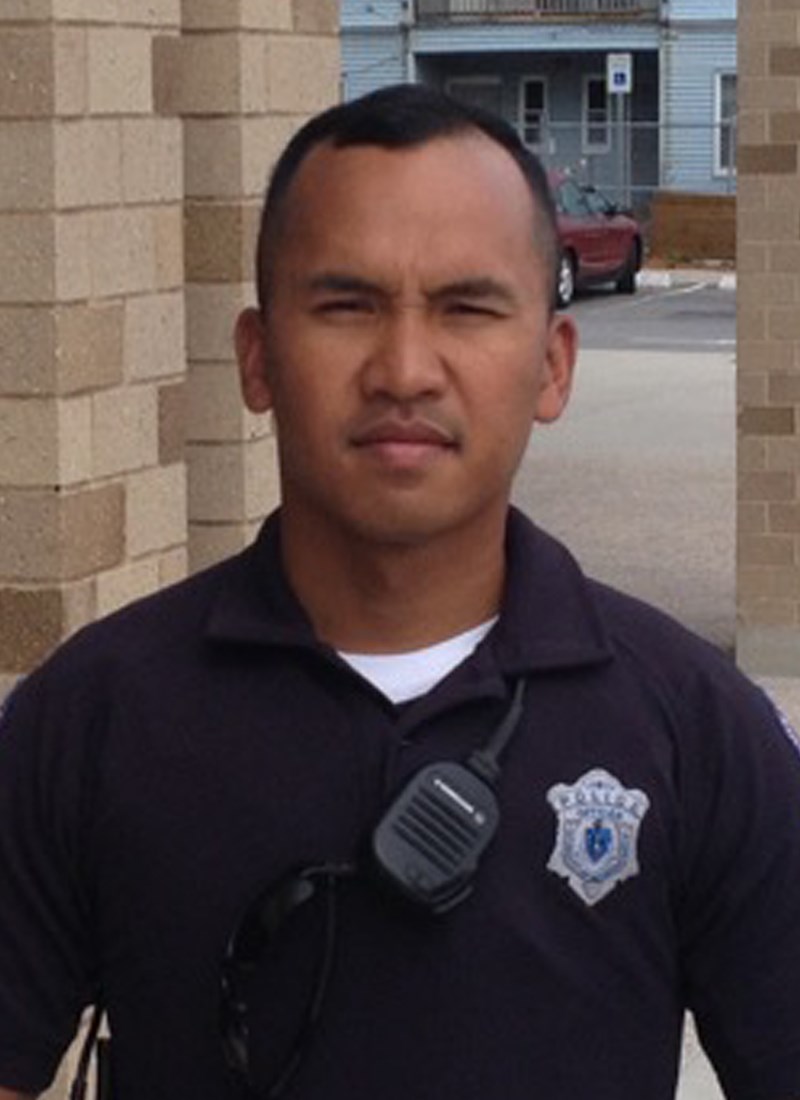 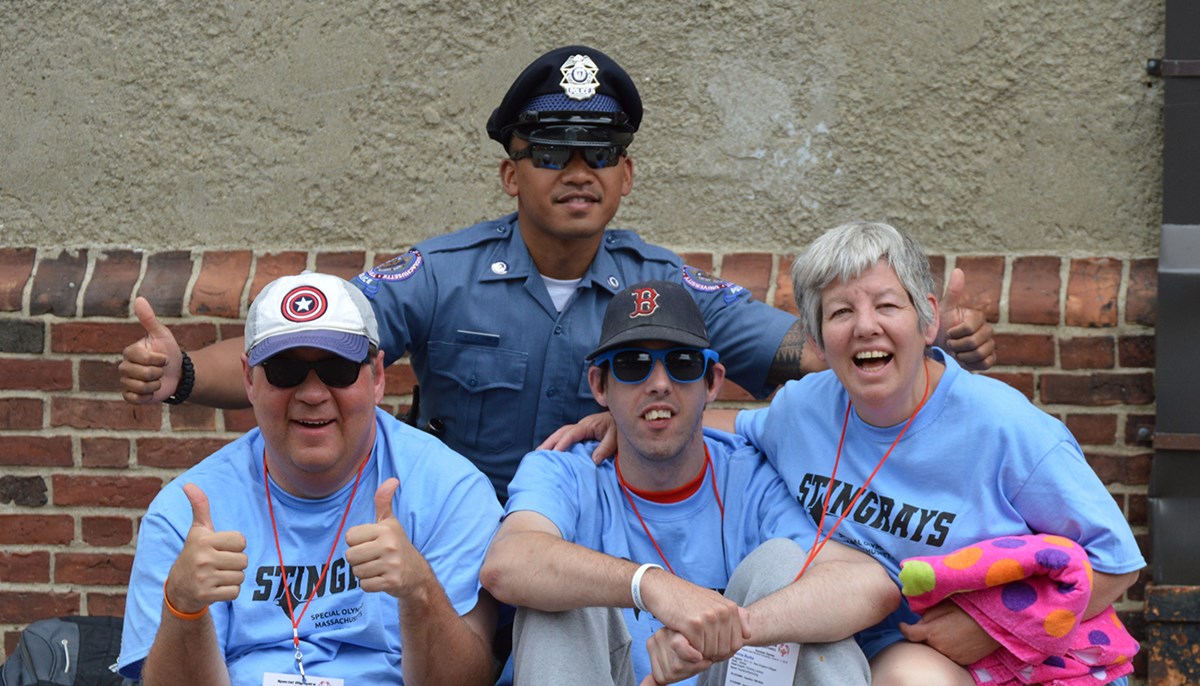 Normally a convoy of more than 150 police cruisers, their lights and sirens blaring as they come down the street, would be cause for alarm.

This time was different.

“It was an absolutely great event,” says Sann, a second-year member of the campus police force who is also closing in on his management degree from the Manning School of Business (with a concentration in finance). “This is something that not everybody gets the opportunity to do, and it was great that I was able to represent the UMass Lowell Police Department.”

The officers had the chance to hand out medals and awards while posing for photos with the athletes and their families.

“Everyone was thanking us for being there, but we were the thankful ones for being allowed to participate in such a great event,” Sann says. “It opens your eyes. These athletes are going through so many challenges and yet you see how hard they worked just to compete. It gives you a better perspective on life. Hey, if they can do it, why can’t you?”

“I was happy that Officer Sann volunteered to represent our department on the special day,” says UMass Lowell Police Chief Randy Brashears. “Nationally the Special Olympics and law enforcement have had a long and supportive relationship, and Officer Sann did an excellent job connecting with the athletes.”

Born in Cambodia, Sann was just a few months old when his family moved to Lowell in 1984. He grew up in the Acre neighborhood — just down the street from the campus police headquarters — before ultimately attending his hometown university.

“I love it here. The Acre itself is changing so much, and it’s nice to be part of the transition,” says Sann, who along with fellow Officer Ashley Daniels recently received the Chief’s Award for Dedicated Service for their efforts in tracking down three area juveniles suspected in a string of vandalism incidents.

With just two more classes remaining to complete his degree, Sann is positioning himself nicely professionally. “A law enforcement career was always something I was interested in,” he says, “but it’s nice to have corporate finance as a backup.”