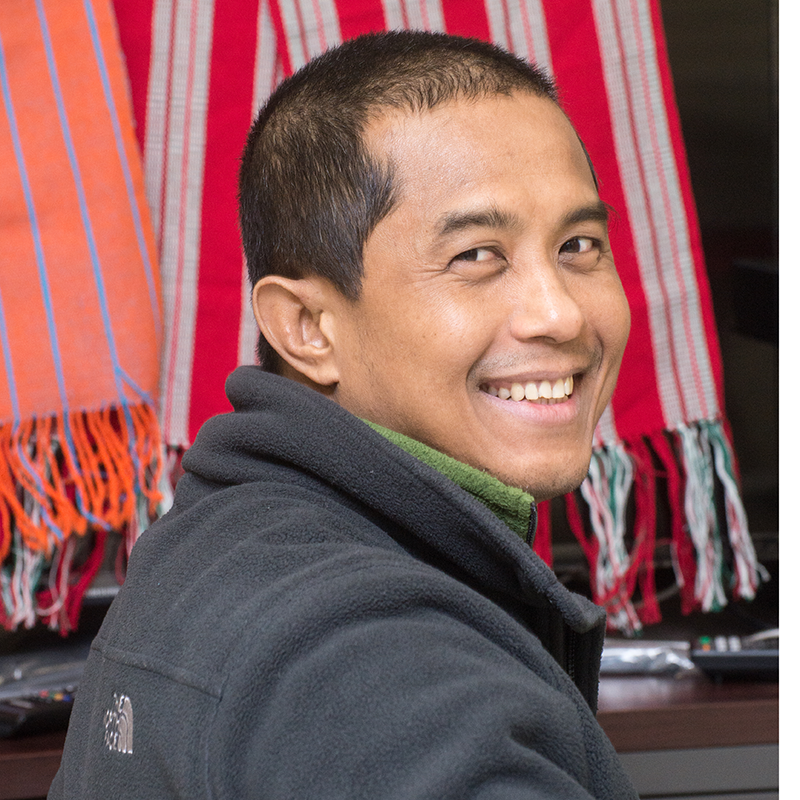 James Aung was 30 years old when he left Myanmar in 2004. He spent two years in a refugee camp in Thailand before being selected for an intensive course that helped him pass his GED exams and prepared him for college in the United States.

Aung came to Boston as a refugee in 2008. He soon relocated to Lowell because the International Institute of New England asked him to translate for a family of refugees with a sick child—and that led to a job as a community health worker in the city, helping refugees and political asylum-seekers navigate the American health care system.

While working full-time and sending money back to his family in Myanmar, he earned an associate’s degree from Middlesex Community College, attending part-time. When he transferred to UMass Lowell, he decided to major in economics because an introductory class had showed him how government economic policies could help people struggling to raise their standard of living—or hinder their progress.

“I saw how policy affects the grassroots. You can favor the rich, or favor the poor,” he says.

Aung is passionate about helping others, especially the approximately 300 Burmese immigrants in Lowell. As a community health worker, he sees an overwhelming need to extend services for refugees and asylum-seekers after government resettlement services end—which is usually one to three months after refugees arrive in the United States.

“They have been in the camps for many, many years, and a few months of resettlement is not enough,” he says. “Imagine that within one month, you have to settle your family, you have to find a job, you have Medicaid registration, school registration—and you have to learn English.”

So together with Political Science Chairwoman Ardeth Thawnghmung and other immigrants from Myanmar, he started the Burma Volunteer Group, which became the SayDaNar Community Development Center in 2012.

On top of working and studying full-time, Aung spends at least 10 hours a week volunteering as SayDaNar’s executive director and helping new immigrants with everything from filling out job applications to calling their landlords. He and Thawnghmung have also gotten UMass Lowell faculty and students involved with SayDaNar through service-learning classes and internships.

Now he’s doing an independent study with Economics Chairwoman Monica Galizzi, who is helping him analyze all the data on Burmese immigrants that SayDaNar has collected over the past five years. “We’re looking at the services they ask for, what they need and how policies could change to help them better,” he says. “I’ve been lucky to have many professors who always go beyond and support the students.”

Now 43, he plans to return to Myanmar after graduation and work for a nonprofit, building peace by addressing poverty and influencing the country’s economic policies. Better yet, he hopes to start his own nonprofit.

“My other dream is to be a social entrepreneur, to start a place that will sell things or generate money for SayDaNar,” he says. “And it will also be a training place for people who want to learn customer service or start their own business.”