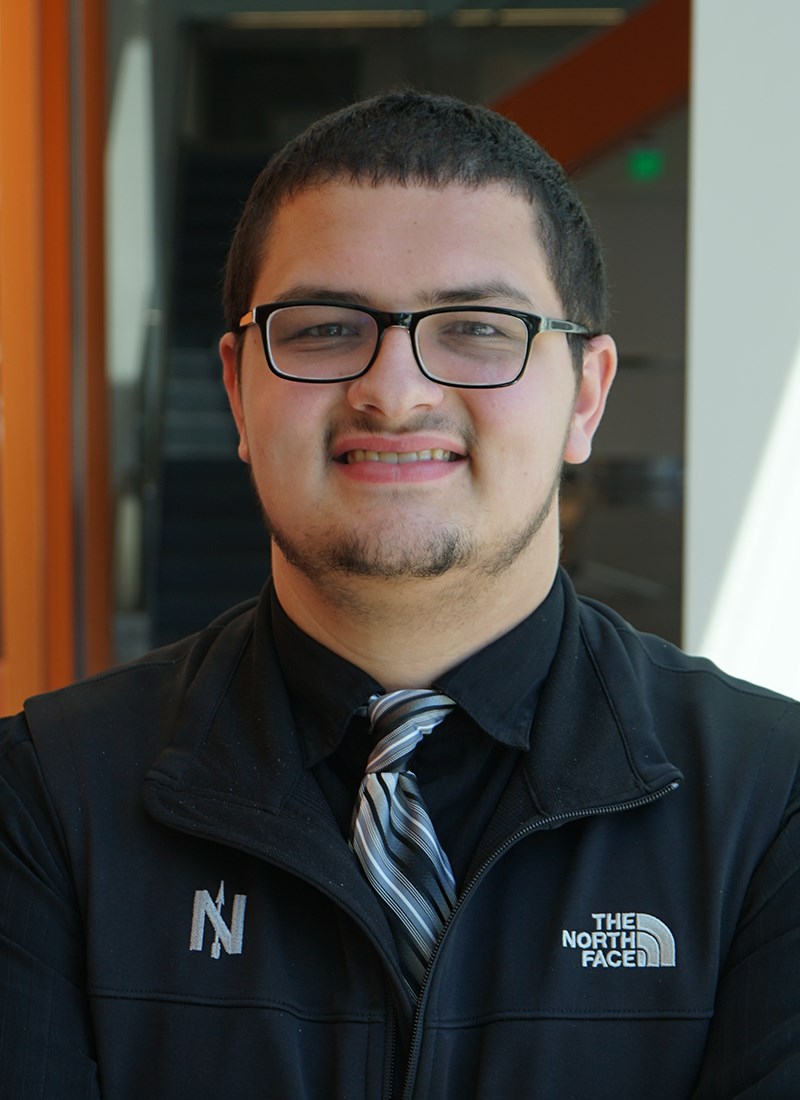 You don’t have to study accounting or finance to know how much a $10,000 scholarship can help out with college expenses. It just worked out that way for Chris Burns.

A rising sophomore in the Manning School of Business, Burns was one of five students from the UMass system to receive the $10,000 William Bulger Presidential Scholarship this spring. The commuter student from Billerica says the endowed scholarship, named for the former UMass president, will help him pay for half of his remaining undergraduate tuition.

“I was shocked to win. It’s a big relief,” says Burns, who is proving adept at winning scholarships; he was able to pay for his first year of college entirely with private scholarships, avoiding student loans.

“His maturity in understanding the importance of achieving his education with minimal debt is impressive,” says lecturer Deb Finch, who adds that Burns came into the Manning School with a “strong sense of purpose” that helped him stand out.

Burns discovered a passion for the business world at Shawsheen Valley Technical High School, where he originally planned to pursue HVAC training before making a fateful, last-minute switch to business. During his junior and senior years of high school, he landed a co-op job at Northern Bank and Trust, where he still works as a teller today.

“I enjoy working directly with customers who need financial services,” he says. “The experience has opened my eyes to what the business world is really about.”

Burns plans to enroll in the university’s Professional Co-op Education program as a sophomore and hopes to land a co-op in Boston’s Financial District, perhaps with Fidelity or Putnam Investments.

He’s also helping launch a new money management club on campus this fall, open to students of all majors.

“I think each generation is becoming less and less financially literate,” says Burns, who is majoring in business administration with concentrations in accounting and finance. “With digitalization, everything is automated, and people don’t know what’s going on behind the scenes. It’s kind of troubling, actually.”

And if he could share one piece of financial advice with his peers?

“Always owe, within reason,” he says. “Having debt out there allows you to build your credit and build a better future for yourself. If you owe, it teaches you responsibility.”