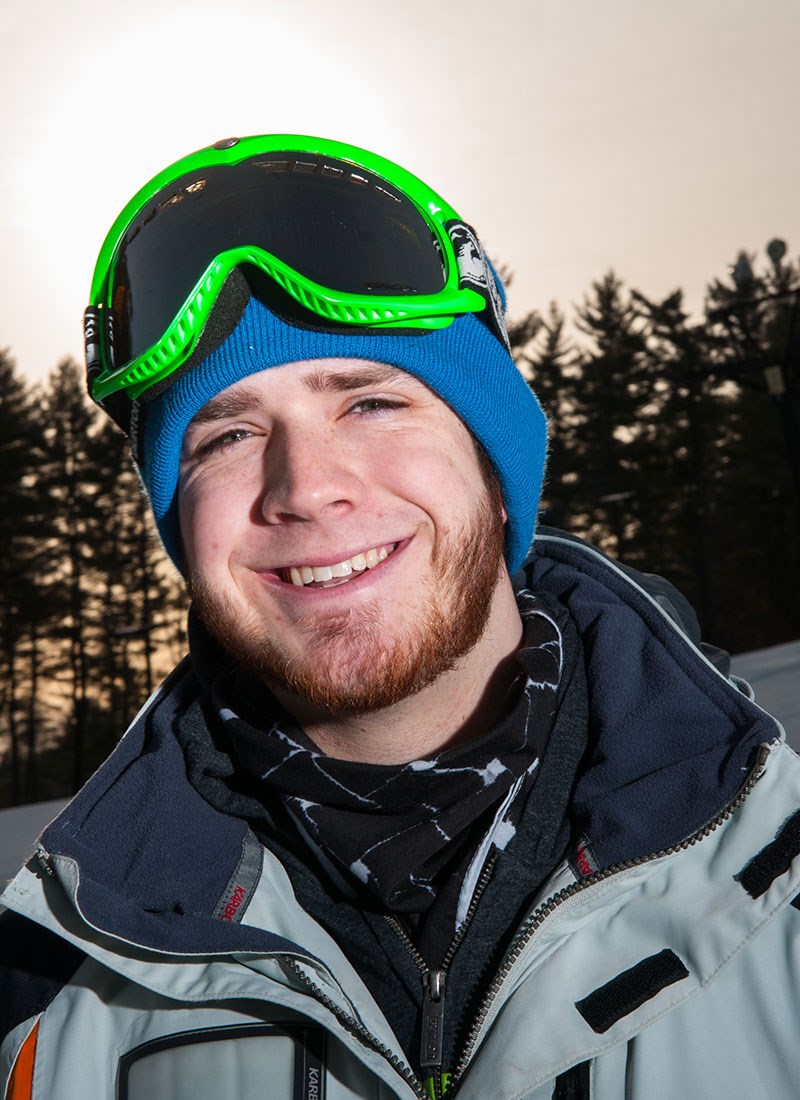 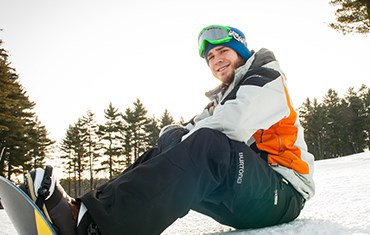 For plastics engineering major Alexander Rick, a co-op position at Burton Snowboards was a dream job, a perfect alignment of his personal passion and professional goals.
A dedicated snowboarder since third grade, Rick spent January to May 2012 at Burton’s headquarters in Burlington, Vt., working on designs for the company’s 2014 product line. He parlayed his zeal for boarding, his engineering skills and work experience from a previous engineering co-op job at SMC Ltd. into an offer from Burton.
“I loved working at Burton. You don’t have a bad day there,” says Rick, who graduated in December 2013.
Rick heard about the opportunity at Burton from a coworker at Nashoba Valley Ski Area, where he supervises snowboarding instructors. He was among a handful of candidates interviewed for the Burton job, which involved creating three-dimensional models of equipment, building and testing prototypes and handling other design projects. With his experience with injection molding and his mastery of SolidWorks computer-aided design software, he was prepared for the role.
“I hit the ground running,” he says.
Burton’s laid-back corporate culture was a good fit for Rick. He liked the casual dress code and the fact that employees bring their dogs to work. And perks like steep equipment discounts, a season pass to nearby Stowe Mountain Resort and a mini-pipe in back of the building for after-hours skateboarding — only added to the experience. The thing he liked best, though, was knowing his work impacted a sport he loves.
“When people think of progress in snowboarding, they think of a double-cork 1080. But new technology in the equipment is progress, too,” he says.
Rick had a third co-op placement the summer after he returned from Burton, this time working at Albright Technologies, a Leominster manufacturer of silicone parts for the medical device and other industries. With three co-op jobs combined with his coursework, Rick had extensive professional experience and engineering skills when he entered the job market.
Rick, who grew up in Chelmsford, says his experience in the Plastics Engineering department has exceeded his expectations.
“The professors are all fantastic and the alumni really support the school,” he says. “Plastics is a growth industry with good career options.”
An ideal career for Rick would be working for a sporting goods company, particularly one that makes snowboards. But based on his co-op experience, he is open to other possibilities like those in the medical device industry. Wherever he ends up, he wants to know he’s making an impact through engineering.