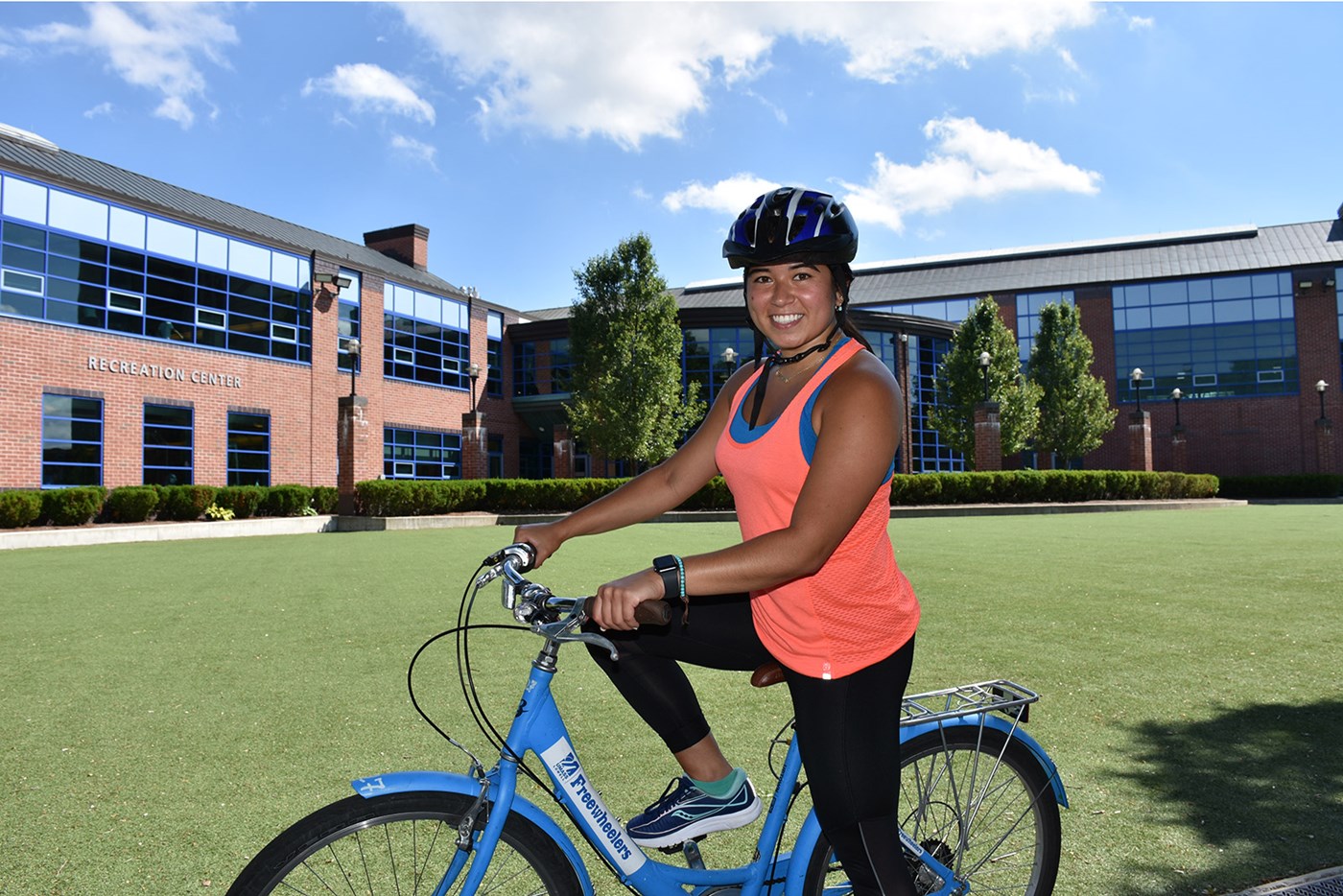 Bicycles may not be stored in public areas such as hallways or stairwells unless stored in a designated area. Bicycles may be stored in designated storage areas, as well as student bedrooms or suite living rooms within the residence hall or outside the building. Bicycles may not be hung on walls or ceilings. All motor vehicles (including motorcycles and motorized scooters) may only be parked in parking lots. Fuel and fuel storage tanks are not permitted in the residence hall for any reason. All motor vehicles must be registered. Bicycles need to be removed / taken home, at the end of the academic year; bicycles not removed will be considered abandoned and will be disposed. Refer to http://parking.uml.edu.

Bicycles parked in ways that could be an emergency hazard or potential safety hazard will be subject to immediate removal and impoundment by campus police.

Bicycles that are obviously inoperable or significantly rusted will be subject to immediate removal and impoundment by campus police.

Bikes suspected of being abandoned will:

If bike has not been moved or retrieved after the 14 day tagging period:

Impounded bicycles may be claimed in person at the UMass Lowell Police station.

To claim a bicycle the owner must provide reasonable proof of ownership such as:

All bicycles being claimed must be registered before being released to owner.

Bicycles left unclaimed will be evaluated by the UMass Lowell Bike Shop and be either: